By Kate Morgan
Winifred and a piece of her aboriginal artwork. Before the Covid 19 outbreak, Winifred volunteered every year in the Cheyenne River Reservation in South Dakota, USA (Photo: Conor Healy)

Co-operative Housing Ireland (CHI) launched its ‘No Place like Home’ campaign in October. CHI represents, promotes and develops co-operative housing in Ireland. Since its foundation in 1973 CHI has provided over 6,000 homes through home ownership, shared ownership and social rented co-operatives throughout Ireland.

The No Place like Home campaign stemmed from the evolving role home has had to play during the pandemic. Home is where we live, but also where many of us now work and where we seek refuge from the virus – but a safe secure home isn’t a certainty in everyone’s life.

The aim of the campaign was to illustrate the importance of a safe secure home through the experiences of CHI members. Many people’s income and sense of job security have been affected by the pandemic. The organisation  has learned from its members that having a place to call home in challenging times is one less thing to worry about. One such CHI member is Winifred Kelly, who moved into a CHI home before the outbreak of the virus.

“There has been so much uncertainty for me personally, well before the Covid crisis. The security of my new home came at such a fragile time which has helped me greatly. It’s wonderful to have rent that can adjust according to my income,” she says.

Wini continues: “It’s been a difficult year but moving into my new home has been incredibly positive for me. The space is stunning. I have rented for years and I don’t think I have ever had a place this nice. I love the communal garden and I can open the double doors when there’s fine weather and enjoy it even more. The community here look out for each other in whatever way we can.”

As part of restrictions here, as in many countries, older people and those with underlying conditions have had to take extra precautions during the pandemic. CHI member Seán Murphy turned 80 this year during some of Ireland’s most stringent restrictions. He spent five years living in an apartment before moving into his new CHI home two years ago, a bungalow in the same town. As part of the campaign, Seán spoke about his experience of life at home during Covid on RTÉ news, a national broadcaster in Ireland.

“The apartment wasn’t practical because it was on the first floor and I had to walk up 17 steps to it, which I found tough. I have COPD (chronic obstructive pulmonary disease), so you can imagine my breathing by the time I got to the top of the stairs,” Seán says.

Seán says moving to a more accessible home has improved his everyday life, and he can continue with his passion for gardening.

“Overall, I’m very positive about life, I have a fine and snug home no matter what happens – I’m extremely lucky,” he says.

Covid-19 has presented many challenges for CHI as an organisation, but it continues to deliver homes and are on track to deliver a record number of houses this year, despite the pandemic. Amanda moved into a CHI home last month after renting for several years. While renting, she and her family lived in six homes in the last five years before moving into their new
CHI home.

“It’s the not knowing how long you’re going to get to live somewhere when you’re renting that really gets to you, especially with kids. Knowing that this is going to be our forever home has made a huge impact on us – it’s an unbelievable sense of security,” Amanda says.

She continues: “When I told my daughter Áine, who’s six, that we were moving again her first reaction was, ‘oh no, we’re not moving again.’ I had to explain to her that this was going to be our forever home. She couldn’t believe it because it was our sixth move in five years,” Amanda says.

2019 was a landmark year for Co-operative Housing Ireland, with the organisation delivering 371 new homes throughout the country, 50% more than the previous year, furthering its mission to become a vibrant national organisation with a footprint across Ireland. This is a record number for the organisation and follows on from a record year in 2018.

To learn more about Co-operative Housing Ireland and the No Place like Home campaign visit cooperativehousing.ie 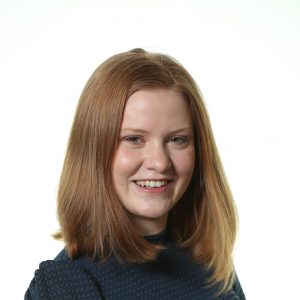 Kate Morgan is the Marketing Officer of Co-operative Housing Ireland.