2018 is a milestone year for the Bristol Bike Project, a co-op that has helped more than 2,000 people from marginalised communities become independently mobile and gain new skills.

The initiative took off in 2008 when founding members James Lucas and Colin Fan started repairing bikes and taking them to the Bristol Refugee Rights centre for people to use.

A volunteer at the centre, Mr Lucas had seen the challenges faced by disadvantaged and marginalised people when trying to be independently mobile, and he hit on the idea of the Bike Project during a cycling tour of Norway.

“The seeds were sown during that four-week trip,” he says, adding that “it became clear quite quickly that there would be a group of people that would really benefit from having a bike.”

After putting up posters asking for unwanted bikes, they received donations from across the city. The project soon outgrew its original premises, a back garden in Montpelier and an old horse stable on the outskirts of Bristol, and moved into Hamilton House, a community art and social space located in the Stokes Croft area of Bristol.

They expanded the workshop space, registered as a Community Interest Company and set up a trading arm to fund the charitable work. The co-op
now works with over 60 organisations across the city, including Bristol Refugee Rights, Bristol Drugs Project, Second Step, Unseen, and the Big Issue, who refer people for its Earn a Bike scheme.

Participants in the Earn a Bike programme take part in a one-to-one workshop with a co-op mechanic to learn basic bike maintenance and take away a free bike at the end of it. The scheme includes a young person’s session and a women-only Freedom of Movement workshop.

The Women’s Night brings together around 13 people each week to share knowledge and skills in a friendly atmosphere.

Freedom of Movement workshop attendee Amintata Coulibali says: “I felt at home. Even though I knew nothing about the bikes, they took time to explain everything.”

Each week, the co-op gives out as many as eight bicycles a week, and helps an average 30 people to repair their bicycles via its Fix-a-Bike and After School Bikes sessions. 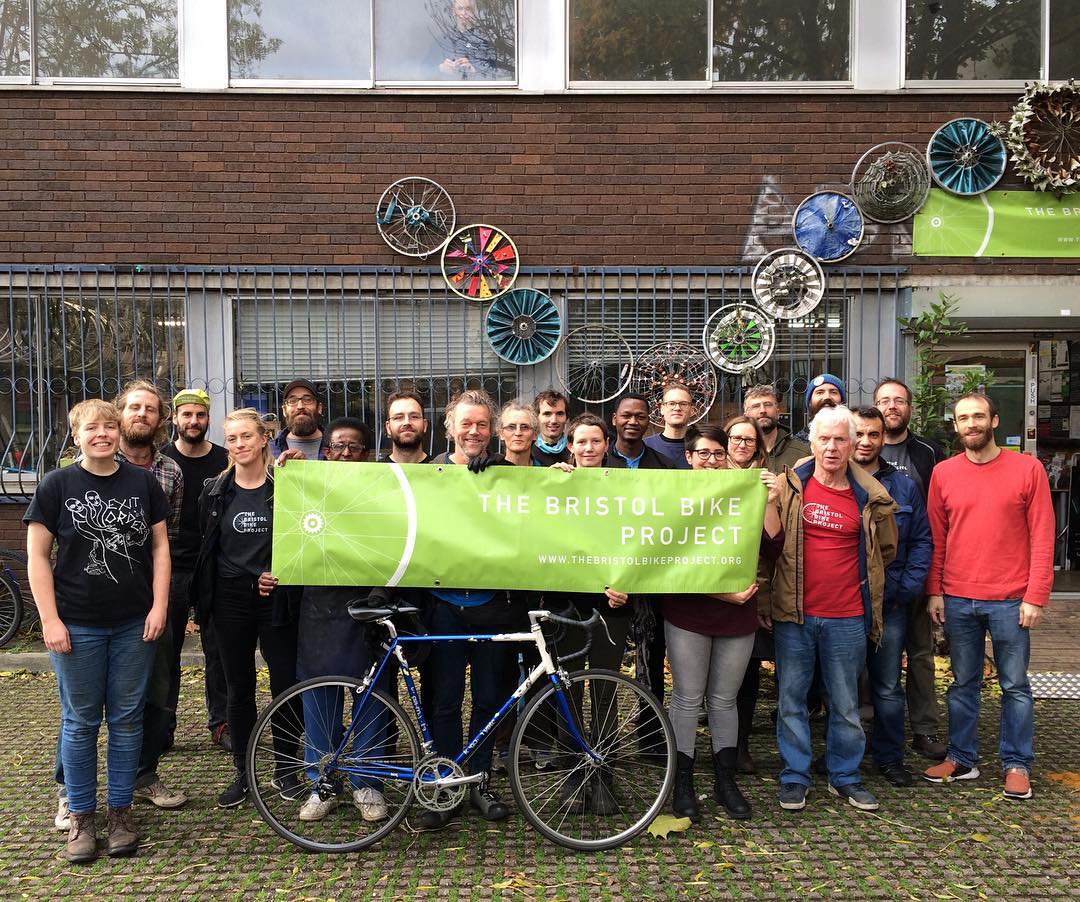 It also runs maintenance courses for the public. Each week six people can access the service, an affordable way to learn bike mechanics skills.

Maintenance packages vary from £35 to £75; a brake service or gear service is £18 while tyre fitting costs £6. Mechanics are available for hire via the Dr Bike service, with sessions priced at £130 for up to four hours. Bikes are also up for sale from £120. The funds raised support the co-op’s community work.

Since March 2017, the co-op has been working with Life Cycle UK to help 10 of its regular volunteers gain a nationally recognised bike mechanics qualification, free of charge.

The co-op has 170 members and over 100 volunteers, some of whom end up taking on more responsibility or even taking jobs with the organisation. “Almost everyone working here now volunteered at some point,” says community coordinator Krysia Williams. The co-op employs 18 people, most of them working part-time.

Members need to have volunteered at the co-op more than twice a month for two months to qualify to join. Financial contributions are not required but current members need to nominate prospective members.

In collaboration with Hengrove Family Cycling Centre, the Bristol Bike Project is working with seven different schools in some of the most deprived parts of Bristol, delivering six-week bike mechanics courses.

Caroline Beatty, a former director of Bristol Refugee Rights, thinks the project “has it all”.

Sean, who was referred to Earn-a-Bike by Bristol Drugs Project in 2010 and has remained involved as a volunteer ever since, says having a bike and being involved in the Project has changed his life.

“Finding the Project was such an important part of my recovery,” he adds. “The bike keeps me clean. But the best thing about this place is that it is immediately welcoming. Anyone who has been an addict will know just how important it is to be accepted in that way.”

The model has inspired other communities across the UK as well as in other countries. “We get messages from people all the time asking how to do the same; we get co-ops asking for advice
and receive inquiries from people who are running other types of organiations who have seen what we are doing,” says Ms Williams.

To mark its 10-year anniversary, the co-op released a video telling the story of some of the volunteers and members involved in the project. The short film was first shown on 8 November as part of a celebratory event showcasing their work. The event also featured an exhibition and presentations from partner organisations and people who benefited from the project.

The co-op plans to expand its projects around young people and gender equality. For now it is faced with the hurdle of having to find new premises as the future of the building hosting them has become uncertain.

“Our biggest priority is searching for a new home. We would love to find a new space where we can grow our projects, each programme can be expanded,” says Ms Williams.