By Anca Voinea
The Group’s senior beer buyer Richard Dennett with members who did the testing - Sam Dineley from Bristol; Tom Packman from Essex; and Robinsons' head brewer, Martyn Weeks

A range of member-designed beers has sold over one million pints at the Co-op Group food stores.

The retailer involved around 70 of its members in a brainstorming process to come up with taste notes on the beer labels and shelf edge labels, with three comments chosen for use by the retailer’s beer-buying team.

Richard Dennett, senior beer buyer at the Group, said: “It’s great to see that this project, which brings innovation and excitement to the category, has been a big success with customers.

“Innovation, quality and price are major factors in the recent sway of consumer opinion of own-brand. We have recently redesigned our beers, ciders and spirits range to offer a cohesive and eclectic range at a time when the popularity of own-brand products continues to rise.” 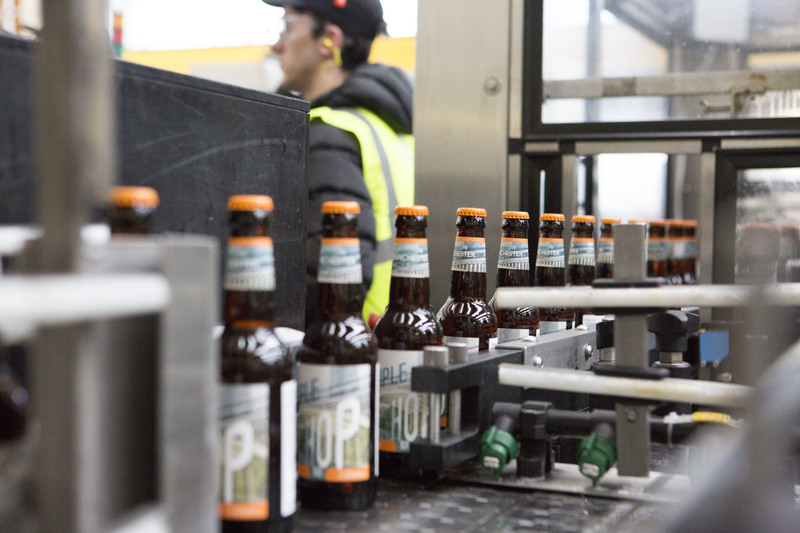 Kate Flanagan, off-trade manager for Robinsons Brewery, which produced the beer, added: “We were delighted to work with the Co-op and brew its first member beers.

“In addition to showcasing our brew house and the sorts of great tasting beers we can produce, it’s been an incredibly collaborative project that demonstrates the real value that Co-op members can bring to the production process.

“The beers have been on Co-op shelves just over a year and we’re very proud to see they have been such a success; selling over one million pints in this time is an astonishing achievement and is credit to the design, quality, and taste of the beer itself.”

The three beers chosen – Golden Ale, IPA and Triple Hop – are each brewed with fresh spring water filtered down from the Peak District. Robinsons Brewery, a group of independent brewers, has been in Stockport for almost two centuries. It also owns around 260 tenanted and managed pubs, inns and hotels across the north west.

The Co-op Group sources from local producers, particularly smaller brewers as part of its local sourcing strategy for beer and wine. It has also established a local ale range and supported microbreweries.