'British farming should be known for quality and welfare. We should not make leaving the EU the starting gun for a race to the bottom'

Co-op Group chief executive Steve Murrells warned against a ‘cliff-edge’ departure from the EU during his keynote business lecture to the Oxford Farming Conference last week.

Mr Murrells, who was discussing the theme of ‘embracing change’, said Brexit negotiations should aim for a co-operative process that “allows us to continue to build higher standards in the food industry and remain an influential player on the world stage”.

He told the event, on 5 January, that the UK would need to keep a close working relationship with other nations to ensure progress on issues such as climate change, farming standards and business resilience in volatile markets.

And he called for continued rights for EU nationals working in the UK, saying their work was essential to the agricultural sector, and to the Group itself.

He told the conference: “In my view, for Brexit to be good for Co-op members, good for farmers and good for Britain, it needs to be a ‘co-operative Brexit’ in the broadest sense of the word. It needs to be an exit that avoids a cliff-edge departure.”

Turning to specific issues, he said: “Climate change is one of those big issues that’s already changing the way we live and work and do business. I welcome Michael Gove’s commitment to caring for the environment, which he made at the conference yesterday. It’s good news that future farm subsidy payments will be used to encourage farmers to protect our planet.”

He added: “The Co-op has a long history of campaigning on environmental issues. What we’ve learnt is that there’s only so much we can do by ourselves without also working with local authorities, national government and our competitors. And as a nation you can’t tackle climate change alone.

“The air and the sea don’t recognise lines on a map. So our future relationship with Europe has to recognise that a co-ordinated, co-operative approach to climate change is needed if we’re to create level playing fields for businesses all across the globe.” 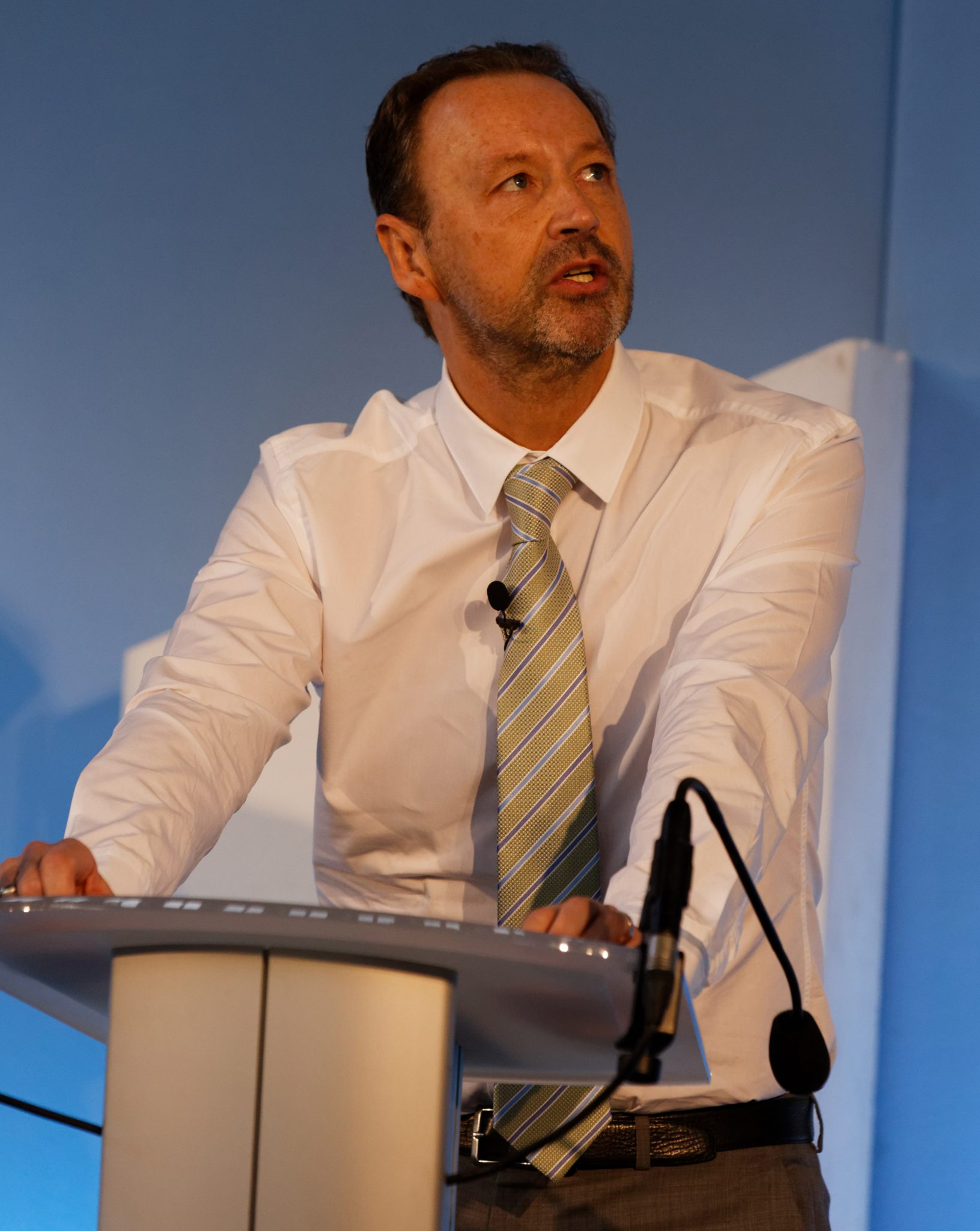 “At the Co-op we currently employ thousands of colleagues from the continent,” he said. “They work in our stores, in our logistics depots and in our funeral homes. They are part of our working family. We want them to be here, and we need them to be here.”

He said the issue of EU nationals in the workforce was also “absolutely critical” for many agricultural businesses.

“Thankfully, as stage one of the negotiations came to some kind of resolution at the end of last year, it looks like this concern has been addressed,” he added. “But, as the politicians keep reminding us, ‘nothing is agreed until everything is agreed’. That means we don’t yet have a resolution that gives individuals, their families, and the businesses they work for, the security we all need.

“The bottom line is we don’t have the right labour in the right places that we need it in UK today. And we are an ageing population. We’ll continue to need both skilled and unskilled labour to come to this country to work in many sectors. Let’s not make that harder to achieve through an ‘un-co-operative Brexit’.”

He told the event that Brexit would create opportunities as well as risks, and said standards would need to be maintained to take advantage of these.

“The exact nature of our departure will determine how the scales tip at the end of the day,” he argued. “My belief is that British farming should be known for quality and welfare. We should not make leaving the EU the starting gun for a race to the bottom.

“We already have world leading standards of animal husbandry, traceability, and care for the environment. Let’s build on that reputation rather than lose it.”

And he said: “We live in a world where every major economic and social issue we face has a global dimension … one thing’s for certain – you can’t embrace change like this by becoming ‘little Britain’.

Related: Irish co-op body on its concerns over Brexit

“We will need to become global ‘co-operators’ in the broadest sense if we are to tackle the biggest threats and make the most of the greatest opportunities that are out there. All of this points to the need for a co-operative Brexit and I’m hopeful that’s where we will end up by the beginning of next year.”

However, UK agriculture still faces issues that pre-date Brexit, which will remain after the UK leaves the EU, he warned.

“Wherever we end up by March 2019 – harmonised, aligned, converged, or tipped into WTO – farmers will still need to embrace change.”

Mr Murrells told the conference that the co-op model was one way to strengthen the sector, adding: “I’d like to see practical steps included in the government’s new food and farming policy to encourage more co-ops in farming because we know it creates greater resilience, fairness and sustainability especially in times of market volatility.”

And he advised agricultural businesses to :