International  The World Council of Credit Unions is now accepting nominations for its youth scholarship programme. Young people under 35 have until 1 June to submit their nomination...

The World Council of Credit Unions is now accepting nominations for its youth scholarship programme.

Young people under 35 have until 1 June to submit their nomination form and supporting materials. WOCCU will award scholarships to five recipients for an all-expense-paid trip to the 2016 World Credit Union Conference in Ireland. To qualify, they must demonstrate leadership, personal commitment and the potential to significantly influence credit unions from their own country or abroad.

WOCCU has also created a new alumni network for its World Council Young Credit Union People programme. The network was designed to offer international peer-to-peer engagement opportunities to past and
current participants.

“An investment in young staff’s professional development – with a global focus – helps strengthen their commitment to credit unions and ability to attract their peers as members worldwide,” said Brian Branch, president and chief executive of WOCCU.

A partnership between the FAO and Italian food chain Eataly will help a women’s co-operative in Ethiopia sell their products in Europe.

The co-operative, which produces marmalade, has received training to improve its harvest and increase quality standards. The five women members of the Mekelle co-operative have produced 4,000 jars of cactus pear marmalade, which will be sold in Rome for €3.50 each.

“Our lives have changed since we started in this endeavour,” said Tsega Gebrekidan Aregawi, founding member of the co-operative.

Along with other members of the co-operative, she met the FAO director general, José Graziano da Silva, at the African Union Summit in Addis Ababa.

“These are the kind of results we expect from agriculture,” said Mr Graziano da Silva.

Nicola Farinetti, chief executive of Eataly, added: “This is an important trial run for cactus pear jam on international markets, and presents an excellent opportunity for the Mekelle cooperative to support itself.”

A Canadian credit union has launched a Layoff Relief Plan in response to the closures of Target, Sony and Mexx. Vancity Credit Union will be helping members and non-members who have been made redundant and are facing financial difficulties.

Around 18,000 employees face losing their jobs.

“As a values-based business, we understand that supporting people in times of financial uncertainty is key to developing a healthy community and strong local economy,” said Linda Morris, senior vice-president at Vancity. “That’s why we support our members in good times and bad”

The plan offers the opportunity to consolidate existing loans from Vancity and other financial institution and defers payments for up to three months.

A multi stakeholder co-operative statistics working group has been launched in Turkey, which has become the first pilot country to follow up on the Resolution on statistics on co-operatives.

The Turkish co-operative movement welcomed the creation of the co-operative statistics group, confirming it would play an active role and provide support to the working group.

ILO’s Turkey office along with ILO Statistics and ILO COOP will offer further technical assistance to the working group on a needs basis and through progress meetings that would take place every six months.

Speaking at the round table, president of the National Co-operative Union of Turkey, Muammar Niksarlı, said that Turkish co-operatives were unable to show their strength at international level due to the lack of statistics. While administrative data exists at local level, this is not aggregated, processed and analysed properly, he explained.

Simel Esim, Head of the Cooperatives Unit at the ILO, also supports the project. “We are looking forward to other countries joining this important and much-needed initiative,” she said.

The government of the Philippines plans to use small co-operatives and other ordinary lenders to provide financial services for the poor.

During a two-day conference on financial inclusion, finance undersecretary Gil Beltran highlighted the important role played by co-ops and small lenders in reaching people in rural areas where traditional banks do not operate. He added that more people could be reached through the use of technology, with mobile and branchless banking.

The government will be looking at how to help set up mutual benefit associations to help those in remote areas gain access to financial services. Mutuals also have higher levels of participation than banks, said Mr Beltran. Outstanding micro-finance loans in the Philippines have grown from 2.6bn Philippine pesos in 2002 to 9.4bn pesos in 2014, while the number of micro-finance borrowers has grown from 390,000 to 1.6 million.

The two-day conference was part of the Asia-Pacific economic Cooperation (APEC) forum, which took place in March.

Inclusivity was one of the key issues on APEC’s agenda, with delegates signing a roadmap proposed by the Philippines to make the region more resilient and inclusive in the years to come. 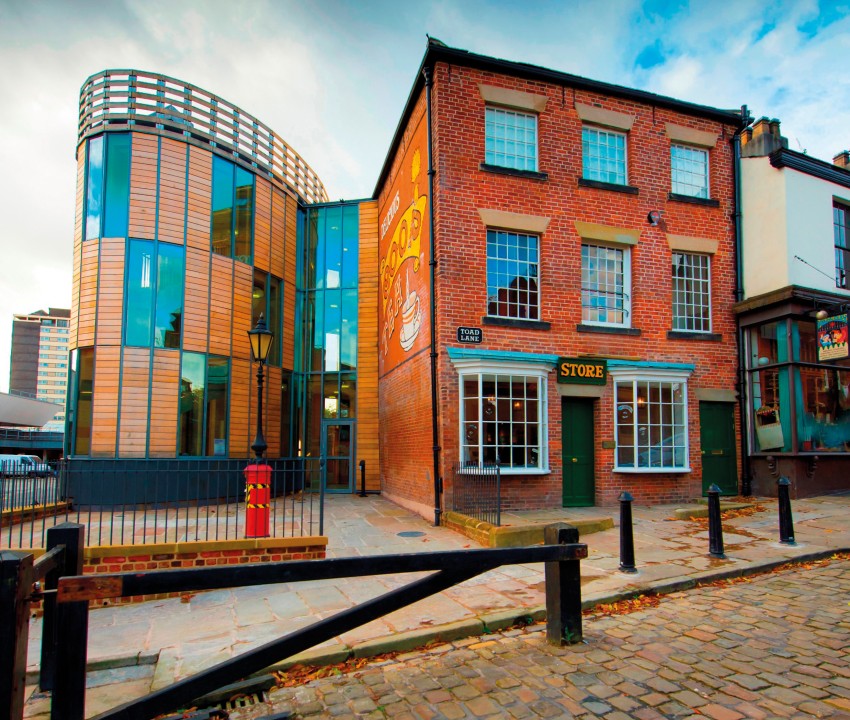 A new interactive itinerary is promoting co-operative heritage in Europe. Officially launched at a conference in Brussels on 24 February, Cooproute, the European Route of Cooperative Culture, includes around 80 destinations.

These are co-operatives and museums that preserve local cultural and industrial heritage while promoting co-operative values. Rochdale Pioneers’ Museum, which represents the birthplace of the modern co-operative movement, is one of the tourist attractions included in the route.

Speaking at the launch of Cooproute, Luca Dal Pozzo, president of CECOP, said: “By meeting tourists, co-operatives can easily transmit their culture and values, which play a key role in building the European society. Supporting Cooproute is an opportunity we offer to enrich our citizens through the diversity which the co-operative culture represents”.