Break out the camping gear for a programme of co-op events at the arts, faith and justice weekend

Following a successful premier at last year’s Greenbelt Festival, we will be making a comeback this August Bank holiday, with Midcounties,
Co-operatives UK and New Internationalist helping us to fund our own venue again, the Exchange.

If you’ve never been, Greenbelt – at Boughton House, Northants, from August 24 – 27 – is an arts, faith and justice festival that attracts about 10,000 people of all ages, including large numbers of families, young people, community activists and a wide range of people across the public sector. But until last year – when the theme was The Common Good – the co-operative movement did not have a presence at the festival at all.

However it’s a great place for co-operators to go, because many festival-goers are thoroughly dissatisfied with the status quo – and are looking for something different. Most of them know little about what co-operation has to offer, which means that they are a very interested, receptive, questioning and enthusiastic audience.

Last year, together with Co-operative Energy and the Phone Co-op, we introduced people to student housing co-ops, worker co-ops and energy co-ops; we held drop-ins and workshops for people interested in finding out more; we had panel discussions and we featured some speakers (Pete Westall, Vivian Woodell, Ed Mayo) both in the Exchange and on the main festival programme. 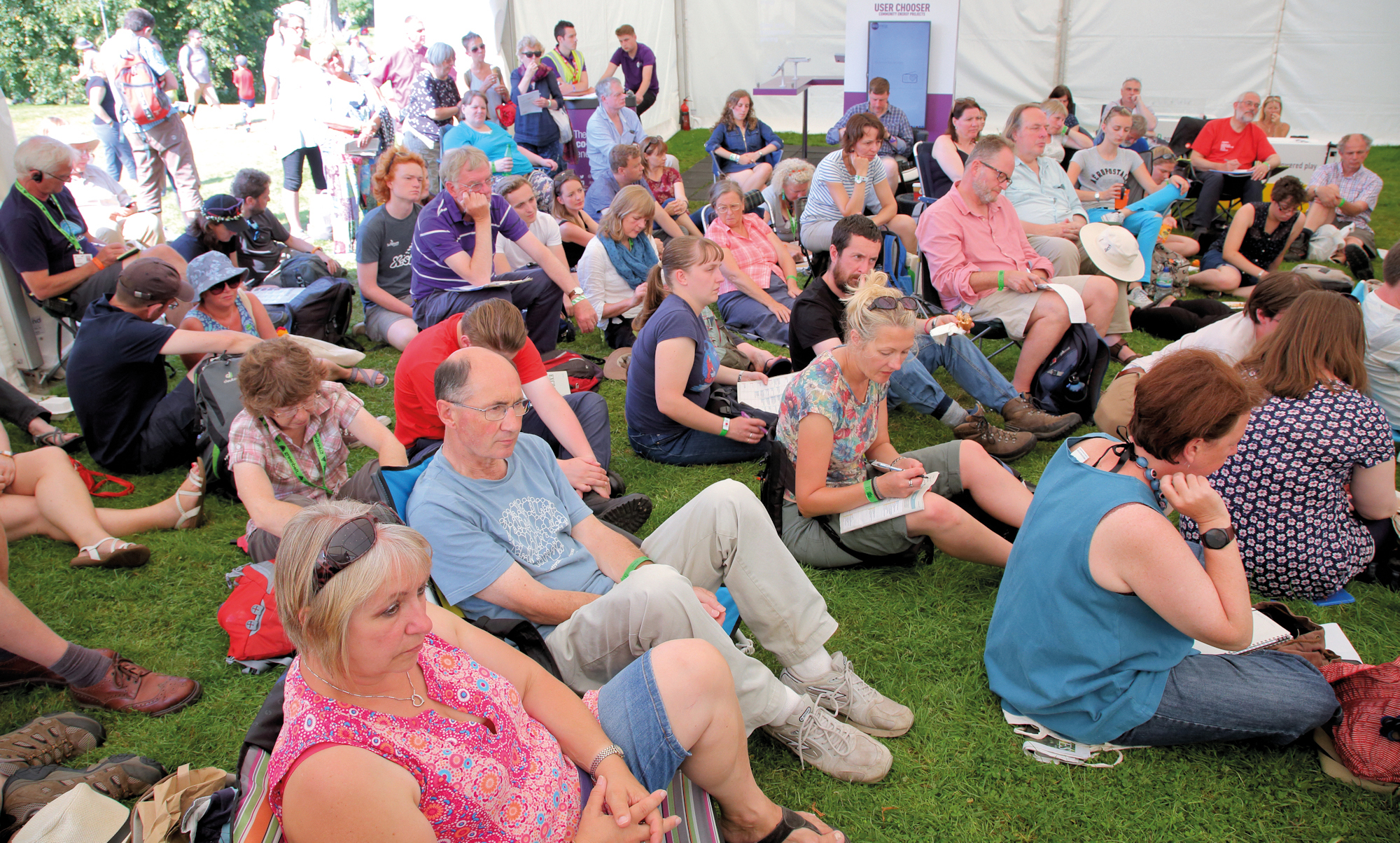 This year in the Exchange

As an added incentive to entice festival-goers into the Exchange in its new prime location in the centre of the site, Midcounties is providing wi-fi, the only space with internet access on the whole site. We expect some visitors.

And of course there’s loads of other stuff going on at , including masses of music (Pussy Riot are headlining), comedy, poetry, dance, drama … There is a wide range of very enticing street food available, a decent wine bar, and excellent beer.

Last year, apparently Ed burst into song (I missed it) when he was supposed to be speaking.  He wanted to be able to boast that he had sung at Greenbelt. I suggest that this year, we crowd fund a campaign to STOP him singing again, with the proceeds to go to …

It’s a great event, in glorious surroundings, which will leave you uplifted, challenged, exhilarated and exhausted. It would be great to see you there.

David Alcock is a partner at Anthony Collins Solicitors. He leads the firm's legal work for co-operatives, social and community enterprises. He supported Locality in their Arts Council England research on community managed libraries.

Use the .coop domain to sell your difference, co-ops told
Previous