Is Fairtrade in trouble?

The decision by Sainsbury’s to introduce its ‘own brand’ of Fairtrade has caused widespread concern in the world of ethical trade.

Under its Fairly Traded Social Premium, which now applies to the retailer’s Red Label and Gold Label tea, farmers and workers will only be able to access funds if they are successful in applying for grants for investment following project proposals. Over 229,000 tea producers could be affected by these changes which, it is feared, could be just the start of a major breakaway by the high street giant and other retailers if the pilot project is a success. 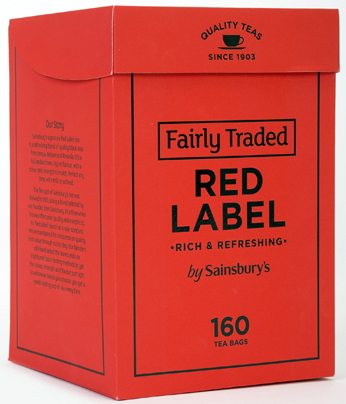 The scheme will be housed and managed by Sainsbury’s Foundation and has already been dubbed ‘colonialist’ by angry smallholders, who have made it clear they are extremely unhappy with the changes.

In an open letter following a recent meeting with Sainsbury’s bosses in Nairobi, tea producers from across East and Central Africa and Southern Africa Networks of Fairtrade Africa wrote: “We told Sainsbury’s loud and clear: your model will bring about disempowerment.

“We are extremely concerned about the power and control that Sainsbury’s seeks to exert over us. We work for, own our product and own our premium. We see the proposed approach as an attempt to replace the autonomous role which Fairtrade brings and replace it with a model which no longer balances the power between producers and buyers.”

The farmers say the scheme will strip them of hard-earned rights and benefits attained over more than 25 years of Fairtrade certification and have urged Sainsbury’s to re-consider.

The Fairtrade Foundation, which has been at the heart of the movement since its formal launch in 1992, has decided not to back the pilot project due to fundamental concerns that it falls below their core principles and standards.

Elsewhere, there has been a chorus of disapproval. Co-operatives UK secretary general Ed Mayo joined representatives of NGOs and international aid agencies including Cafod, Christian Aid, the Women’s Institute and several other major ethical trading and co-operative groups who signed a letter submitted by Oxfam GB to the Daily Telegraph in June urging Sainsbury’s to reconsider. An online petition against the move gleaned 35,000 signatures in three days.

Fairtrade Foundation CEO Michael Gidney says Sainsbury’s plan is not in line with core Fairtrade values which enable farmers and producers to decide for themselves how the Premium is spent – a major factor in empowering communities.

“Sainsbury’s wants to run their own scheme and that’s concerning for us because they have been a big champion of Fairtrade for many years and shown real leadership and we are proud of what we have achieved in partnership for some of the world’s most marginalised farmers,” he said.

“This because the whole point of Fairtrade is around companies being transparent and accountable and now they are marking their own homework. The idea of companies wanting to get closer to problems in supply chains is absolutely OK, but bringing it in-house works against transparency and doesn’t provide an independent guarantee. They are replacing the independence of Fairtrade with something completely proprietary.”

The recent news followed more than a year of negotiations with Sainsbury’s.

“One of our areas of real concern was the reaction of tea farmers. We asked them to present the plans to farmers in Kenya and Malawi and the farmers were really unhappy,” said Mr Gidney. “The fundamental point of difference is that, whereas Fairtrade guarantees a social premium to groups and they decide how it is allocated, Sainsbury’s will control the premium and it will be given out as grant, replacing trade with aid.

“It turns farmers from being active participants to grant beneficiaries and it was unanimously rejected. ‘You are going colonialist’ was one of the one of the phrases used at the meeting.”

Other corporates including Costa, Starbucks and McDonald’s, and producers such as Unilever, M&S and Mondelez/Cadbury, have already broken away and devised their own versions of Fairtrade in recent years, creating consumer confusion and fears that the very future of ethical trading is at risk.

But Sainsbury’s has maintained its commitments to its premium ranges of Fairtrade-certified teas and customers will still be able to buy Fairtrade bananas, coffee, chocolate and flowers.

According to Michael Gidney, claims that Tesco was to join its major rival in breaking away were misreported in the trade press – and he remains optimistic about the long-term future. “We have no evidence there will be a domino effect,” he added.

“I think it is more important than ever that people stand by farmers and if you want to make a difference, look for the Fairtrade mark. The Co-op
Group is chief among retailers in supporting us.

“They recently announced they were converting all of the own-brand cocoa they use to Fairtrade – even as far as the sprinkles you put on birthday cakes. No other company has made such a comprehensive commitment. More than 80% of our producers are co-ops and the Fairtrade movement is shot through with co-operative values so it is absolutely right they are our major champion.”

Another recent addition to the Fairtrade family is that British institution, Gregg’s the Bakers, whose tea, coffee and hot chocolate are all Fairtrade,

“Overall Fairtrade sales are growing,” said Mr Gidney. “In 2016 the volume of tea sales increased by 6% and coffee by 8%. The news from Sainsbury’s is disappointing, but other companies are racing forward to support us and we are beginning to see an opening of space between leaders and laggards.”

Sainsbury’s insists its new approach will benefit farmers but it is likely to face increasing consumer pressure as well as the opposition from African tea producers and international development groups. The Fairtrade Foundation hopes it can maintain an amicable relationship while keeping a close eye.

“We hope we can find a way of working with Sainsbury’s,” added Mr Gidney. “We will be asking for the results of the pilot to be made public and everyone to judge that before moving on to other products like coffee, bananas and sugar. The risk would be they make a move with those other products before they have learned from the pilot. It needs a couple of years to go through the harvest cycle and they should allow public consultation.”

The call for public scrutiny was echoed by Brad Hill, Fairtrade strategy manager at the Co-op Group, which has recently backed Fairtrade tea farmers in Kenya with new community resource centre.

“We will continue to provide our customers with the opportunity to support farmers through offering as wide a range of Fairtrade products as possible,” he said.

“We share the concerns of major manufacturers around the long-term sustainability of commodities and farmers continue to tell us that Fairtrade is the strongest and most appropriate sourcing model.

“As a customer-facing business, we also have concerns around the introduction of yet more ‘ethical’ schemes, particularly ‘Fairly Traded’ which will easily be confused with Fairtrade, the most recognised and developed of all existing independent ethical marks.”

Mr Gidney added: “We’re certain Sainsbury’s will welcome further public scrutiny and we look forward to seeing their published plans for their tea pilot including transparent standards, delivery plans and measurable outcomes. While we cannot partner with them on an untested pilot as it stands we would welcome opportunities to work with Sainsbury’s in the future if together, we can embed Fairtrade’s principles within their model.”

Lessons from north America: the power of community-owned food stores in the age of grocery giants
Next
Subscribe to the newsletter