CoTech: where co-ops and technology meet

Co-operatives and technology have a curious relationship. While the larger retail societies have whole departments related to digital and can employ experts in the field, many smaller co-ops struggle to find the time, skills and budget to fully embrace the technologies that could help them develop and grow.

“Technology is integral in our daily lives – we recognise that the co-op sector needs to embrace technology in all forms, and that it can be used to push the sector forward,” said Kayleigh Walsh from Outlandish, one of CoTech’s 22 members.

Ms Walsh, together with Ieva Padagaitė from Blake House Film Co-op, led a session at Co-operative Congress on Reimagining Technology, exploring how to grow the number and impact of co-ops in the digital economy.

“We think the tech sector is broken,” said Ms Walsh, citing the high prices and inefficiencies that plague the disjointed sector. “CoTech has taken advantage of what is out there, and brought it together in one dynamic and efficient network.”

As well as broadening ‘tech’ to make it more inclusive, CoTech has established a system of co-creation with co-op principles and values at its core that has access to a huge range of specialities, expertise and experience – resulting in an “efficient network offering great value for money and high quality work”.

“The co-operative movement is ageing and the nature of work is changing,” added Ms Walsh. “Young people are among the hardest hit by unemployment, but we are positioned in a sweet spot to give these issues some treatment. We can bring together energy and new qualities that draw in young people to help build the future of the co-operative movement.

“In terms of co-ops, we wanted to be talking to people doing similar things so we can make the tech sector more efficient, and the output fairer for both the public accessing tech skills and those working within the sector.

“We want to broaden tech and make it inclusive.”

Technology applies to lots of areas of a co-op, from communication and marketing to design, branding and printing. “A lot of ways that tech is used by co-ops is through spreading and delivering information about what co-ops are and what they do,” she said.

CoTech was founded in November 2016 when worker co-ops active in the sector gathered at Wortley Park (the UK’s only co-operative stately home) to explore how they could work together to strengthen and grow the co-operative technology sector. The organisation wants to see 10,000 jobs available in the co-op tech sector by 2020 and 100,000 by 2030.

At Congress, Ms Walsh stressed that CoTech isn’t a group of “well-meaning, homespun” organisations, but well-established businesses who have worked at scale with international charities, public sector organisations, universities, the NHS, the BBC and many more.

As a tech provider, CoTech “provides the advantages of a full service agency without extortionate prices or vender lock in,” she said. “We share knowledge and best practice. We might be just seven months old, but our largest collaboration is worth £2.2 million.”

One of the collaborations CoTech is most proud of is the Schools Cuts website, which was originally funded by Outlandish as Keep London Schools Great. The site let users check how changes to education funding were affecting schools in their local area in the lead up to the 2017 general election.

The project was picked up by the NUT, which commissioned Outlandish to create what became a landmark campaigning website that made government data transparent. Outlandish then collaborated with CoTech member The Small Axe to extend the campaign outreach –which, according to NUT research, resulted in a 750,000 vote swing in the general election. 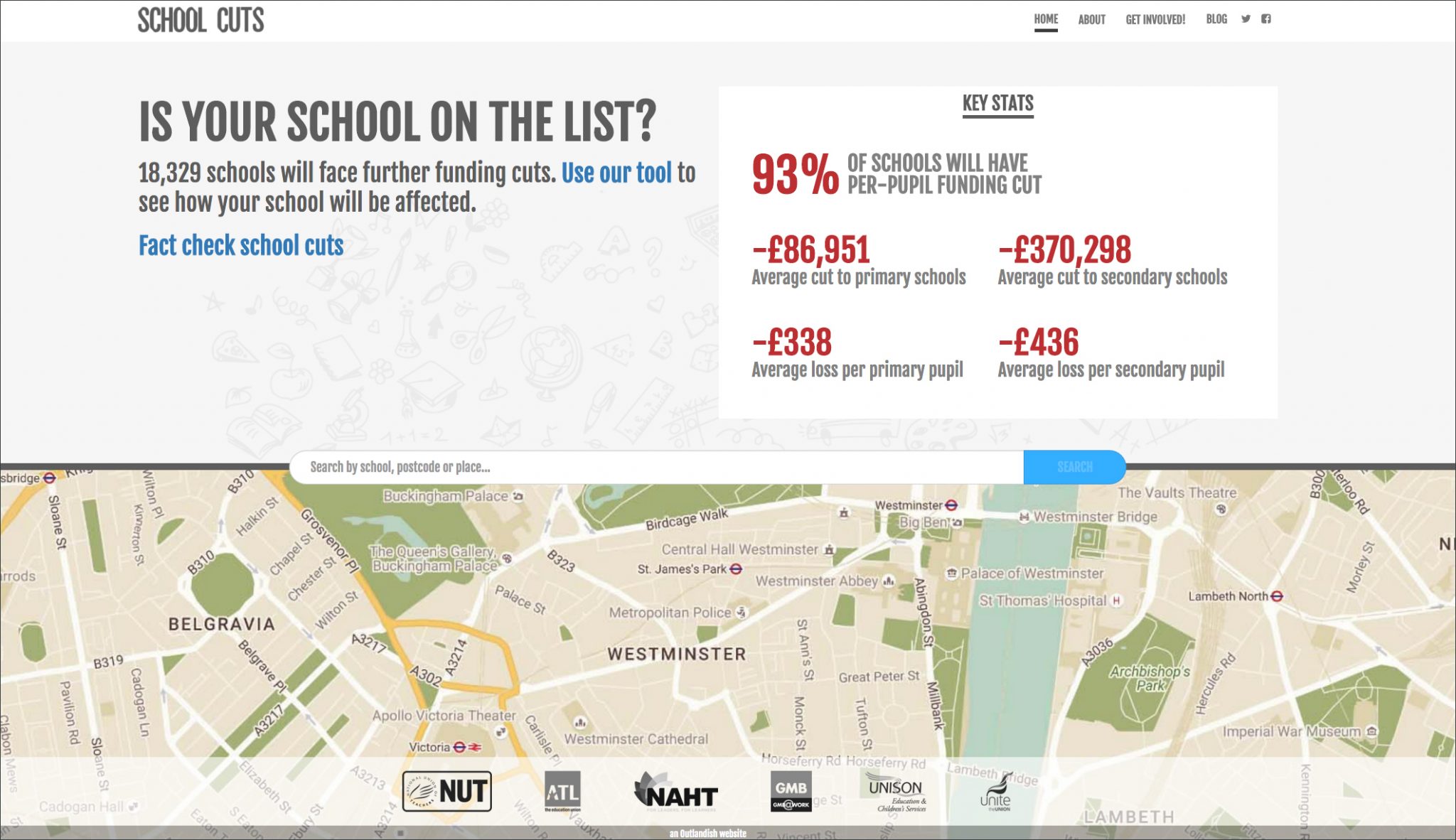 Ieva Padagaitė became “intensively involved” in co-operatives as she was angry she hadn’t heard of co-ops before. “So many young people in the world are in precarious work,” she said. “They want to work with dignity and respect. Young people are also the future of an ageing movement, and can help communicate co-operation in new in different ways.”

At only eight months old, CoTech is still “figuring out what’s really important,” she added. The network uses Loomio (an online co-operative decision making tool) and has a Wiki, but face to face interaction is important.

“This network is based on relationships, and knowing each other makes it easier for us to call each other. As with any kind of collaboration, it’s important to have faith in each other’s skills.”

How can the growth of employee ownership be supported?
Next
Subscribe to the newsletter