Co-op Group to donate funds from all bottled water sold to the One Foundation, AGM told

By Co-operative News
The partnership with the One Foundation has helped 1.5million people

The Co-op Group is stepping up its efforts to tackle global water poverty – so that 1p will be donated to clean water projects from every litre of non-own brand of bottled water it sells.

The announcement was made at a fringe event at the Group’s AGM in Manchester Central today, which looked at the retailer’s work with the One Foundation to tackle the global problem of water poverty.

The programme already sees the Group donate 3p from every bottle of its own-brand Fairbourne Spring Water. In another new announcement, head of food policy Cathryn Higgs told members this would now apply to flavoured waters.

“If we can give one person access to clean water, that has to be worth it,” said Ms Higgs.

Figures from the United Nations show that 663 million people do not have access to clean drinking water and more than 2.4 billion lack access to a basic, hygienic toilet.

The Group has been working with the One Foundation for more than ten years to champion the need to invest in water sanitation and hygiene projects in countries such as Kenya and Malawi.

And it has delivered more than £7m – raised from sales Fairbourne Springs – to an estimated 1.5 million people to help address this issue.

Nicky Armstrong from the One Foundation, who has been working on Co-op partnership for 10 years, told the fringe event that the number of people without access to water had been cut from 1 billion to 663 million.

But the situation still means two million people die a year from water-borne diseases, mostly children under five. Families forced to spend four hours a day collecting water, walking miles – and the burden of this falls on women and children.

“Water is life, water is fundamental to everything you need,” said Ms Armstrong. “We want to see a world where everyone has access to clean water forever” .

This means supplies must be sustainable, for future generations – in line with the UN goals for sustainable growth.

The One Foundation was set up to give away profit from world’s £1bn a year bottled water industry. The Co-op Group joined this in 2006, launching Fairbourne Springs water – the only supermarket-owned charity water brand. The project has raised £7.4m, helping 1.6 million people across African countries. 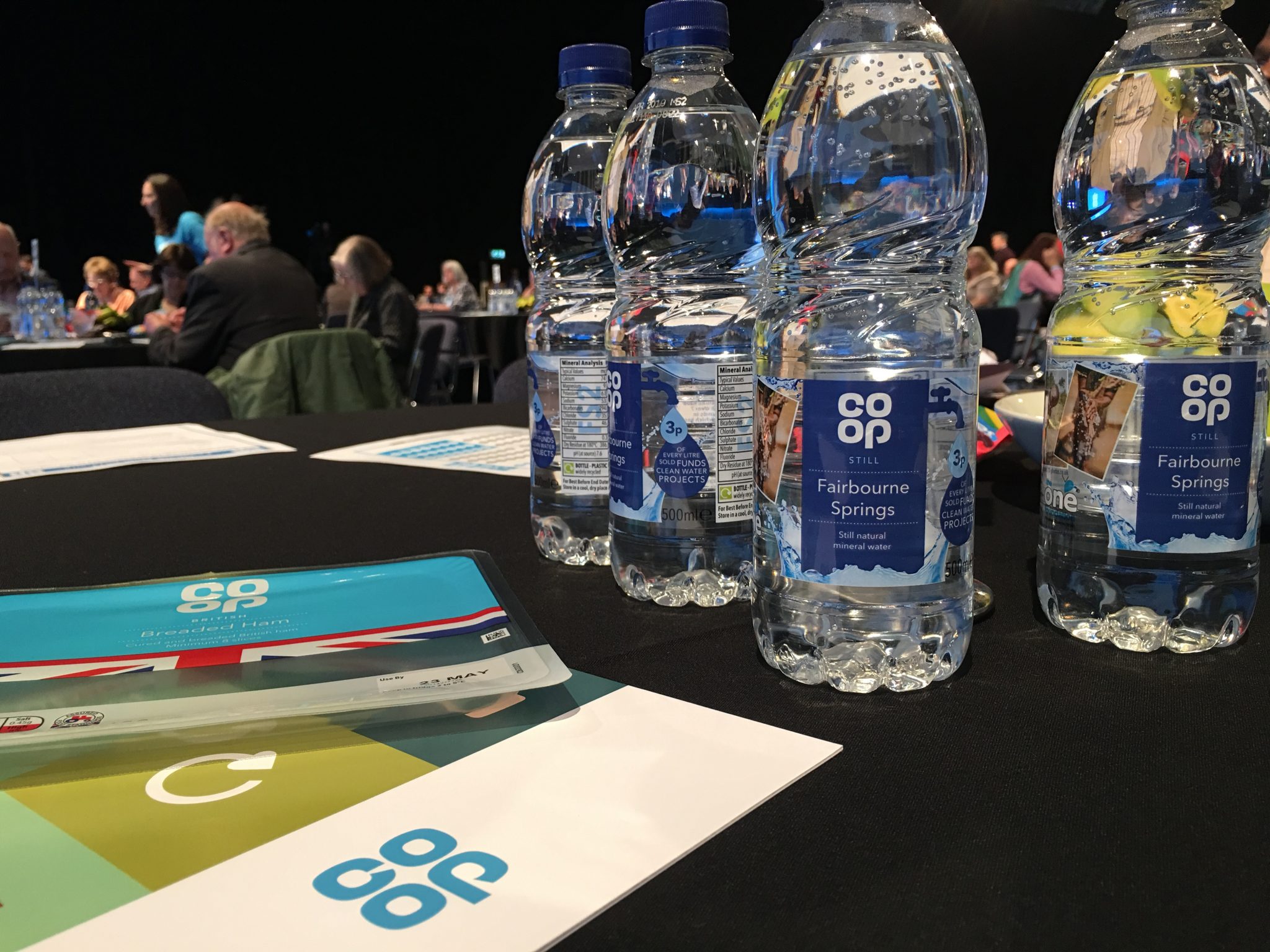 Programmes focus on provision of clean water; sustainability, so projects require no or little maintenance and are affordable for users and stimulate local economic activity.

One Foundation works in 12 African countries, plus emergency work in Nepal after the quake and Yemen. It is also aligned with the Co-op Group’s tea, sugar and cocoas producers in countries like Rwanda, Kenya, Malawi.

In Rwanda, still recovering from its humanitarian crisis, One Foundation’s work has made it a model for development to bring 100% district coverage to every school, household and clinic.

The programme is currently working in Rulindo and Kicukiro districts – and Rulindo will have 100% district coverage next year.

“It’s something the Co-op can shout about, that they’ve brought this about,” said Ms Armstrong.

In Kenya, urban programmes are working on huge unmet demand in urban areas, which is worsening through population growth and rural-urban migration. In Nairobi, 2.1million people. Thousands of people are living in the informal Kabira settlement, crowded streets with corrugated iron roofs, raw sewage running through, and water supply controlled by cartels making it expensive.

The Co-op and One Foundation are leading a programme to support seven informal settlements including Kabira to bring a clean water supply.

The project also works where there are humanitarian crises, responding to the Sierra Leone ebola outbreak, the Yemen conflict, the Nepal earthquake, the Malawi floods and the East Africa drought, with emergency water being trucked to refugee camps and health centres.

In Malawi, the poorest country in the world, the Co-op has invested £1.4m, funding the construction and rehabilitation of clean water points, latrine in school and public health announcements.

More than 200 new water points have been drilled, and a new drilling rig has been bought, which is much more cost effective than hiring one from contractors.

“It’s an incredible piece of equipment that the Co-op has bought,” said Ms Armstrong. “You can’t imagine the joy on people’s faces when you drill down and strike water.”

There is also a repair programme which has restored more than 600 pumps since 2014 and teaches communities to fix and maintain their pumps. One pump supplies more than 1,500 people and when it broke villagers were forced to drink filthy water, leaving one woman ill with diarrhoea for three months.

And a training school has been set up in Malawi, offering courses to create certified pump maintainers, alongside a national database, listing water points, their maintenance and repair history, and the agencies who run them. More than 10,000 pumps are registered on this.

Ms Higgs says the Group wants the fundraising effort to hit the £10million by 2020. The extension of donations to  flavoured waters will take annual donation from £900,000 to £1.2million.

“We have now become the pioneer partner for a new initiative called the Global Investment Fund for Water,” she said.

“Go out, tell your friends, family, member groups – we need to change this,” said Ms Higgs.