Review: The Oxford Handbook of Mutual, Co-operative and Co-owned Businesses

In 2007-08, the world experienced what economists called “the worst financial crisis since the Great Depression of the 1930s”. In 2009, the International Labour Organization released a report titled Resilience of the Cooperative Business Model in Times of Crisis.

The ability of co-operatives to survive – and even thrive – when things go wrong has been well documented, most recently in Co-operatives UK’s 2016 Co-operative Economy Report which highlighted how the UK sector alone supports 223,000 jobs and is worth £34bn a year to the economy, “showing resilience in the midst of wider economic uncertainty”.

It is this resilience which has helped to make the mutual model more popular – and is one of the reasons the publication of The Oxford Handbook of Mutual, Co-operative and Co-owned Businesses (Oxford University Press, 2017) is perfectly timed. The Handbook is a collection of 42 contributions to the debate and understanding of the sector, from researchers, economists and practitioners with a deep understanding of the issues at hand. 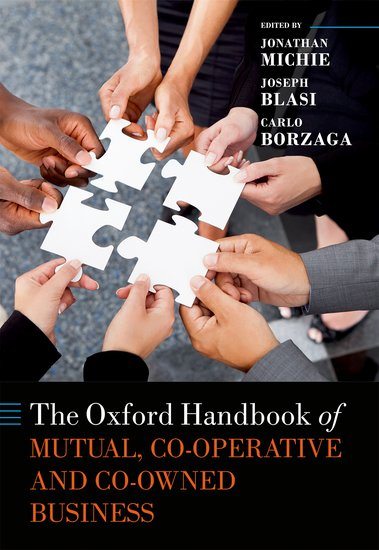 Vera Zamagni (professor of economic history at the University of Bologna) gives a worldwide historical perspective on co-ops and their evolution and Peter Couchman (former chief executive of Plunkett Foundation) contributes a chapter on governance and organisational challenges. Professor Johnston Birchall (a social economist specialising in member-owned businesses and co-author of the ILO report above) offers an analysis of the performance of member-owned businesses since 2008, Virginie Pérotin (Professor of economics at Leeds University) looks at worker co-operatives – and Charles Gould (director general of the International Co-operative Alliance) writes on ‘The Shape of Things to Come’.

Co-ops are given historical, political and economic contexts, there are national and sectoral case studies, and there is a look at what the future holds for the model in the current climate, put together with the purpose of investigating all types of member-owned businesses – from consumer, producer and worker co-ops to building societies, credit unions and friendly societies.

It is edited by three professors well-equipped for the task: Carlo Borzaga is, among other things, president of the European Research Institute on Cooperatives and Social Enterprise (Euricse); Joseph Blasi is an economic sociologist who has studied how rewards, power and prestige are broadly distributed (for instance, by worker-ownership and profit-sharing in firms); and Jonathan Michie is director of the Oxford Centre for Mutual and Employee-owned Business.

“The idea that co-operatives are structurally less efficient than capitalist firms is common among scholars, policy makers and public opinion,” says Prof Borzaga, “even in countries where co-operatives are a key contributor to employment and income generation and are the predominant form of enterprise in important sectors of the economy.”

It is not easy to overcome this misconception, he says, and it takes time, so it is important to invest in knowledge building, starting with reliable data and statistics on the size of the co-operative sector and its weight in terms of occupation and turnover.

“The idea that gain from trade, which is at the root of market economies, is the only or the best way to coordinate economic activity also needs to be called into question, as there are other mechanisms (including in particular voluntary co-operation among economic actors) that can work equally well or better,” he adds.

“I believe that the co-operative movement should invest directly in the development of this kind of knowledge if it wants the enterprises it represents to be fully acknowledged and if it wants to be able to advocate for adequate and effective support policies.” 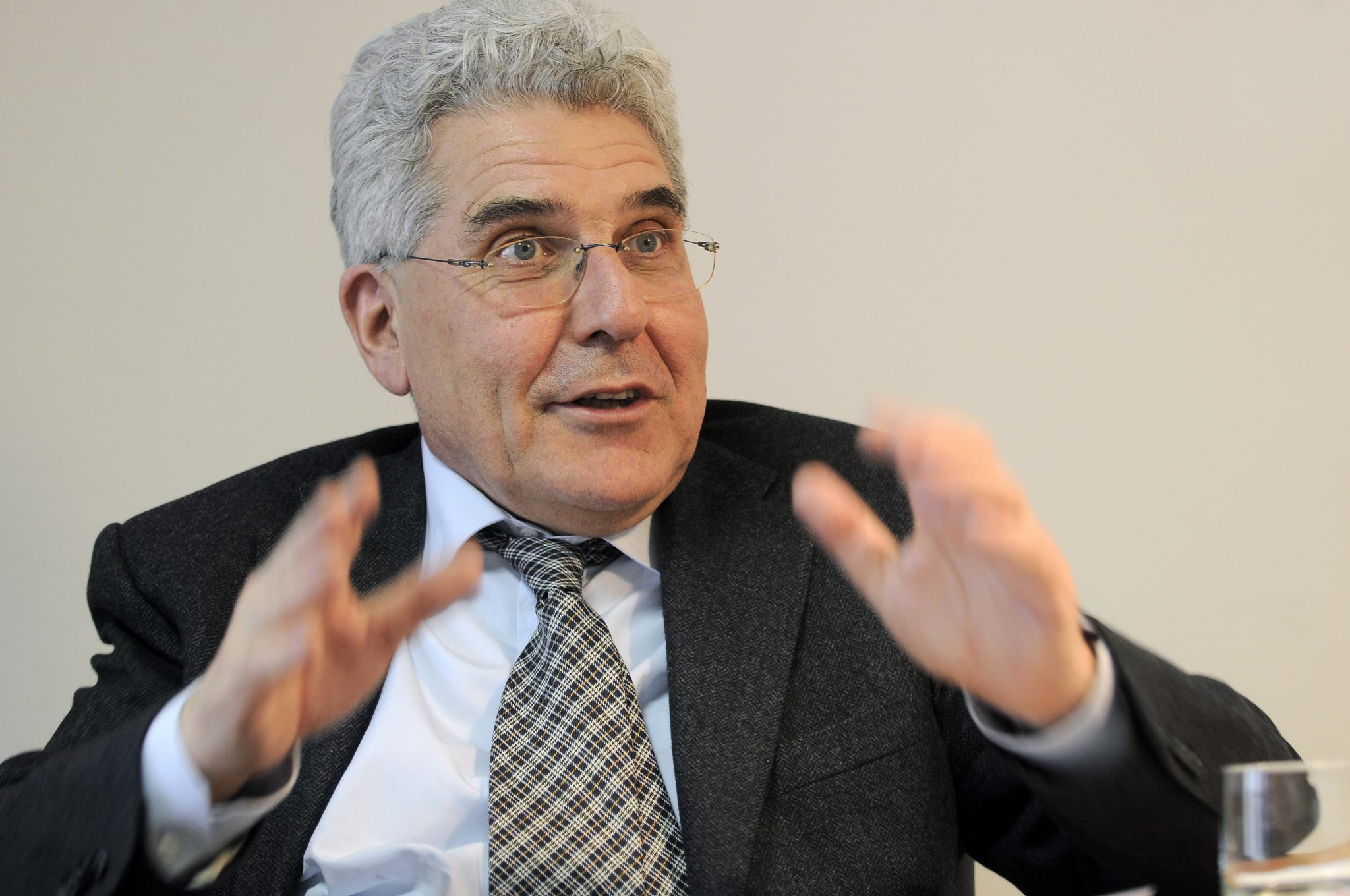 Carlo Borzaga is president of the European Research Institute on Cooperatives and Social Enterprise (Euricse) and professor of economic policy at the University of Trento (Italy)Prof Borzaga believes there are two main reasons for the renewed interest in member-owned organisations. “The first, more structural in nature, is the growing demand for personal and community services,” he says. “These are two sectors in which co-operatives have always played an important role due to their ability to address human needs, their attention to vulnerable stakeholders, and their not for profit nature. As many chapters of the Handbook show, the growth in the demand for these services also led to the rise of new forms of co-operation.

“The second, more contingent reason is the proven resilience of co-operatives during times of crisis. Co-operatives have shown time and again to be able to safeguard employment and income even as other types of enterprises shed jobs in order to ensure profits for their owners.

“In reading the various contributions that make up the Handbook, what I found most surprising is the extreme flexibility of the co-operative model, and its ability to adapt to situations that are very diverse in terms of their economic, social and cultural aspects. I learned that the co-operative form can in effect tackle in an efficient and effective way a wide array of issues, certainly more than what capitalistic firms can do. If this does not happen, it is because the potential of co-operatives is still not fully understood.”

He believes the time is right for the publication of the Handbook because of the combination of technological advances that cause a reduction in employment (in both the manufacturing and service sectors), and the simultaneous growth of demand for social, personal and community services on the other. “These trends are creating more opportunities for the growth of enterprises like co-operatives that are owned and managed directly by the people whose needs they serve, often along with the workers that provide the services designed to meet those needs. Better knowledge of the nature and potential of the co-operative form becomes increasingly important if we want to meet these emerging needs.”

The time is also right because of the need for a fundamental rethink about how the economy is organised, both following the 2007-2008 global financial crash in face of climate change, says co-editor Professor Jonathan Michie “Both these challenges also show the importance of taking a global approach,” he says, “hence the need for a Handbook which brings together authors from across the world to learn from each other.”

“The global financial crisis of 2007-2008, with the consequent international recession of 2009, led many to appreciate that the previous claims about the efficiency of free markets were false, and that alternative approaches are needed, including to corporate ownership,” he adds. “The film Wall Street gave a nice depiction of the fact that shareholder ownership can lead to a destructive ‘greed is good’ mentality, and there is thus a renewed interest in member ownership as providing a different business purpose, culture and practice.

“There are an impressive variety of member-owned organisations across the world, all with the basic idea of member ownership, but all influenced in various ways by the history and culture of their own countries.”

The Oxford Centre for Mutual and Employee-owned Business – of which Prof Michie is director – is trying to increase appreciation of the mutual and employee-owned sector of the economy “through research, publications, and networking, and through co-operating in these activities globally”.

The centre also works to encourage dialogue and discussion between academics and researchers on the one hand, and practitioners and policy makers on the other. Prof Michie hopes that the Handbook “may assist in this process”.

In his chapter on The Importance of Ownership, he writes in particular about the need for ‘policy activism’ and reformed corporate governance – which, he says, requires pressure on policy makers, which can come through a number of channels.

“The most effective is if all can be utilised simultaneously, namely the political process through elections, the actions and activities of NGOs and civil society generally, the media including social media, and lobbying experts and opinion formers,” says Prof Michie.

“Bringing together researchers from across the world can help in all these processes, demonstrating that improvements are possible and beneficial.”