Last autumn, Debbie Clarke of Unicorn Grocery swapped Manchester for the US, embarking on a five-week tour of worker and consumer co-ops thanks to a Travelling Fellowship funded by the...

Last autumn, Debbie Clarke of Unicorn Grocery swapped Manchester for the US, embarking on a five-week tour of worker and consumer co-ops thanks to a Travelling Fellowship funded by the Winston Churchill Memorial Trust. She was searching for inspiration for Unicorn and other UK co-ops. Here she shares some of her insights…

My first day in the US was an amazing start to the trip. I met with Seattle-based PCC Farmland Trust, set up by a consumer co-op to preserve organic farmland, and the Community Food Co-op in Bellingham, whose Farmer Fund I was keen to learn more about.

Jean Rogers, who established and runs the Farmer Fund, was an inspiration. She’s enthusiastic about the potential of co-operative retailers to support the small-scale, ecological farming we’re passionate about. Not just by buying produce but by offering strategic support and investment that improves the resilience of individual farms and strengthens the local food economy.

Her passion was contagious and we’re now exploring something similar at Unicorn. Jean didn’t only offer inspiration, she shared loads of practical information and resources that will help us do it more effectively and easily. A great experience of solidarity in co-operation.

I’d been wanting to visit Rainbow Grocery in San Francisco for more than 10 years, ever since a friend visited and described it as a “huge, huge version of Unicorn” – a weird concept given that Unicorn is so large compared with the UK’s wholefood shop norm.

Rainbow’s retail floorspace is about six times that of Unicorn. Departments that take up a shelf or two at Unicorn have their own aisle at Rainbow, so I spent many hours checking out their range.

But coming from a co-op that’s experiencing sustained and rapid growth, it was Rainbow’s internal structure that interested me most. While 70 or so members at Unicorn sometimes feels like a lot, Rainbow’s structure allows for democratic governance by 250 people.

It does this by operating as a co-op of multiple collectives – the shop departments. Each department has a very high level of autonomy, doing its own recruitment, rotas, peer evaluation and strategic planning.

Maintaining multi-tasking is extremely important to us at Unicorn, and before visiting Rainbow I’d imagined their members only worked in the department they were hired by. But happily, there are lots of opportunities to work in multiple areas – and, in fact, members are encouraged to do so.

Workers commit to a certain number of hours in their home team, then offer further hours to other teams, who decide internally whether they want them and when.

Specialising in a single department can, counter-intuitively, go hand in hand with retaining multi-tasking. As each team takes on more responsibility for its management, so team members have a wider range of duties to perform within it.

If Unicorn continues to grow substantially, Rainbow’s “co-op of collectives” is something we could consider as an option, I think. For now, there are already elements we can learn from.

Several Unicorn teams are now bigger than the entire co-op was when I joined; they having become quite complex operations with a turnover larger than many small businesses.

We’re already thinking along these lines; it makes sense for departments to consider reconfiguring in much the same way Unicorn did when it reached this size: devolving decisions to smaller groups within the team and agreeing more formal systems for how teams make decisions, and how team members stay accountable to one another.

Spending time with the Arizmendi bakeries was a huge highlight. The Bay Area of northern California is home to five worker co-op bakeries, all collectively managed, all paying an equal, living wage, all serving amazing quality bread, pizza, cakes and cookies.

Although they’re all autonomous, they’re all based on the model of a sixth, long-established bakery co-op in Berkeley, and were incubated by a unique organisation, the Arizmendi Association of Co-operatives.

Named after a priest who helped form the Mondragon co-ops in Spain, the association’s mission is to create as many worker co-op jobs as possible by replicating a successful business model. It was established in 1995 in partnership with the Cheese Board Collective, a wildly successful pizzeria and bakery co-op who’ve been generous enough to share their recipes, business model and reputation with a new generation of co-operators.

For me, the Arizmendi co-ops pretty much embody the spirit of solidarity in co-operation, both in what they do and in their willingness to share their model with fellow co-operators. During my time in the Bay Area they shared policy and governance documents, welcomed me to observe meetings and gave time for interviews with multiple co-op members.

It was amazing to see how the generosity of the original ‘mother’ co-op, along with the passion, skills and commitment of a small group of co-op-minded people, has allowed the model to be replicated, creating over 100 jobs in a sector dominated by low-wage, insecure and often thoroughly exploitative employment. 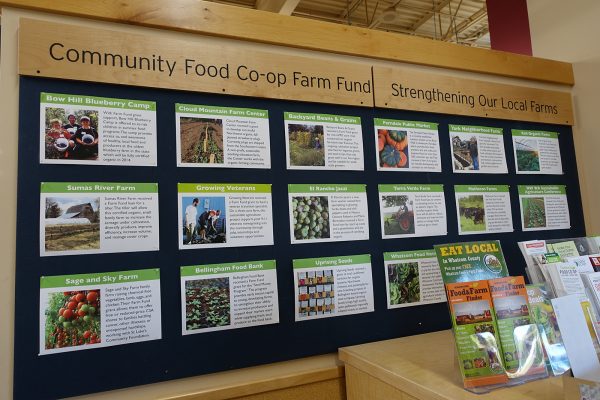 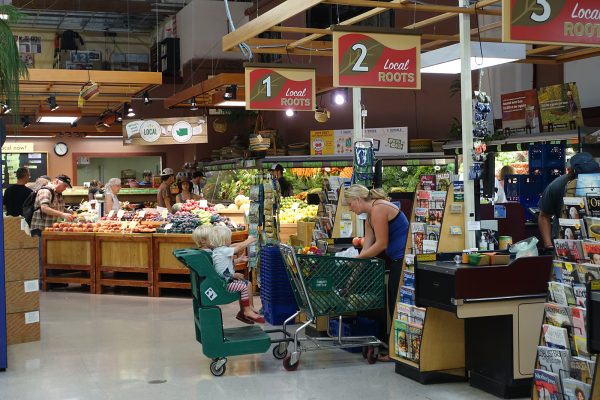 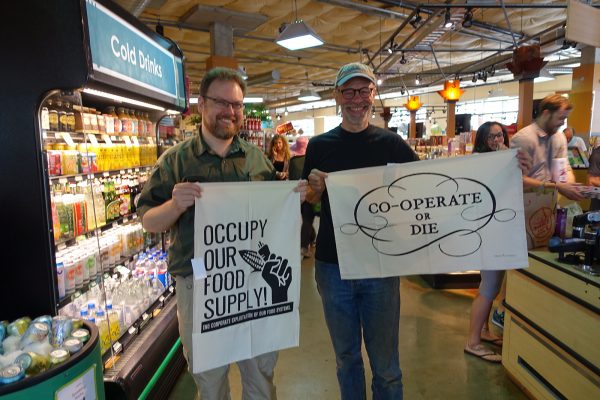 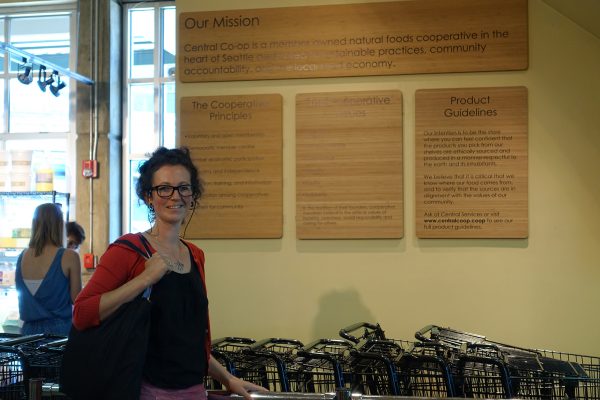 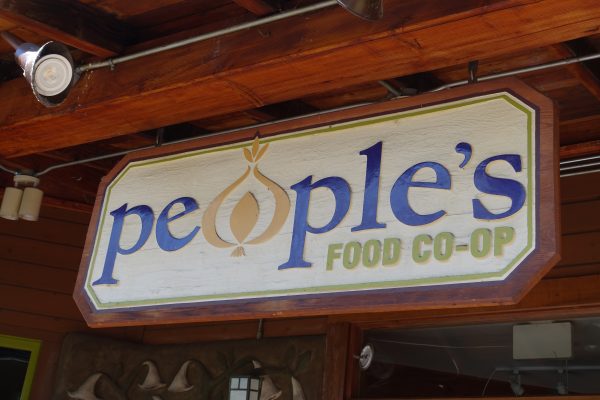 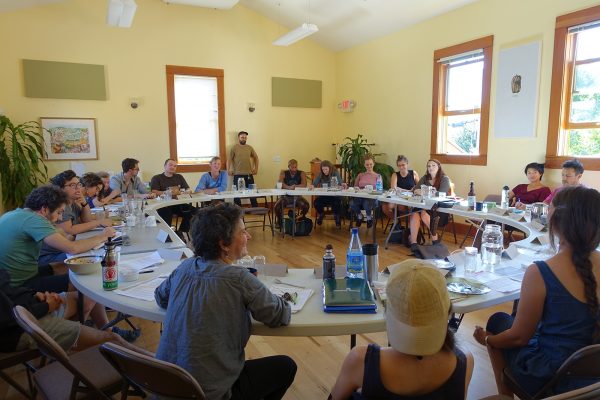 As a member of a co-op in a similar position to the Cheese Board “mothership”, it’s one of the most inspiring initiatives I’ve ever discovered. As co-operators, it’s easy to forget how lucky we are to own our work, be our own bosses, democratically and collectively control our working environments so that we can look after ourselves and each other.

A long-time member at the Cheese Board made me quite emotional when she described the significance of co-operative working for their members, and the knowledge that they’ve helped recreate it for so many people, “making a difference in a world where change often feels impossible to achieve”.

We know that Unicorn and our Grow a Grocery guide have helped in the establishment of like-minded UK co-ops, but a direct replication has yet to be attempted. Maybe the time has come for that to change.

Although it’s not something Unicorn has active plans for, I was personally very interested to explore models for multi-site worker co-ops, and the Arizmendi family is a very attractive model. The bakeries are linked by a tried-and-tested business model and shared values, and benefit from a shared reputation, shared knowledge and experience. But they largely maintain autonomy, avoiding a complicated, centralised structure that might otherwise lead to a lack of responsiveness, agility and sense of ownership in each bakery.

I think the model should be explored by any worker co-op considering a second or multiple sites and I’d be happy to talk to anyone interested in this and put folk in touch with the association.

I spent two weeks in Oakland, California, where I participated in the Western Worker Co-op Conference. I stayed in a housing co-op and was kindly lent a bike, so I felt very at home. Cycling from meeting to meeting in the sunshine, I could almost pretend I lived in California. Manchester certainly felt a long way away!

Participating in the conference was unbelievably exciting –it’s not something you dream you’ll do when you start off as a co-operative grocer. It helped give me a grounding in the North American worker co-op movement, and I really enjoyed the workshops on democratic decision-making and consensus.

As well as being practically useful, the conference was inspiring. It’s easy when you’re part of a co-op to get so heads-down in its day-to-day running you forget you’re part of this amazing global movement that is radical and progressive and has so much potential to change people and communities. It’s always great to be reminded of that.

My highlight at the New England ‘Neighbouring Food Co-ops Gathering’ was the keynote address by David Thompson, who is based in California but was born in Blackpool. David has written extensively about the history of the co-op movement and his address was a great education for me, focusing on the alignment of co-ops with the civil rights movement.

With so many shared egalitarian and democratic values it shouldn’t come as a huge surprise that the two movements have had a close relationship, but it was a part of our history I knew nothing about. I appreciated the challenge he laid down for us modern co-ops to seek out ways to better engage with social justice issues and challenge oppression today.

Throughout my trip I was struck by how similar worker co-op culture is in the US to here. The majority of worker co-ops are small (under 100 members), values-driven and tending towards collective management. We have more in common with the North American worker co-op movement than with our continental counterparts, which tend to be much larger and organised more like conventional companies with management hierarchies.

It was exciting to be amongst people for whom collective management is a very political choice that goes hand in hand with operating progressive businesses.

Churchill Travelling Fellowships are really unique opportunities to get inspired and bring new ideas and perspectives from abroad back to your field in the UK. Mine was one of the best things that I’ve ever done, and I’d strongly encourage other co-operators to consider applying.