With over 40 million people watching this year’s Oscars ceremony, few will know that a co-operator received an award. Co-operative organiser, actor and singer Harry Belafonte received the honourary Jean Hersholt...

With over 40 million people watching this year’s Oscars ceremony, few will know that a co-operator received an award.

Co-operative organiser, actor and singer Harry Belafonte received the honourary Jean Hersholt Humanitarian Award. The award, an Oscar statuette, is given “to an individual in the motion picture industry whose humanitarian efforts have brought credit to the industry.”

Harry Belafonte had become a famous name all over the world.  In 1953 he recorded Matilda his life-long signature song and best selling single. By 1958, he had eight albums to his name and his 1956 Calypso Album featuring Jamaica Farewell and the Banana Boat Song (Day O) topped the charts for 31 weeks. Calypso was the first album to sell over one million copies. Belafonte had also become a screen symbol in the 1954 movie Carmen Jones followed by his impactful inter-racial 1957 movie Island in the Sun with Joan Fontaine.

Belafonte was at the height of his popularity and could pack concert halls all around the world and movie theaters in every town. However, for all of his fame and fortune, the one thing he could not do was to rent or own an apartment in midtown Manhattan.

Belafonte writes in his book, My Song: “Yet by now, I was having almost daily talks with Martin (Martin Luther King Jr). The more he and I spoke, the more I realised that the movement was more important than anything else. I was feeling my way with all this, in the fall of 1958, when I ran into a color barrier so blatant and infuriating – in Manhattan, of all places – that I put my existential balancing act aside. This one was going to take all the money and celebrity I could throw at it, in equal measures, right away.

“Now that we were a family, Julie and I had started searching for a larger apartment than the one we’d found off Central Park West. Our first thought was to rent on the Upper East Side, but every broker we contacted seemed to blanch when we walked in. The message conveyed, either implicitly or overtly, was that we’d be happier in some other neighborhood. I heard the message loud and clear, and I sent back one of my own, by calling a press conference to announce I’d filed a formal complaint with the city. One of those who read the news was Eleanor Roosevelt.” 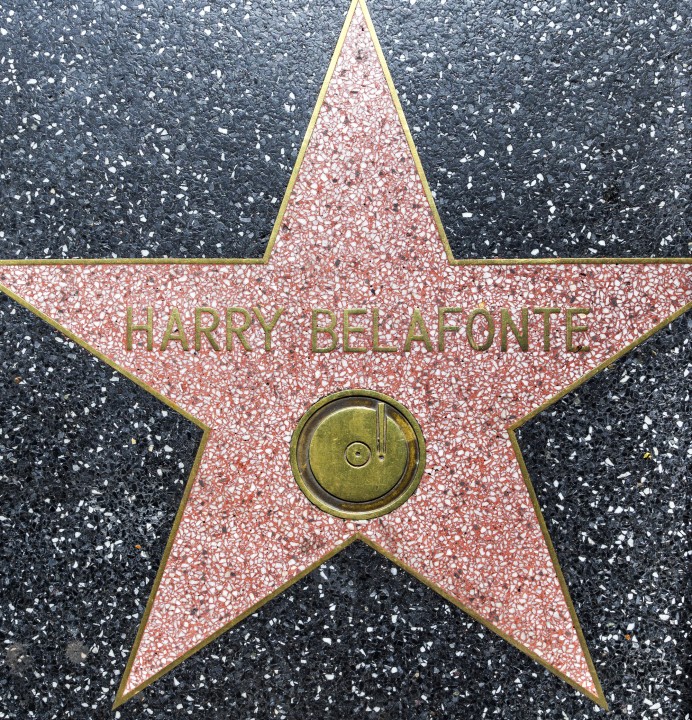 In her nationally syndicated column, My Day, published on October 20th, 1958, former First Lady, Eleanor Roosevelt wrote: “I am sure that every New Yorker was shocked the other day to read that Harry Belafonte and his charming wife and baby were finding it practically impossible to get an apartment in New York City except in what might be considered segregated areas or in a hotel.”

In that same 1958 column, Eleanor Roosevelt highlighted housing co-operatives as one of the solutions for de-segregation: “There are beginnings to encourage us. The Committee on Civil Rights in Manhattan, for example, has issued a pamphlet on housing co-ops which may be the answer for a number of people. Some private builders who are planning and constructing co-op apartments are particularly interested in seeing that there is no discrimination in any project where they have invested their money.”

Roosevelt concluded her column: “I can think of nothing I would enjoy more than having Mr and Mrs Belafonte as my neighbors. I hope they will find a home shortly where they and their enchanting little boy can grow up without feeling the evils of the segregation pattern”.

In fact, Eleanor Roosevelt called Belafonte up and offered to share her own large apartment with him and his family. However, a few months later, Belafonte and his wife did find a four bedroom apartment they really liked at 300 West End Avenue. They loved the place but when they tried to rent it the apartment was “suddenly unavailable.”

Belafonte recounts: “Furious, I sent a white friend – Mike Merrick, my publicist – in as my stalking horse. Now the lease was readily conferred. Mike passed it on to me, I signed it with my own name, and the one year lease was countersigned.  Apparently, the building manager did not know who I was. Julie and I moved our furniture in first, then showed up to take occupancy. Within hours, the building manager became aware that he had a Negro as a tenant.”

The building owner responded by telling Belafonte to pack up and leave but Belafonte refused. As Belafonte tells it in his book, the apartment building was owned by Ramfis Trujillo, the illegitimate son of the dictator of the Dominican Republic. Belafonte and others set up anonymous companies that sent in separate bids to buy the building.

Belafonte recounts: “The whole concept of co-ops was just beginning to take hold. What we were proposing would soon become a trend. We would buy the building outright from its owner, then try to sell as many of the apartments as possible to the tenants who lived in them. Any tenant who preferred to keep renting could do that.

“It all worked like a charm. Just as my one year lease was about to lapse, our absentee billionaire owner accepted the highest bid … The Trujillo’s were under increasing political pressure and both father and son were looking to build up their liquid assets in the event they had to flee.”

The building was bought by Belafonte and his partners. Belafonte put up most of the funds. The other tenants purchased shares and the housing co-op was created. As the remaining rental units turned over, Belafonte encouraged his friends to join the co-op. Lena Horne (Belafonte’s singing partner on the album Porgy and Bess) was one of the first to join the co-op.

“We didn’t just invite black friends though, our goal was integration not reverse segregation. Eventually, 300 West End Avenue became known as Harry’s building. Strictly speaking, that was no longer true; when the building went completely co-op I no longer owned any part of it besides our fifth floor combined apartments.  But I was glad to have a homes that was mine.”

In March of 1959, that co-op apartment, Belafonte’s first home would welcome as one of its earliest guest, Martin and Coretta King. “Martin would come to think of it as his home away from home, staying with us on many of his New York trips, he brought with him two or three of his closest advisors, and by the mid sixties, the apartment was one of the movement’s New York headquarters.”

For the next almost 50 years that co-op was Belafonte’s home. He sold his co-op apartment in 2006. Numerous civil rights leaders, celebrities and public figures would come there for meetings, for dinner or for a fundraising reception. Among those who came were Eleanor Roosevelt and later Senator John Kennedy to seek Belafonte’s support for his 1960 presidential candidacy,

Belafonte played an important role during the key years of the Civil Rights Movement. During that time he became a confidante of Martin Luther King and his family. At his co-op apartment, through fundraisers, he led the efforts to raise bail for many of those jailed during critical moments in the struggle. At one fundraiser in March of 1963, he raised $50,000 which was sent to bail out as many people as possible who were imprisoned in Birmingham Jail. That was at the time that Martin Luther King was writing his now famous, Letter from Birmingham Jail.

On April 4, 1967, Martin Luther King made his controversial anti-war speech at Riverside Church in New York City. Many civil rights leaders asked King not to take up the issue of the Vietnam War, but he was determined to speak to the issue. In the days before the speech, King was staying with Belafonte at his co-op. Belafonte writes: “But still I was surprised when Martin began drafting his anti-war speech in my apartment, discarding yellow-pad pages of scrawled script as he refined his speech.”

Later Belafonte wrote: “When Martin headed back down to Atlanta, I saw that he’d left legal-pad pages in his guest-room waste basket. I retrieved them and framed them and for years they graced what I called my civil rights wall,” a hallway of movement, photographs, letters and other memorabilia.

One co-op that Belafonte cared a great deal for was the Freedom Farm Cooperative started in Ruleville, Sunflower County, Mississippi by the civil rights leader Fannie Lou Hamer. Ms Hamer knew there would be no safety unless the land was owned by the co-op and not leased from a landlord. Only 71 minorities owned land in Sunflower County, which had a black population of 31,000.

In 1969, Belafonte wrote a fundraising letter urging people to donate towards the purchase of land for the Freedom Farm Cooperative. In his letter Belafonte wrote that Freedom Farm was an, “example of initiative, racial co-operation, and political militancy worthy of the support of all decent Americans.”  Due to all the various fundraising efforts enough money was raised to eventually buy over 700 acres.

During this time Belafonte also became a fervent supporter of the Federation of Southern Cooperatives and its many programs throughout the South. In 2003, the Federation marked Belafonte’s contributions by awarding him their highest honour, the Estelle Witherspoon Award at their Annual Awards Banquet in Birmingham, Al. The award is named after the woman who led efforts to unite the Gee’s Bend quilters into the nationally famous Quilting Bee Co-op in Alberta, Alabama.

And while Belafonte is now in 2015, 87, he is still working with the Federation on issues of the day. During his talk at the Mondavi Center at UC Davis on January 17, 2013, Belafonte spoke of his efforts to bring the gangs of Los Angeles together to find ways to communicate. “I paid everyone’s way to Epes, Alabama, a back country settlement of former sharecroppers one hundred miles away from the nearest distractions. It now served as a base for the Federation of Southern Cooperatives, dedicated to helping black farmers keep their land.”

Ralph Paige, executive director of the Federation of Southern Cooperatives has known Harry Belafonte since the Civil Rights era of the 1960’s. He recounted: “We could not buy the support that Harry has given the Federation over the years. Without his (Belafonte’s) backing there are so many things that the Federation could not have achieved. I still call him a lot and in all those years he has never turned us down.”

Belafonte’s award was pre-filmed on November 9th, 2014. At that ceremony, Belafonte spoke eloquently about his desire for social change. He was honoured at the 2015 Oscars’ Ceremony.