While the Co-operative Group prepared to unveil its annual results showing a multi-billion loss, Giles Simon spoke to its chair Ursula Lidbetter, who also manages the thriving Lincolnshire Co-operative …...

By Giles Simon
Facing closure, Waddington Library moved into a Lincolnshire Co-op Pharmacy and is now run by volunteers

While the Co-operative Group prepared to unveil its annual results showing a multi-billion loss, Giles Simon spoke to its chair Ursula Lidbetter, who also manages the thriving Lincolnshire Co-operative …

Over the past few months, the governance divide between elected members and executive management at the Co-operative Group has been brought to light, along with stories of financial failings and the resignation of its chief executive – so how does one person sitting on both sides of the fence juggle her roles? 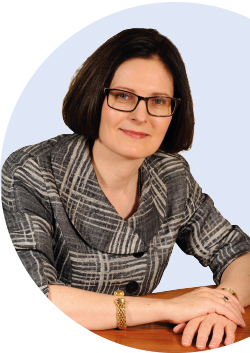 Ursula Lidbetter is a well-known figure in the UK co-operative movement – initially as chief executive of Lincolnshire Co-operative and, since last November, as chair of the Co-operative Group after sitting on its board for four years.

Balancing both roles means focusing on the big issues, according to Ursula: “You always have to know which hat you’re wearing, so you make the right decisions for the role you’re doing. In terms of time management, I think it’s about using your time wisely, concentrating on the big issues and not getting bogged down in details.”

At Lincolnshire, where she joined as a graduate in 1984, the society has always focused on community, with libraries being opened in many of its branches, partnerships set up with the local university and the provision of Post Office services.

“I have a great team of people in Lincolnshire,” she says. “My senior management team are highly professional and very motivated and I have every confidence in them to take those things forward while I’m off on other duties.”

At the Co-operative Group, these duties include using these business skills and community values to guide the organisation through its most difficult period ever – a period that has seen the reduction of its share in the Co-operative Bank reduced to 30% and, most recently, the shock resignation of the Group’s CEO, Euan Sutherland.

Following a series of leaks at the business, Ursula Lidbetter told the board in an emergency meeting that the chief had handed in his resignation after declaring the organisation “ungovernable”.

The chair did not directly agree with Mr Sutherland’s view, although she did say, with reference to the Myners Review, that the Group will “urgently reform” its governance. At the time of his departure, she said: “Euan’s resignation must now act as a catalyst for the real and necessary change which the Group must go through.”

Ursula Lidbetter was elected as chair by the Group’s directors – comprising regional board representatives and the chief executives of four other co-operatives, and she took up her role as chair at the height of the crisis. During sensitive negotiations taking place with hedge-fund and individual investors in the Co-operative Bank, allegations of drug-use were made against former Bank chair Paul Flowers. Len Wardle, who was due to retire in May this year, immediately accepted responsibility for the appointment of Mr Flowers and resigned.

Her time at the Group has so far been dominated by crisis management and business turnaround. In contrast, Lincolnshire Co-operative’s position is much more steady, allowing the society to innovate in a number of areas.

Among the largest co-operative retailers in the country and biggest businesses in the East Midlands, Lincolnshire performs consistently well across its trading divisions of food, pharmacy, travel, property and funerals. Its employees number over 2,800 and last year it saw gross sales of £288m.

In her time as chief executive Ursula has made sure she spends additional time involved with regional organisations, through chairing the Lincolnshire Chamber of Commerce, the region’s Local Enterprise Partnership and the Lincoln Music and Drama Festival, for example.

Unlike most retail co-operatives, the society treats property as an important business. In line with the its strong regional base, it owns over 600 shops and offices, 13 industrial estates and residential property across the county. As well as a commercial advantage, this also provides a sustainable way to support Lincolnshire communities, says Ursula.

“Lincolnshire Co-operative has always been interested in wider economic development,” she adds. “If you think of your community and members, one of the most important things is a vibrant economy. Through the capital we have invested in property, we try to support job creation and growing businesses.”

One of the biggest investments for the co-operative has been putting £14m into a Science and Innovation Park next to the University of Lincoln, an initiative which aims to spark entrepreneurship among the university’s graduates.

“The science park came about because we own a large site next door to the university,” says Ursula. “We bought it with a view, at some stage, to creating some sort of business park that would associate with the university campus.”

On a smaller scale, Lincolnshire has also been dabbling in local libraries following the recent cuts. “We don’t think we should be stepping in and trying to subsidise public services,” she says, “but we did think there were ways we could help find a sustainable way to secure the libraries.”

The way Lincolnshire has addressed the potential closure of one local library is to move it into a nearby pharmacy and post office. In this trial in the village of Waddington, the pharmacy’s staff provide oversight and the library is run by volunteers.

Like Lincolnshire’s involvement in property, this initiative is one that benefits the community and the business. “The pharmacy is doing better,” says Ursula, while a valuable community service is maintained. “The council has now asked communities to run a number of other libraries. We have offered, if needed, to help another five where again we have a particular economic model that works for those specific sites.”

Ursula is keen to stress that this move is not a knee-jerk reaction. Reflecting on the needs that drove the original pioneers of the co-operative movement, she says the board and senior team at Lincolnshire have been thinking for some time about what new services they should be providing for communities. “It’s going back to our roots,” she says. “We had the very first reading room in Lincoln before there were public libraries.”

Ursula enjoys talking about the innovations and developments in her society, but recognises that there are challenges, too. Last year, Lincolnshire took the decision to sell two department stores that had been making a loss for a number of years. With 90 jobs at stake, a local buyer – Oldrids – was found to continue the business with minimal job losses.

Lincolnshire is also a major Post Office operator, running 40 Post Offices from its food, pharmacy and travel outlets – but they have never been a significant source of income. According to its chief, like much of what the society does, Lincolnshire operates Post Offices because they are important community services and benefit the business. “If you go back a number of years,” she adds, “we did manage to break even running Post Offices; that’s certainly not the case today. The economic argument now has to be based on the footfall it brings to the store.”

But, she says, as the income per Post Office transaction falls, “we are becoming more concerned about the economic viability of the Post Office network. We understand that people in communities value what Post Offices give to them, so we will work very hard to find a way forward for the Post Office service.”

However, Ursula does not sound confident about its future. “It depends on whether the government wants to support it, to put new services through it and how the money available is allocated,” she says. “It’s not entirely in our hands.”

Challenges to Post Offices and department stores are relatively minor compared to those to food stores, a core trading area for the business.

Lincolnshire Co-operative’s food business is doing well, with four stores opening last year and gross sales up by 3% – but this is in the face of increased competition.

Midcounties chief executive Ben Reid said in the News in January that “food has been at the heart of the movement since its inception, but I suspect it has never faced such a threat as presents itself today. The biggest issue is undoubtedly how we respond to the serious challenge that the discounters pose.”

Lincolnshire’s competition is, likewise, increasing. The society – which has retained its own brand rather than adopted the national Co-operative Group branding – is a historic and relatively unchallenged brand in the region.

The rise of Tesco Metro and Sainsbury’s Local in the region – in Lincoln in particular – is beginning to threaten that, making trading far more competitive for the society. To counter the challenge, Ursula explains, “first of all you need shops in locations with opening hours, services, products and prices that customers want. You have to start with the basics. Then you can add the unique co-op elements. Get the basics of retailing right first.”

For Lincolnshire, the unique co-operative elements of its stores are local products for sale and a strong sense of membership and community. Once in store, customers can vote in elections, decide how community funds will be spent or speak to a ‘community rep’ about membership and community activities. “We want people, when they come in the store, to relate local community activity to the fact they are shopping in that outlet – to see the full circle.”

Ursula believes firmly in co-operative values. And it is these values that are helping her to balance her roles at Lincolnshire and the Group and see the “big issues” in both organisations. These values will also help the Group through its turbulent period.

When taking on the role of Group chair, Ursula said: “I’m sure back in the very early days there were some very deep crises. Co-operatives were built from strife and struggle, so I don’t underestimate the current state of the Group and the difficulties we have, but I believe co-operators are well-suited to these battles.”

On her capacity to balance simultaneous big roles, Ursula explains that “the most important part of a job like mine is thinking carefully and deeply about the important matters in hand. It’s not so much about sitting at your desk 16 hours a day. It’s about whatever you’re doing, putting your mind to those important decisions and the choices you’re trying to make.

“There is no time in the day or evening or weekend when my mind isn’t churning over something about my role, the co-op or where we’re going. If you can get the big issues right, the rest will fall into place.”

Giles Simon is the Strategic Development Manager for Co-operative News