From UK PLC to Co-op UK: Transforming the Private Sector

A word-search of the 2010 Labour manifesto does not make happy reading for those of us who wish to see greater economic democracy wedded to social democracy.

A word-search of the 2010 Labour manifesto does not make happy reading for those of us who wish to see greater economic democracy wedded to social democracy.

The word “co-operative” is rarely mentioned and even then it is only in connection with small-scale economic or social activity or transforming schools. The term “employee-owned” is mentioned once, although the manifesto did want to see a step-change in their role in the economy.

The terms “mutual” and “social enterprise” were also mentioned a handful of times but this was mostly related to transforming public services. Overall, the role envisaged for such stakeholder businesses was extremely limited and focused far more towards reforming the public sector rather than galvanising the private sector.

This timid thinking still lives on in the Blairite wing of the Labour party as witnessed by The Purple Book, published in 2011, which saw mutualism as being good for public service reform but not much else.

This timidity is all very strange when we consider that the Co-operative Party is an historic and affiliated part of the Labour Party. Many Labour MPs, including the current Shadow Chancellor, sit in its name.

There is clearly no great political will in the Labour Party to put co-operation at the heart of an alternative, progressive economic policy. This is a great shame.

If it did summon up the courage it would have a ready-made “big idea” that could inform set-piece political speeches, provide an over-arching narrative and provide the basis for the launch of the next general election manifesto and probably several after that.

It would be hugely encouraging to hear Ed Miliband talking about building a People’s Economy, echoing the highly successful Swedish Social Democratic concept of a People’s Home.

He could set an ambitious stretch-target for a certain percentage of the value of the private sector being owned by either customers and/or employees by, say, 2025. This way he would be putting co-operative, mutual and employee-owned businesses front and centre in Labour’s economic strategy, rather than keeping them hidden away on the fringes as they are now.

This isn’t mere ideology or utopianism, it is common sense. Co-operation works, even in the toughest circumstances. One of the few economic success stories of recent times has been the growth and resilience of businesses that are either owned by their employees or their customers (or both) rather than by shareholders and which have social goals as well as profit-maximising in mind.

Stakeholder businesses are economically successful and the general public likes them. It is hard to see how support for these businesses would not automatically deliver the keys to No.10 Downing Street to any party leader bold enough to seize the initiative and put them at the heart of their economic strategy. And they would need to be very bold indeed — bolder in fact than Margaret Thatcher was in the 1980s. The scale of change I am suggesting would be of that sort of order but almost certainly without the major backers in industry, finance and the media who boosted her project.

Powerful vested interests would have to be taken on and faced down at home and great thought would need to be given to the challenge of sustaining investment in such a radically different economic model.

Meanwhile, abroad, there may well be issues with EU competition law if any UK government was seen to be favouring a certain sector of the economy over another. A move away from UK PLC towards Co-operative UK would very likely fare better if it had the support of our progressive European partners, particularly those in France and Germany.

Without a grand vision and a sense of direction, social democracy will remain a static and essentially reformist political doctrine, primarily concerned with how the State can ameliorate and contain the excesses of the market. It will be fighting 21st century battles with 19th and 20th century weapons. All will be lost.

If, on the other hand, social democracy becomes a transformative political creed that seeks, very clearly, to take us on a journey towards the Good Society based squarely on economic and social equality and environmental sustainability, then it has every chance of prospering.

• Bill Kerry has written this article in a personal capacity. This is an extract from The Socialist Way edited by Roy Hattersley and Kevin Hickson, published by I.B.Tauris. To find out more about the book, visit: s.coop/1sdl3 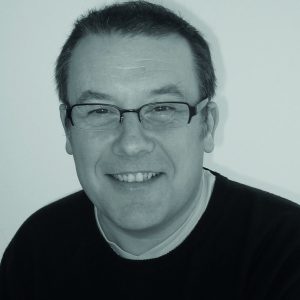 Bill Kerry is a co-founder and Secretary of The Equality Trust (www.equalitytrust.org.uk).