Throughout Co-operatives Fortnight 2018, we’re sharing some of the brilliant stories from UK and international co-ops which show the #coopdifference in action: how, where and why co-operatives can make a difference to you and your communities.

Corporation tax is often presented as a burden, even though it helps fund a myriad of public services, counter financial inequalities and rebalance distorted economies.

But stories of tax evasion and evasion and aggressive avoidance emerge almost daily. It is estimated that €600bn of corporate profits are annually shifted to tax havens, with corporate tax revenue losses globally of €200bn per year – which equates to approximately £7bn of missing revenues in the UK.

The Fair Tax Mark is one organisation trying to combat this, by raising awareness of tax justice and celebrating the organisations who pay the right amount of tax in the right place at the right time. The campaign has been supported by co-ops from the outset, with Midcounties, the Phone Co-op and Unity Trust Bank being early recipients of the Mark. Now nearly 40 organisations have received the Fair Tax Mark, including high street names such as Lush Cosmetics, Timpsons and SSE (the first FTSE100 business to achieve the Mark) and co-ops such as the Co-operative Group, Co-operatives UK, Scotmid, Radstock, East of England, Revolver, Unicorn Grocery, the Eighth Day, Ethical Consumer and the Co-operative Party. 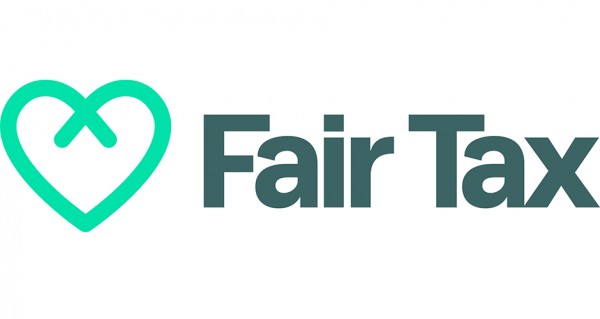 This year the Fair Tax Mark organised the very first fair Tax Fortnight from 9–24 June, with a conference in London on 7 June/ The aim was to celebrate the companies and organisations that are seeking to pay their fair share of corporation tax and who overtly shun the artificial use of tax havens and contrived tax avoidance practices – and also celebrate and explore the positive contribution that corporation tax makes.

Research released by the Fair Tax Mark at the start of the fortnight showed that most of the public would back state intervention to encourage responsible tax planning by business – while 74% would support a call for all companies, whatever their size, to publicly disclose the taxes that they do or don’t pay in the UK.

The research also showed that six in ten people (59%) believe the government and local councils should consider a company’s ethics and how they pay their tax alongside value for money and quality of service when commissioning contracts.

Paul Monaghan, chief executive of Fair Tax Mark, believes the UK public wants “radical change in the area of tax reporting and auditing”, and responsible tax planning taken into account during procurement. “Following the collapse of Carillion, two parliamentary committees called on the government to carry out an ambitious and wide-ranging set of reforms to reset our systems of corporate accountability, and urged them to refer the statutory audit market to the Competition and Markets Authority,” he said.

“Our research indicates that the public would be strongly in favour of this, but would also like to see companies of all sizes reporting on the profits made and taxes paid. Moreover, they would like to see public procurement leveraged to encourage responsible tax planning.”

At the conference, Barry Clavin, ethics, sustainability and campaigns lead at the Co-op Group, led a workshop on embedding fair tax issues into corporate responsibility.

He told participants: “As a member-led, ethical business, the Co-op wants to do progressive things and there is no better way of doing that than ensuring we pay our taxes as good corporate citizens. What’s more, any business that wants to build a credible corporate social responsibility programme that does not include a commitment to responsible tax will not be taken seriously.”

Speaking ahead of the conference, Margaret Hodge MP, chair of the all-party parliamentary group on responsible tax, said the Fair Tax Mark research shows that tax avoidance and evasion are still “major concerns” for the public, despite recent moves to crack down on them.

She said: “The government is now committed to introducing public registers of beneficial ownership in the British Overseas Territories; this is a small but powerful provision that marks a significant change in how tax havens operate and it will shatter secrecy and uphold fair competition

“The APPG on Responsible Tax is delighted to support Fair Tax Fortnight, which celebrates all the companies and organisations that are working to make responsible tax common practice. ”

The issue was also raised in Westminster by Co-op Party chair, Gareth Thomas MP, who highlighted in PMQs that the top five co-operatives in the UK paid more than four times the corporation tax of Amazon, Facebook, eBay, Starbucks and E.on.

“I am sure the prime minister will want to praise the patriotism of those who have signed up to the Fair Tax Mark campaign,” he said. “Might this not be an opportunity to encourage the Department for Business, Energy and Industrial Strategy and the Treasury to take a more proactive and supportive interest in the growth of co-operative and mutual businesses?”

But Ms May only responded that “HMRC had been requiring some of the large companies that he referenced to pay more tax and has ensured we get that tax from them. It looks fairly across all types of institution that operate in this country.”

During the fortnight, the issue of fair tax was discussed at a roundtable in Manchester, hosted by the Co-op Group. Chaired by Rob Harrison of Ethical Consumer, the event included contributions from Lisa O’Hare (head of tax at the Co-op Group) and Alex Maitland (policy officer at Oxfam), with attendees from Midcounties, Eighth Day, Unicorn Grocery and Third Sector accountancy.

“More businesses need to be open, honest and pro-active in positioning themselves, and showing that ethics is part of who they are,” said Richard Livings of the Fair Tax Mark. He gave the example of Timpsons, whose achievement of the Fair Tax Mark was driven at board level by the owner “who new it was the right thing to do.”

At the Co-op Group, the issue of Fair Tax has been driven by members and customers, and at Unicorn and Eighth Day by worker members.

The Group’s Lisa O’Hare said that although the Fair Tax Mark features on the website alongside the tax policy and on relevant infographics on social media, it is not yet used at store level.

At Unicorn, a worker co-op in Manchester, members actively tell the public about it. “However some members think we shouldn’t be doing this as paying tax is the right thing, and something we should be doing anyway,” said Debbie Clarke, worker member at Unicorn. “Some members question why we should get rewarded for that when it’s in our principles and our psyche.”

But Mr Livings said the ready availability of artificial structures made it easier for many organisations to avoid paying tax– so declaring your position is in itself a brave thing to do.