The Manchester mayor called for innovative solutions on housing, schools and social care at the Co-operative Education Conference

Andy Burnham has issued a challenge to the co-op movement to take advantage of devolved regional powers and bring forward ideas to tackle inequality in housing, social care and employment.

The Labour / Co-operative mayor of the devolved Greater Manchester Authority told delegates at the Co-operative Education Conference in Manchester that devolution is “what the co-op movement has been waiting for”, and that his door is open for co-operators to bring ideas.

Making the closing speech at the event on 2 May, he said co-operative values were becoming more relevant because “we are living in incredibly unequal times, possibly not seen since the 19th century. Some people are living literally day to day because work and housing has become so insecure.”

Co-operation is also more relevant to young people who have grown up with the digital economy, compared with older generations, he argued.

“The sharing economy is something that they are very comfortable and familiar with, it’s something they want to see built,” he said. In the digital economy, he argued, collaboration and network building are more useful than competition – meaning that “co-operation is of the here and now.”

He added: “Let’s go straight to the next generation and educate them in how co-operation can help them.”

Mr Burnham said he had set up a Youth Combined Authority which is designing a “curriculum for life”. This will be offered to schools and will include education on financial literacy, health and mental health.

“I believe the co-op movement has a role to play in helping us develop that extra-curricular system,” he added, “and getting over to them that building co-operation at local level might be the best way of building those networks of support that are lacking.”

Mr Burnham said the devolution deal did not give him power to mandate schools teach a Greater Manchester curriculum but added: “I don’t think I will need to persuade them, because they are getting the same call from their students that I’m hearing, that they are not getting the skills they need for life.”

He also called on the co-op movement to contribute ideas for the devolved authority’s policies on housing, employment and care. 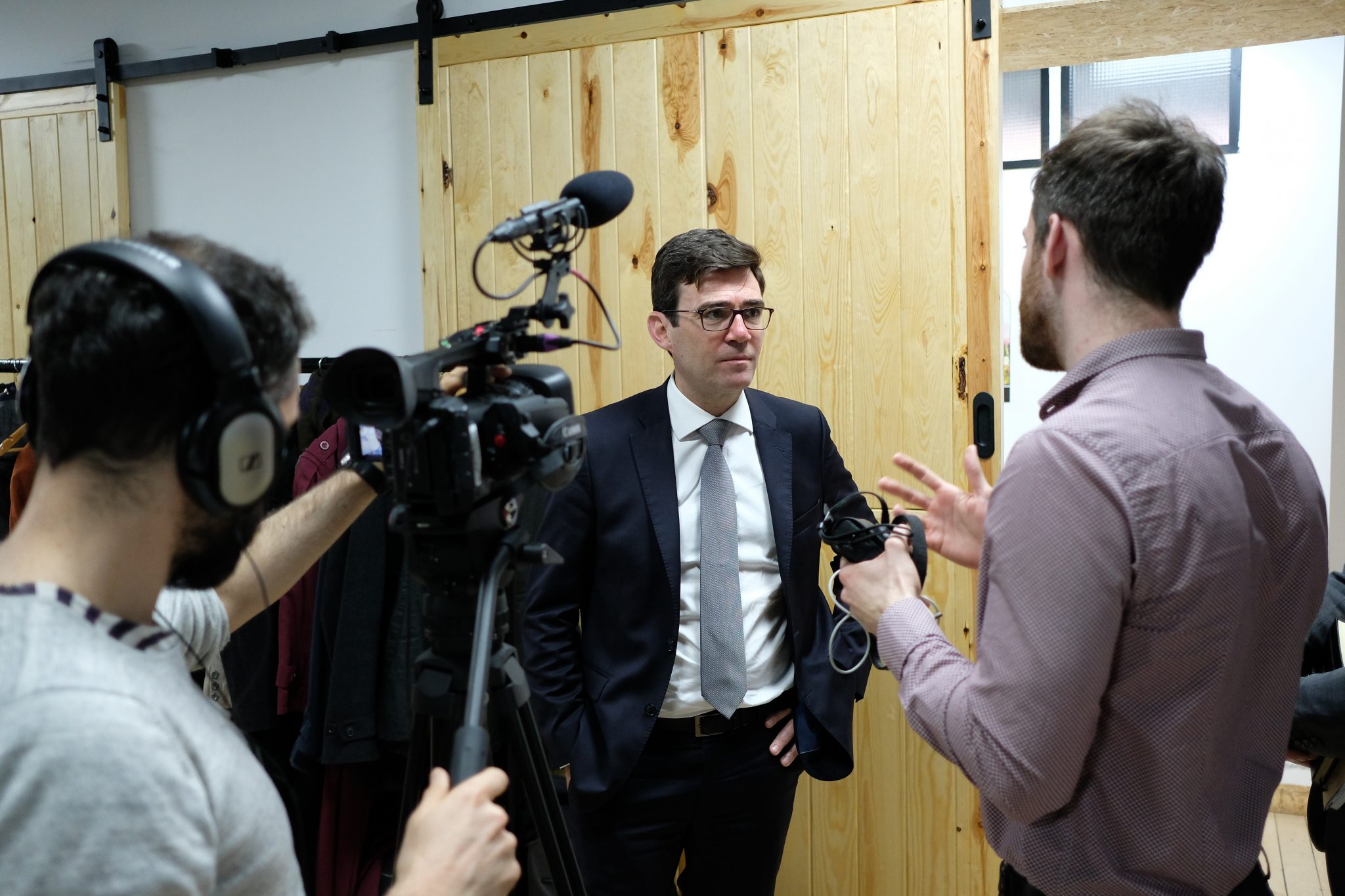 Giving the example of plans to regenerate Rochdale town centre by its co-operative council, Mr Burnham said he wanted to think differently about development in the outlying towns of Greater Manchester, which offer a “blank canvas” for new forms of affordable housing.

And he said he was working on an employer’s charter to define “what is good work in the 21st century”, and wanted input from the Co-op Group and other businesses.

Similarly, he called for “a good landlord approach” in the growing and unregulated private rental market, where four in ten properties in the private rented sector in Greater Manchester fall short of the decent homes standard.

“The co-operative movement is at its best when it sees a crisis and comes forward with new thinking to raise standards,” he said. “We could work together on a policy that is around taking some of those properties out of the private rented sector and developing new co-operative models.

“Maybe the Co-op Bank and credit unions could have a role to play in helping us devise these new solutions.”

Hitting out at the “broken market in social care” which had been damaged by underfunding and outsourcing, Mr Burnham called for a “dramatic raising of standards and an end to profiteering”.

He said it was already legal for service commissioners to take into account added or social value instead of simply going for the lowest bidder, adding: “We believe the not-for-profit sector needs to be be given a different status when it comes to commissioning.”

The devolved authority had signed an accord with the voluntary and co-op sectors to move to longer-term core funding arrangements to support them as equal partners, he told delegates.

Moving on to a wider vision of devolution, Mr Burnham argued that cities would become the key structure for government in the 21st century, “bringing power closer to the people” by offering a bottom-up, regional alternative to a failed, top-down, centralised Westminster model.

He said the area had seen impressive physical regeneration but there were legitimate concerns over whether the growth this delivered was inclusive. “That’s the next phase, where we really work to ensure that people have good housing and good work, that their children are supported to get on in life.

“Manchester famously likes to do things differently. Devolution is our chance to do that, to write our own script.”

One delegate challenged Mr Burnham, saying that co-operation often seemed “a bit of an add-on” for policy makers, instead of being presented as a real movement for change.

“I consider myself told,” said the mayor, “and I will work harder. It’s a good challenge.”

He called on the movement to offer innovative solutions on housing and transport and he would see if they could be made to work. “We can’t just celebrate this movement because we feel warm about it, which we do, it’s about what it’s going to do in the future,” he said. “I think co-operation is going to come back in a big way.”

He added: “We’re in the early days of devolution, but surely devolution is the thing the co-op movement has been waiting for, for decades… The co-op movement is about giving power at the bottom and letting people use power to build something better… We’ve opened the doors for you to rush through.

“It’s being driven by more than than us. It wouldn’t be true co-operation if I said to you ‘I’ve got a brilliant idea for how co-operation can solve the social care crisis’…  you have got to bring those ideas to us.

“I will meet any of you at any time to discuss some of these new thoughts.”