Co-op training and research is crucial in the age of technology, says Ariel Guarco

With the changing nature of work, the co-operative movement will need education and training that responds to its needs.

Speaking at the Co-operative College’s annual conference in Manchester, Ariel Guarco, president of the International Co-operative Alliance, looked at how the movement might take advantage of the opportunities brought by new technology while staying faithful to its community roots.

Giving the example of the worker co-ops that emerged in Argentina after the 2001 crisis, Mr Guarco pointed out that adopting the co-operative business model would require specific training around the working conditions in a co-op organisation and participatory management models.

He believes that co-operatives, as distinct enterprises with different objectives, require adequate education and support in this area.

“The organisation of the work of a company that seeks to maximise the benefit cannot be the same as that of a co-operative that seeks to optimise the working conditions of its members according to what is collectively agreed,” he said.

He added that the workers must be able to participate in the management of the co-operative in all its dimensions. “Participation is not only a problem of will – you must know how to do it,” he said. This includes the training of the associate members on the issues to be decided and having adequate indicators, which will not be those of a capitalist company, because the objectives of co-ops are different.

These two training demands – on working conditions in co-operatives and on models of participative management – are not covered by the usual training offer, argued Mr Guarco. He praised the work done by the Co-operative College in providing support and training to co-operatives, creating a link between the co-op movement and the academic world.

The ICA president referred to a report by CICOPA, the Alliance’s sectoral body for industrial and service co-operatives, which revealed that globally co-ops employ 10% of the active population.

According to the report, 11.1 million people in the world are worker-members. “A co-operative education that responds to the needs and objectives of our enterprises is crucial,” he said. 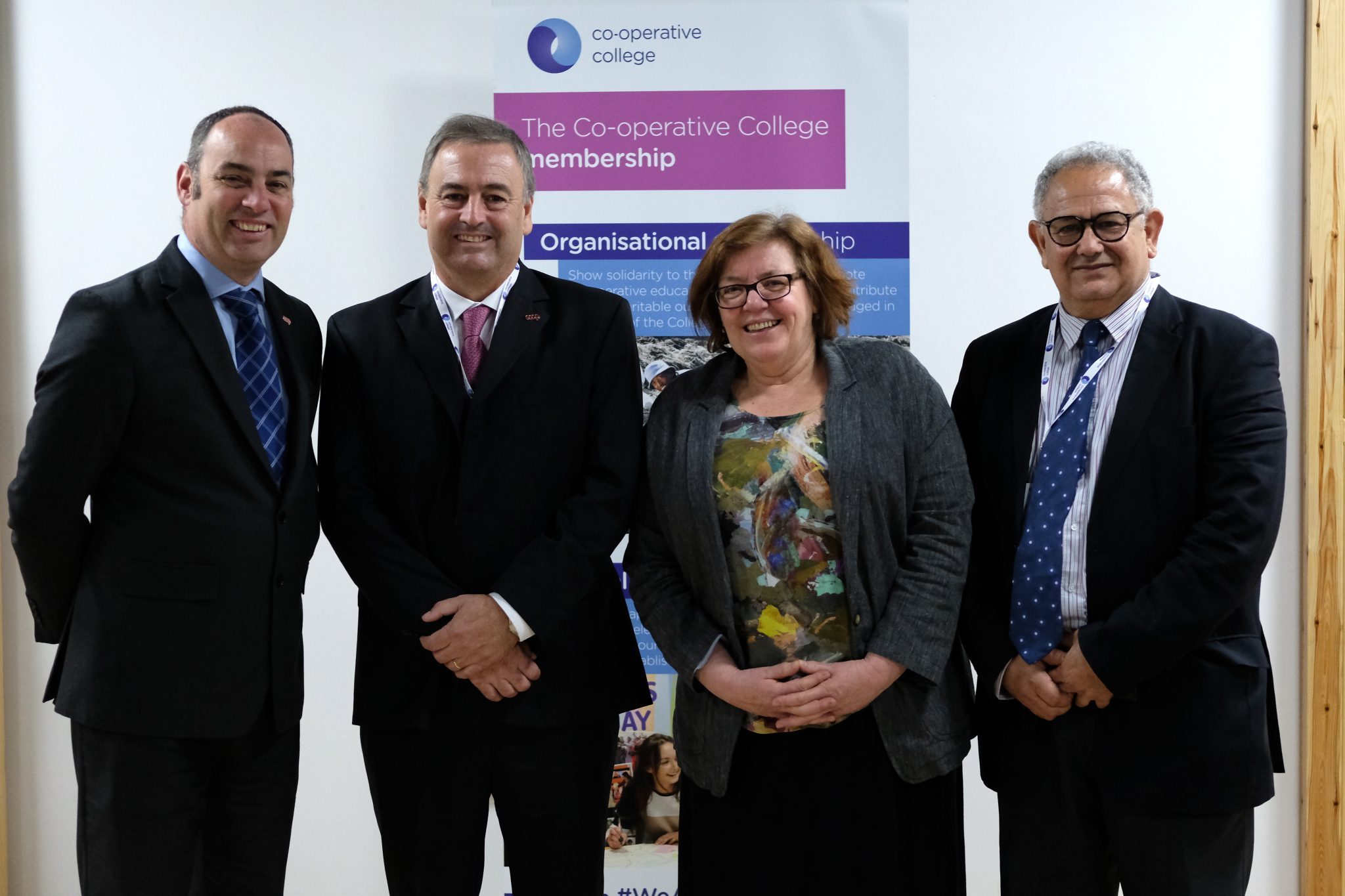 How have training needs changed?

Mr Guarco highlighted that co-ops are no longer just engaging and competing with traditional business models characterised by salaried employment – but also with the collaborative economy, some of which is defined by control of information flows and financial capital. And while he believes the two central training needs of co-ops will remain the same, Mr Guarco thinks that the new technological environment will impact both the working conditions and participation systems in co-ops.

“Participatory management models should incorporate radical innovations if they intend to adapt to new circumstances,” he said.

New technologies and platforms can make it more difficult to build a shared identity for members of co-ops, but they can also increase transparency and direct management, he added.

“Our co-operative platforms cannot simply minimise transaction costs between an individual producer and an individual consumer. The platform must guarantee that the working conditions of that producer are those that he or she has decided in a participatory manner with the group of members of the network.”

Mr Guarco gave the example of Belgian co-op SMart, which brings together 100,000 self-employed workers via an online platform. Through the co-op they get access to training and health and social protection. Unlike Uber workers, who cannot choose their clients based on destination or contracts, SMart members get to keep their autonomy but acquire the status of salaried workers.

“A ‘co-operative Uber’ should not be only an Uber that distributes its profits among the associated drivers. It is a tool where drivers can agree on working conditions, and that this work is worthy, desired and collectively built, valued in the network,” explained the ICA president.

To make a difference in the world of the collaborative economy, Mr Guarco suggests that co-ops focus on certain areas, including promoting co-operative education, by working with academic institutions and trade unions.

He also argues that the co-operative movement should demand a regulatory framework that responded to the new patterns of work organisation.

“Faced with the networks of global brands under the hegemony of financial capital, we must build networks of local identity, built from the community. We are not afraid of global challenges. What alarms us is the lack of roots.”

“When we put something in ‘the cloud’ we are actually putting it into someone else’s server. And that is usually run by the big corporations of concentrated capital, with all that this implies in terms of privacy, sovereignty and, ultimately, power.

“If we want to democratise power, prioritising the democratically organised community in each territory, then we must discuss where the information is hosted, how it is accessed and what use is given to it,” he said.

In addition to exploring the option of owning networks and servers, co-ops should look at using free software, argued Mr Guarco.

“The marriage between free software – the antithesis of closed corporate software – and co-operativism has resulted in the birth of the co-operatives of programmers, experiences where the commitment to free software and solidarity work are convergent as both are at the service of the human dignity,” he said.

Mr Guarco praised the College for looking at setting up a co-operative university, which, he believes, would help to build the knowledge required for the development of new forms of co-operative organising.

“We represent an economy built from the territory, an economy with roots,” he said.

“The issues we are reviewing today have a global scale and require a co-operative strategy at the global level. I invite you to think together, to make significant contributions, from the grassroots to the apex organisations. It is our purpose from the International Co-operative Alliance to give the floor to all those who have opted for autonomous and democratic initiatives to respond to the problems of each community, each country, and the entire world.”