Tracing Jackson, Mississippi’s fight for a future based on co-operation

This book traces the efforts of activists to radically transform their city, drawing on the civil rights and Black Power movements

Jackson Rising: The struggle for economic democracy and black self-determination in Jackson, Mississippi

The use of co-operative models to rebuild struggling local economies is beginning to take root, with examples such as Cleveland in the USA and Preston in the UK. But in Jackson, Mississippi, activists are aiming for an even more radical and transformative model, which draws on the civil rights struggle and the Black Power movement. 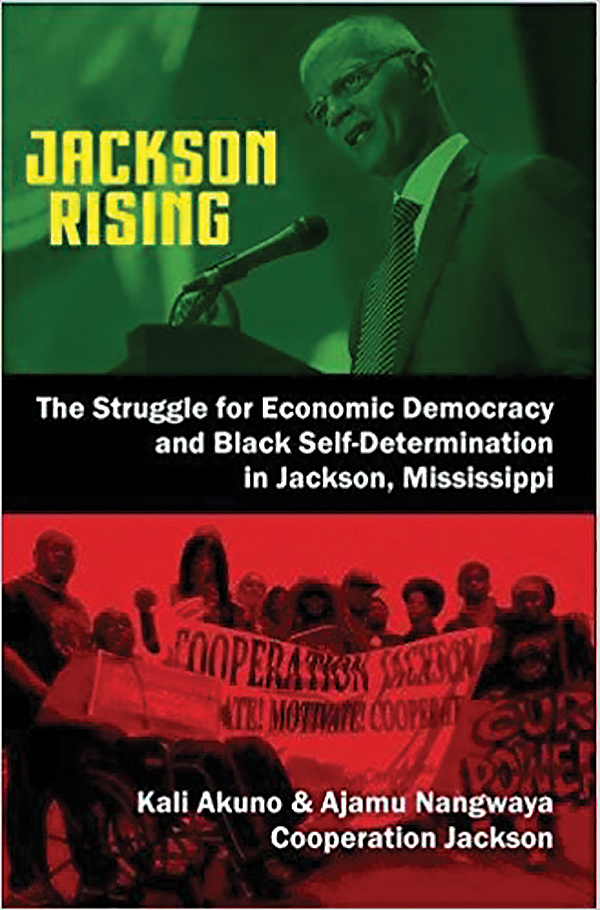 In 2013 a group of activists founded the Cooperation Jackson workers co-op which, beginning with a farm, some plots of land and community centre, aims to build a new economy for the city’s majority black population.

It aims to “to develop a co-operative network based in Jackson, Mississippi that will consist of four interconnected and interdependent institutions: an emerging federation of local worker co-operatives, a developing co-operative incubator, a co-operative education and training center (the Lumumba Center for Economic Democracy and Development), and a co-operative bank or financial institution”.

Cooperation Jackson’s aim is to organise and empower “the structurally under and unemployed sectors of the working class, particularly from Black and Latino communities, to build worker organised and owned co-operatives will be a catalyst for the democratization of our economy and society overall.”

And it’s now the subject of this collection of essays documenting “the history and intersectionality of the co-operative movement and the Mississippi Freedom Movement”.

Jackson Rising describes moves by the city’s council to engage residents in participatory democracy – for instance by giving them a say over the spending of the city budget, and championing a human rights charter and comission to confront “the abuse of state power, police brutality, and inhumane policies that lead to the discrimination, inequality and gross inequities experienced by Blacks, Latinos, indigenous peoples, immigrants, workers, Muslims and other religious minorities, the homeless and members of the LGBTQI community”.

Rooted in the Jackson-Kush plan, devised by Black activists between 2004 and 2010 to encourage a “democratic transition to eco-socialism”, Cooperation Jackson says its ultimate aims are to place the ownership and control over the primary means of production in the hands of the city’s black working class; to advance “ecologically regenerative forces of production”; to democratically transform the political economy of the city, and the wider state and south-eastern USA; and to advance moves to attain self-determination for people of African descent and the democratic transformation of the state of Mississippi.

Ultimately, the co-op leaders say they want to transition the economy away from capitalism to a more sustainable, carbon-free model.

The co-op also takes an innovative approach with regard to technological advances. The book looks at the launch of a Community Production Initiative, which hopes to use digital technology automated production, 3D printing and quantum computing for a manufacturing process that is collectively owned and democratically operated by members of the community.

Cooperation Jackson is also working to develop co-operatives in housing, construction, childcare and solar energy, alongside green worker co-ops,  which will have their own supply and value chains.

The project draws on a long history – as well as taking lessons from examples overseas such as Mondragon in Spain, the book looks back at the history of black co-operatives in the USA, stretching back to the Colored Farmers’ National Alliance and Cooperative Union, formed in Texas in 1886. And it pays tribute to the work of Chokwe Lumumba, who served as mayor of Jackson from 2013 until his death in 2014 and sowed the seeds of the co-op plan.

It is early days for Cooperation Jackson, which faces barriers and opposition – the book describes moves by the white-led Mississippi state legislature to limit the city’s autonomy. But this book takes a useful look at one of the many directions the co-operative movement might take, under the influence of new technologies and combined with radical political movements. In this case, in the words of Mayor Lumumba, it means “the building of the new society”.