Lincolnshire Co-operative Society has confirmed the closure of its two food distribution centres in Lincoln later this month.

Deliveries of ambient goods such as tins, packets and bottles to the society’s food stores will instead come from a depot in Nottinghamshire, which is part of the National Integrated Supply Chain operated by the Co-op Group.

The society says the change will allow it to offer more choice and a wider variety of products to customers and better meet the demands of changing shopping habits.

It will also lead to significant savings, which can be invested in new and improved services – including opening new stores across a wider area – and keeping prices competitive in a tough trading environment, it adds.

The sites in Pioneer Way and Whisby Road in Lincoln will stop delivering ambient products to the society’s 83 food stores from Monday 11 September.

The Castlewood depot in Nottinghamshire is part of the national distribution network that supplies several independent co-operative societies. Lincolnshire already receives fresh and frozen deliveries from that depot and combining the delivery streams will be more efficient, delivering savings of around £1m a year, it says.

The plans were announced in July when a consultation began with the affected staff.

A support centre was set up at the site and offered sessions from organisations including JobCentre Plus and the National Careers Services. There were also numerous presentations from other local employers, free training sessions, plus interview and CV writing workshops.

This support has helped almost half of the 111 warehouse, driving and support staff originally at risk of redundancy find alternative work, arrangements or another outcome, said the society in a statement. 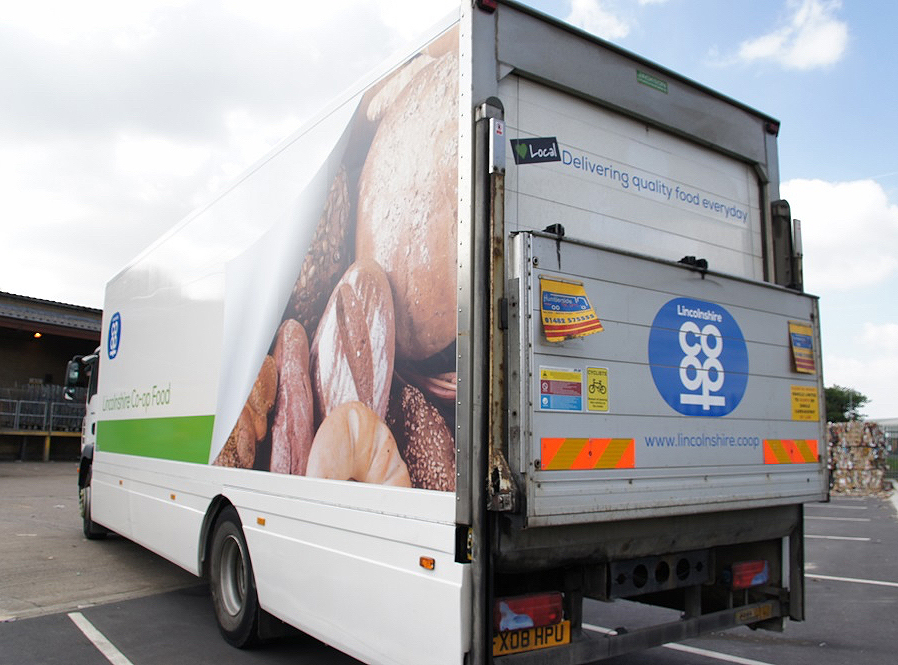 Nine colleagues have been redeployed within the society, while a small number have left before their redundancy.

Of the 95 colleagues now expected to be made redundant, so far 32 have found roles with other employers or self-employment. Several of those are positions in the set-up phase of the new Ryvita plant in Bardney.  Another six colleagues have taken the decision to retire, says Lincolnshire.

The society says the remaining colleagues will continue to be supported as they move forward with applications for positions elsewhere or make other arrangements.

Chief retail officer Mark Finn said: “Despite the challenging situation, it was to their credit that the team responded with true professionalism. I’d like to thank them all for their efforts over the last few months.

“Lots of colleagues took up the training we offered, with over 120 courses completed, and many were successful in obtaining alternative employment from employers who came in to give presentations and talk to the teams about the opportunities in the local area.”

Mr Finn said the decision would help Lincolnshire Co-op react to market forces and changing customer habits in the future.

“The key reason for making this difficult decision is to ensure Lincolnshire Co-op can continue to be a strong independent co-op serving our members, customers and the communities of Lincolnshire and beyond,” he said.

“By continuing to deliver great standards and service locally we will remain a strong business. The savings will help us in running our food stores and making continued investment in improvements and new stores.”

Lincolnshire Co-op will continue stocking local products from suppliers across the area as part of its Love Local range.

Both the Pioneer Way and Whisby Road sites are owned by Lincolnshire Co-op and alternative uses and future developments are being explored.