Over the last two months we have been bombarded with messages from political parties of all stripes about how the economy is broken, how it needs fixing.

For those of us who are involved in running or supporting businesses in the co-operative sector, we know this is true. We need an economy over which we all have a say, an economy where wealth is shared and where we all have the power to work together to meet our needs.

We know, too, that it’s not government that will make this happen. Policies can make it easier for local people to take ownership of community assets together, for example, or for farmers to market products together. But without the demand for co-operation in local communities or among farmers, we are unlikely to see people taking advantage of these opportunities to the level that will make a difference to large swathes of the economy.

So, if we want to strengthen the co-operative sector, to increase the demand for co-operatives, we can’t wait for new government policies or a sudden wave of enlightenment. We need to do it ourselves. All of us who know that people across the country can benefit from a more co-operative economy – we need to start to build one.

That’s why over the last year Co-operatives UK has been facilitating the development of a strategy to strengthen and grow the UK’s co-op sector. 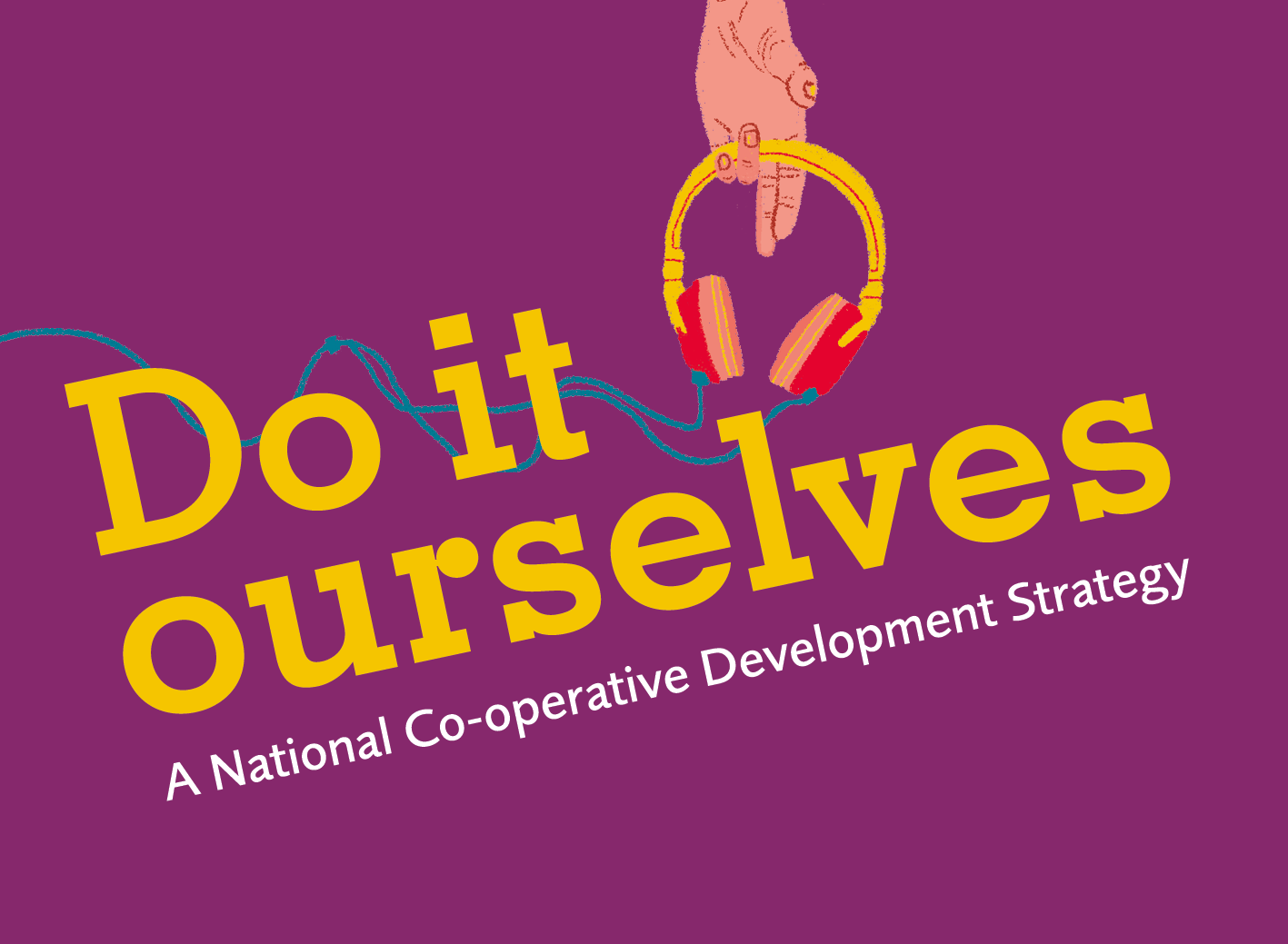 We have had input from 550 different organisations who have offered information, ideas and innovations – and we have honed these many elements into a focused but creative strategy.

If we want to an economy in which everyone has a say and a stake, then here’s what we need to do.

Commit to being great

Existing co-operatives are the inspiration that draw people to starting or joining a co-op. We need co-ops to be exemplars – in governance, in member engagement, in making a difference. At the core of any strategy to create a more co-operative economy is the need for co-ops to commit to being great over the coming years.

Be open to new co-operation

Co-operatives are a tool to help people take ownership of things that matter to them. Decent food was the issue for the Rochdale Pioneers; for many people today it’s decent work, or saving our environment, or securing better healthcare. We need to be open to the new forms of co-operation that emerge – to help and and support them so they can grow into flourishing parts of a diverse co-op movement.

If we want more people to start and join co-ops then we need to inspire more people. All of us who know the benefits that a co-op can bring – to individual people, to local areas or to the economy as a whole – can be champions or advocates, helping people in our networks see why a co-operative option would work for them.

Our new strategy, Do it Ourselves, sets out a host of ways in which individuals and co-ops right across the sector are already doing some of these things, and how we can support and amplify them. It is designed to work as a call for action, open also to new ideas and new partnerships. It’s an ambitious strategy that aims to significantly increase the number of co-ops and their presence in society. But it’s one that we can and must get working on. This is where it starts.

Dame Pauline Green was the Labour and Co-operative MEP for London from 1989 to 1999 and leader of the Socialist Group in the European Parliament from 1994 to 1999. She tabled the motion of no confidence that led to the resignation of the European Commission led by Jacques Santer in March 1999. Since retiring from the European Parliament at the end of 1999, she has worked as president of the International Co-operative Alliance and, in 2014 and 2015, sat in the task forces of the Business Advisory Group of the G20.

Which are the world's most co-operatively minded countries?
Previous

Leaving no one behind: small producers in the East of England
Next
Subscribe to the newsletter