Employee ownership: The business model of the future?

By Susan Press
The team at Barnard & Westwood, a fine printer and bookbinder, which has been employee-owned for two years

Employee Ownership Day on 30 June is aiming to raise awareness of a fast-growing sector which employs around 200,000 people in the UK with an annual turnover of up to £40bn.

According to the Employee Ownership Association, there are around 300 employee-owned businesses – and the number is growing at a rate of 10% every year.

The most common route into employee ownership is when private owners decide to sell the business to their workforce. In many instances, these are fiercely independent family concerns who don’t want to merge with big corporates.

“Most of these organisations are not worker co-operatives or necessarily aligned with co-op principles in their purest form but they are definitely in the same family of business recognising the importance of people and values,” says Deb Oxley, chief executive of the Employee Ownership Association.

“We talk about ourselves as being part of a wider family which includes mutuals and alternative business structures. It’s about how you engage individuals and give them a purposeful stake in the business in which they work, bringing together key stakeholders.”

The Employee Ownership Association has its roots in commercially operated successful independent businesses which are more progressive and has a “friendly, open relationship” with the co-op movement.

“I know [Co-operatives UK secretary general] Ed Mayo and we spend quite a bit of time talking about some of our shared challenges,” says Ms Oxley.

“We do not want to become fragmented, we want to build a single narrative that helps politicians and policymakers understand we are not niche and not unusual. The majority of people in the UK do not work in plcs. If we are going to influence policymakers and politicians we have to recognise there are different ways of running successful businesses and there are nuances between us; we are all in the same Venn diagram – just doing it slightly differently. We can come together as part of the same family with a collective endeavour.”

The growth of employee-owned businesses has been boosted by new legislation and recent tax incentives from the government and a demand for more progressive forms of capitalism. There are several models but many operate via an  employee ownership trust – often referred to as the John Lewis model.

Ms Oxley believes the employee ownership sector is now of a size and scale to have a strong voice. “There has been a landslide shift in thinking about how we continue to preserve the independence of business models that are more inclusive and engaging,” she says.

“Our model is profit-led but recognises the importance of people instead of simply doing what listed counterparts might do with short-term financial incentives. It’s a sustainable way of delivering business.

“You implement a structure that engages and it’s an opportunity for every employee to participate in some sort of ownership with meaning and relevance in the way business is managed.”

Some businesses offer employee representation on their board, others have employee councils – but all share what Ms Oxley calls a ‘holistic’ approach to doing business.

“We believe that employees should use capital rather than capital using employees,” she says. “The benchmark for many new ventures is the ‘John Lewis model’ where shares are held indirectly on behalf of employees in a trust. Others offer share schemes where shares are in the employees’ name and the proportion of dividend is determined by how many shares you own.”

“Whichever the model, our performance is phenomenal. Between 2014-16, combined sales increased by 10.2% and employee numbers by 15% – compared with the overall UK employees growth of 5.8%.”

Many employee-owned businesses are in the retail and manufacturing sector but successful enterprises are being set up right across the board. They include law firm Stephens Scown, which has 300 staff across Devon and Cornwall and a turnover of £18m.

In June 2015, bespoke bookbinders Barnard & Westwood went from being a historic family-run company with a 100-year history to a 100% employee-owned enterprise. The previous shareholders sold all of their shares to the newly created ‘Barnard & Westwood Employee Ownership Trust’ which acts to safeguard all of the shares on behalf of all employees who are now ‘partners’ in the company. The firm has elected two trustee representatives from the current workforce to serve on its board.

Another example is Wilkin and Sons, famed for its jams and preserves, which has been in business in the Essex village of Tiptree since 1885 and proud holders of a royal warrant from the reigning monarch since 1911.

Through a trust, the employees control almost half the company’s shares. Trading profits are used to buy back shares for the employee trust so that everyone involved is a stakeholder. The company has always been an integral part of the local community – it is the largest employer in Tiptree and takes its social responsibilities seriously. 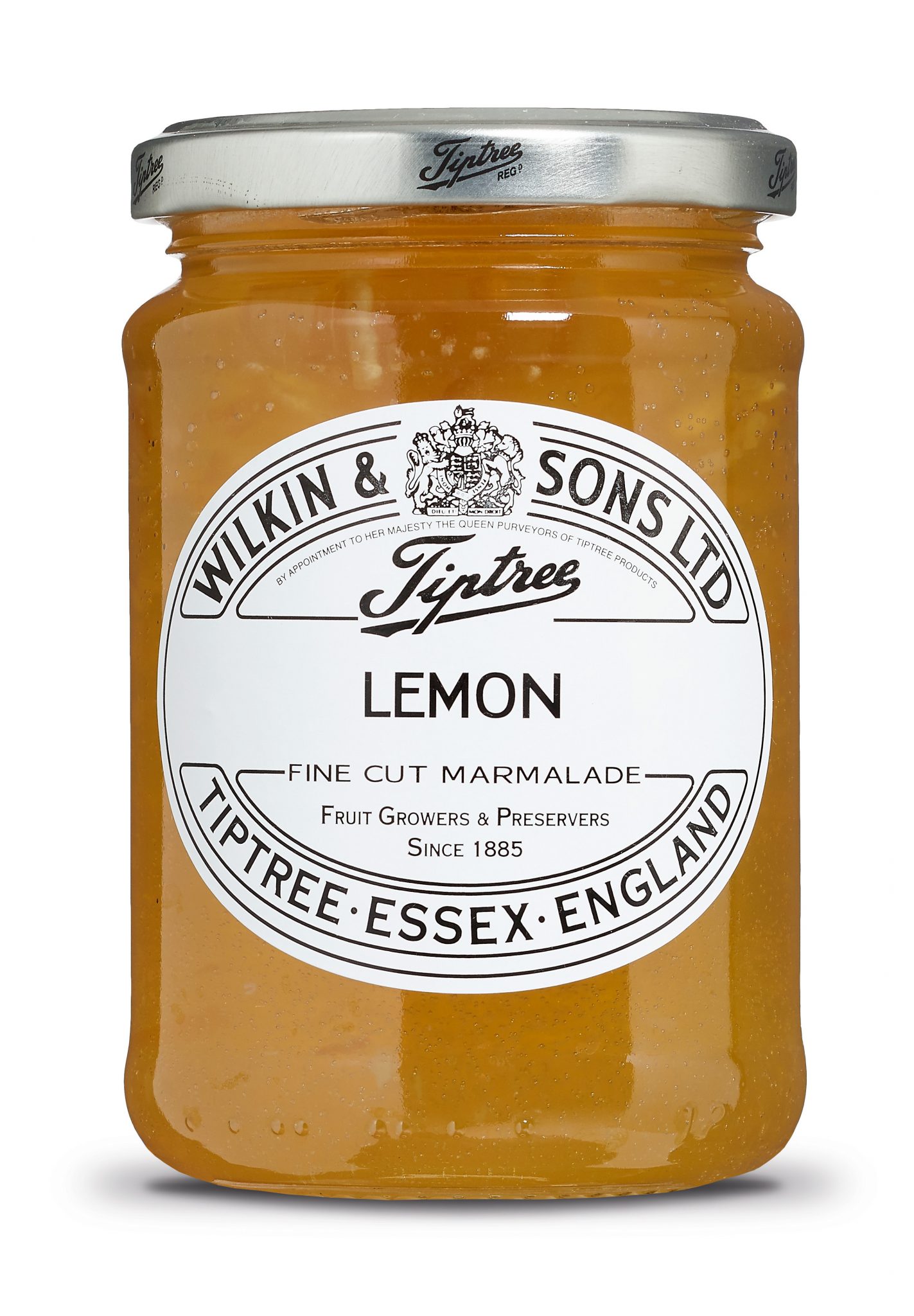 Profits are used to support local sports and arts organisations and to improve the environment. Each year the Tiptree Strawberry Race takes place in June and all funds raised are donated to a charity, usually one with local roots. Tiptree’s Youth Club is based in the Factory Hall and the local dramatic society has storage facilities on company premises.

As the sector grows, so does the range of guidance and support available. Co-operatives UK offers guidance to people interested in becoming employee-owned businesses through its Hive project. And part of Co-operatives UK’s National Co-operative Development Strategy, which is being launched at this year’s Congress at the end of June, will be to help people like lawyers and accountants who are in positions to advise about business succession to be more knowledgeable about the co-operative option.

Andrew Harrison, from Co-ownership Solutions, has been involved in the employee ownership and worker co-operative sector for over 15 years, and is one of the Hive’s practitioners.

Since 2010 he has worked with over 30 companies, varying in size from five to 500 employees and across different sectors, providing expert advice and project managing their move to employee ownership. Mr Harrison is also independent chair of trustees for a number of successful employee-owned businesses and supports the sector through his role as a trustee director of Co-operative and Community Finance.

“Academic research shows that employee-owned companies are more productive and for the vast majority of people it’s also about being able to pass on a moral as well as a financial benefit to the company via tax incentives.”

Andrew’s list of clients includes Eagle Plant Hire, which has over 250 employees and 26 depots across the country, and became an employee-owned business in April 2016. Its employee council seeks views on the future of the business and the first of two employee trustee elections have taken place. All qualifying employees have just shared in their first bonus.

Another is Norfolk-based civil engineering company Plandescil, which was established as a family-run business in 1979 and transferred to employee ownership in July 2016. It has a wide range of clients from individuals to large-scale international companies and has prioritised training for young engineers as part of its strategy to help employees reach their full potential.

And in the town of Ebbw Vale in Wales, award-winning packaging company Primepac Solutions was formed in 2005 following the closure of a local factory. It now employs between 35-50 people who package anything from powder sachets to 1 litre glass bottles.

“We were doing five or six transactions annually – now it is double that,” says Mr Harrison. “There are now a number of other advisors in this sector and it is a true measure of how mainstream it is becoming when lawyers and accountants are saying they can do this kind of work.

“I work for a company in Newcastle which has been employee-owned for nine years and it is very successful. I could not see why other people would not want to replicate that. It’s sensible for businesses to be owned by their employees and good for the wider UK economy. We passionately believe that employee ownership and worker co-operative models provide a better and fairer way of doing business.”