IFFCO is now the biggest co-op in the world by turnover on GDP per capita, reaching 40 million farmers with 36,000 member co-ops

A co-op formed to improve fertiliser supply to farmers in India to help them end a food crisis has been celebrating its 50th anniversary – after rising to the ranks of the world’s leading co-ops.

The Indian Farmers Fertiliser Cooperative (IFFCO) is the biggest co-op in the world ranked by turnover on GDP per capita, has 36,000 member co-operatives, and is the country’s biggest producer and distributor of fertiliser, reaching nearly 40 million farmers.

It has been placed sixth in the Business Standard 1000 list of Indian companies, and 37th in Fortune India’s 500 largest companies.

To mark the half-century, managing director Dr U S Awasthi and his team are travelling the country, meeting farmers at 125 locations to tell them about government initiatives, ranging from soil testing projects to digital transactions.

It’s a lap of honour for the co-op, which was founded on 3 November 1967, to produce and distribute the fertiliser the country needed to boost grain production, IFFCO puts its success down to “the ‘glocal approach’ – think locally but operate globally”.

A spokesperson said: “We have managed to reach almost every village of the country and in return gained the faith, love and trust of millions of Indian farmers.

“IFFCO runs on the co-operative principles at very local level but operates globally. The board of directors have the pulse of the member co-operatives which in helps in taking decisions for the growth and benefit of farmers and co-operatives.”

This co-op ethos has sustained IFFCO since its inception, when the young 1960s generation in India responded to the movement’s ideals of self-help, accountability, democracy, equality, equity and solidarity. It continues today, with the business working to develop women’s co-ops and improve sustainability.

Elections are held at every level, with 1,000 delegates sent to the annual general meeting; and all IFFCO operations are transparent in nature and available to view online.

Dr Awasthi, a chemical engineer of five decades’ experience, said: “There is a deep resonance between IFFCO’s growth and our society’s development; our trajectories run in parallel. Working together democratically to improve our farmers’ lives to achieve sustainability is our path into the future – for the nation and for IFFCO.”

This path to success – helped in the early days by international organisations such as the American Cooperative Study Team – began with two plants at Kalol and Kandia, building its capacity to produce ammonia, urea and NPK (nitrogen, phosphorus, and potassium) fertilisers.

IFFCO continued adding and expanding sites over the following decades and, after the millennium, became an autonomous co-op with partnerships in India and abroad.

The organisation branched out, and in 2000 opened IFFCO Tokio General Insurance to offer rural insurance products. It has also ventured abroad, opening Oman India Fertiliser and becoming a stakeholder in Senegal industrial company ICS. In Dubai, it set up Kisan International Trading FZE (KIT) – a subsidiary for imports, exports and logistics.

“IFFCO has a multinational presence with diversifications in sectors like general insurance, agro-chemicals, rural telephony, farm forestry, international trading, seeds, rural retail and even e-commerce which specially caters to the farming community through its unique Digital platform,” said the spokesperson.

This diversification means IFFCO has grown from one organisation to more than 16 companies, including joint ventures and associates – but, added the spokesperson, “the trust, faith and love of farmers is also its success”. 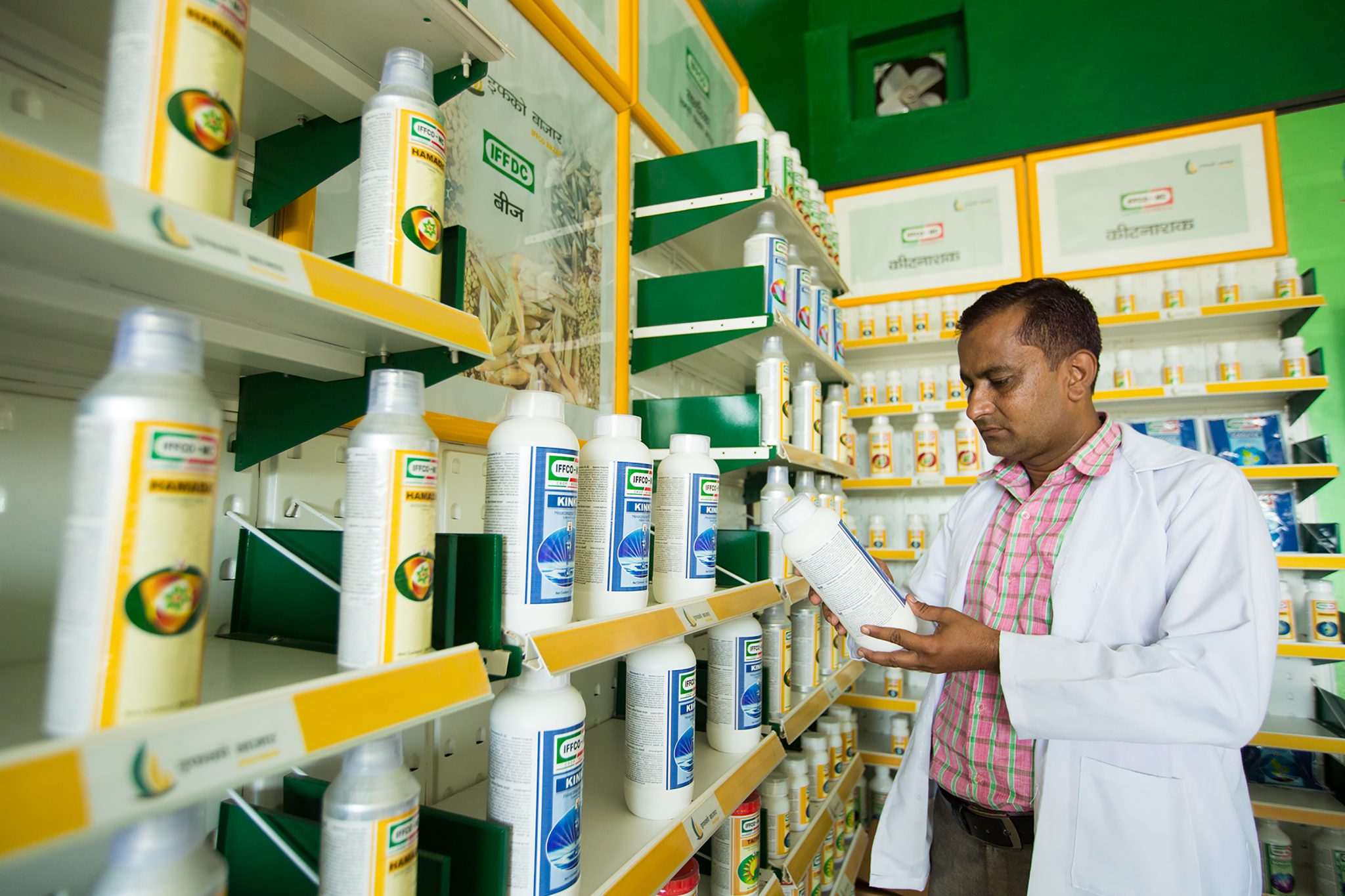 The co-op has branched out into other industries and countries. And the co-operative ethos that chimed so well with an emerging young India back in 1967 now sees IFFCO working to “empower” rural India – including disaster relief, free health and eye check-ups, assistance for rural hospitals, afforestation and rural development in Uttar Pradesh, Madhya Pradesh and Rajasthan.

Livelihood and natural resource management projects are being carried out in thousands of villages and a Cooperative Rural Development Trust has been set up to offer skills in crop and animal husbandry, horticulture, mechanisation, fertilisers and beekeeping.

Forestry projects, which are increasing green cover in India, include the planting more than 1.5 million neem trees over the past year. Uses of neem oil range from medicine to production of fertiliser and polymers.

The spokesperson said: “The confluence of all its programmes and initiatives gives rise to advanced and sustainable farming, which is an inspiration for young India to love agriculture and innovate new ways to make it profitable for next generations.”

To help them move into that future, members are being taught about mobile banking and how to manage digitally in a low-cash economy, so they can connect to government departments and access savings plans, pensions and insurance policies. IFFCO has so far organised 130 cashless transaction promotion programmes, which have seen around 40,000 accounts opened.

The IFFCO Foundation carried out studies, research, policy analysis on agriculture and rural development, to influence government policy from national to the community level, and the co-op has established professors’ chairs in agricultural and co-operative institutions to foster research and co-op education.

It is also carrying out environmental projects, with the Save The Soil campaign to ensure sustainable high quality, reliable farm inputs and services, and a balanced use of fertilisers, organics and bio fertilisers. Its own plants are also being made more energy-efficient. IFFCO’s platform for sustainable agriculture currently operates in 11 languages, and aims to cover all the country’s languages; it already has more than 11 million users.

Financial assistance is being provided to create for biogas plants to produce high-quality manure, with water resources developed to improve the water table and make land more irrigable.