In July the Global Living Wage Coalition set up a new Anker Reference Value methodology, to measure and improve Living Wages and Living Incomes around the world. This makes it quicker and easier to estimate a decent income for small-scale farmers and hired labourers.

Developed by Richard Anker, Martha Anker, and Ian Prates, the methodology builds onprevious work by Richard and Martha Anker, who have spent decades researching the issue. Martin Atkin, communications consultant for Fairtrade International, speaks to them to find out more…

Why are the Anker Reference Values a big deal?

Richard: They’re based on the all the knowledge we’ve gained from 40 studies we’ve done around the world. We came up with approximate values for a decent income in urban and rural locations in a given country. They’re not meant to replace the full benchmark studies – they give you a quick ballpark figure. A full study takes around six months and costs four times as much.

Martha: The real value is that they will cover more countries, more quickly. We’re going to double the number of estimates available in six months. You don’t necessarily need a full study to tell you that if workers’ wages are way below the reference value, then you probably just need to increase wages. You can see it right away.

M: We need a common language – ultimately it’s about earning a fair income. You might have to try different approaches for wage-earners and self-employed farmers. For example, we know the price of cocoa needs to be raised for cocoa farmers to earn a living income – but even if the price goes up it might not result in workers on cocoa farms receiving a living wage. So you would have to raise the wage of the cocoa workers as well as raising the cocoa price.

How did an economist and a statistician end up experts on living wages?

R: In 2000, when I was at the International Labour Organization (ILO), we had an overarching goal of ‘decent work’. You have to be able to measure and define ‘decent work’ in its totality before you can track how countries are doing. We devised statistical and legal indicators, but the weakness was wages – there was no measure of what a ‘decent wage’ would look like.

All the existing definitions were flawed, and none of the ways of measuring decent wages or incomes were accurate. After I retired, I thought it would take me about three months but as you can see, I am still at it!

Several years later, the ILO asked me to write a report into how living wages have been historically defined or measured. One of the big proponents of a living wage turned out to be 18th century economist Adam Smith, who felt the economy should benefit those who make the goods and services we consume. The Catholic Church was a leader in the living wage movement with an important Papal encyclical in the late 19th century. I found a common thread across all these economists, activists, religious leaders, academics which I pulled together. Now that definition is widely accepted, and the argument that you can’t measure it has disappeared.

M: The Global Living Wage Coalition accepted the definition [in 2014], and that gave it greater acceptability – nobody now says living wages can’t be defined or measured. It was beyond our wildest dreams to have our definition and methodology become the gold standard.

What made your approach different?

M: One of our big changes was to include decent housing in the methodology. Accepted wisdom was to measure how much food you needed and how much it cost as a percentage of your expenses, but we also estimate separately what is needed for decent housing and other essential non-food needs.

R: That was really important, because we could actually show photos of workers’ houses and the houses they should be living in. Employers said workers don’t need much money because their houses are cheap – to which we replied, that’s because they are living in terrible conditions!

M: It’s very hard to show an inadequate diet in a way that evokes an emotional response, but if you show someone a photo of a slum, that picture is worth a thousand words.

R: One company wanted to pay a living wage around the world, so they asked us to help. In one instance, we worked out they would have to double or even triple the wages. When they did not immediately respond, we emailed them photos of their workers’ housing and within half an hour they replied, saying – “This is unacceptable, we can’t have our workers living like this. No matter how much we have to raise wages, we’re going to do it.” And they did. Now we always supply photos in the technical reports.

What’s next for you?

M: We’re starting a research network aimed at also learning ‘beyond certification’ – we already have one but we want to make it more formal.

R: We’d like to see the work expanding, not just stuck on reference values and benchmarks. Taking action is much harder.

M: It’s really hard to get companies to take action. We met a factory manager once who said, “Why raise wages when you don’t need to? We have plenty of workers.” But a year later we got an email from him saying, “It’s the best thing we ever did! There’s no turnover, the workers are stronger and we attract the best ones.”

R: We need to answer some key questions. For example, some employers claim migrants should be paid less than non-migrants because their families live in a cheaper country. We need to find a way to measure in-kind benefits accurately. And what does a living wage mean for social and public policy on minimum wage, universal basic income or tax policy? It doesn’t seem right that workers who are already so poor should have to pay income tax – but governments need revenue.

When will decent incomes become a reality for farmers and workers?

R: I’m optimistic, but only if the world moves in the right direction towards social justice – and that means including wages in public policy. I think that living wages are sustainable – if you have good social policies on schools and housing, you don’t need to earn so much.

M: Things are already better. Look how India has changed – it has got better and I’m hoping it will continue. We’re trying to get the research into action. That’s the hard part – it takes researchers and the action people working together.

R: There’s a growing realisation that if you raise wages, companies can benefit. We need to gather more evidence about what happens when wages are raised. There’s a belief that higher wages equal higher costs, which hurts profits – but there are lots of examples where that’s not true.

M: Attitudes are changing. Back in the 1970s, the first time someone told me consumers would be willing to pay a higher price for responsibly produced food I wasn’t sure that was possible. Fairtrade changed the way I think about things.

What role can co-ops play?

R: Co-ops often play a central role in living income and living wage studies, as their members know the conditions on the ground best. Once a living income study is completed, co-ops can use the results to improve the incomes of their members by negotiating better deals, getting better prices or improving other contractual terms.

M: Co-ops provide training and information sharing for farmers. They also play an important role in advocating for government policies which help towards a decent standard of living, such as improved healthcare, better and less expensive schools, better public transport and reducing taxes on low and lower-income families. 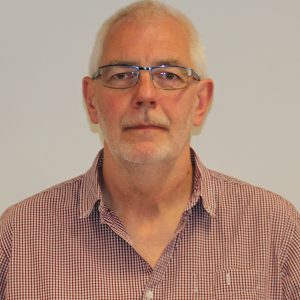 Martin Atkin, Founder of Funnelweb Media, is a journalist and content producer specialising in development, environmental and sustainability issues. Atkin formerly served as the Head of Communications at Fairtrade International, and currently works with the organisation as a communications consultant.

Would co-operatives make tea taste better?
Next
Subscribe to the newsletter