How Margaret Llewelyn Davies helped to shape the co-operative movement 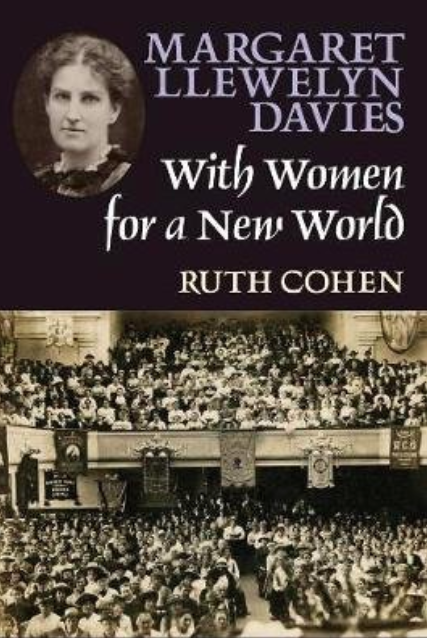 In 1922 Margaret Llewelyn Davies became the first woman to preside over the Co-operative Congress, an event attended by her close friend Virginia Woolf.

A commentary in the then weekly Co-op News described Margaret as “the best man of the conference … sweet, sympathetic and smart”.

She used 1922 congress as an opportunity to criticise the barriers facing women as they tried to progress within their co-operatives, and call for changed including greater grassroots democracy and better treatment of employees.

A new book, due out this month, looks at her contribution to pioneering equality and driving a progressive agenda within the co-operative movement. Author Ruth Cohen started work on the biography 11 years ago, after being inspired by the work of Llewelyn Davies and the Women’s Co-operative Guild.

Ms Cohen, who has a degree in history, has spent many years working in the NHS and helping people to claim welfare rights. She is a co-author of two books: School’s Out (Family Service Units) and Hardship Britain (Child Poverty Action Group).

For the book – the first full-scale biography of Margaret Llewlyn Davies – she researched letters send by Margaret to her family and a family memoir by her niece, along with report and articles from Co-op News.

Why does she think now is the right time for the book? “Margaret Llewelyn Davies was a campaigner, she wanted to change the world and make it better,” says Ms Cohen – adding that some of the issues the Women’s Guild campaigned for are still relevant today.

Guild members were primarily home-based married women from better off sections of the working class. Llewelyn Davies came from an upper middle class family, which was embedded in radical and reforming intellectual circles of the time.

Once elected general secretary, Llewelyn Davies introduced a system of education, discussion and campaigning. Under her leadership, the Guild campaigned for better conditions for working women, divorce law, fair wages and maternity care, among other reforms. The book explains how the Guild gave women a platform to share ideas and the ability to implement them. One member said at the time that “from a shy, nervous woman, the Guild made me a fighter”.

By 1914 the Guild was named the most remarkable women’s organisation in the world by The Guardian.

In her book Ms Cohen describes Llewelyn Davies as “a co-operator but also a socialist, a feminist and a pacifist”. She adds that “her feminism, as we would call it today, was inextricably intertwined with her co-operative and socialist beliefs.”

What issues would she be campaigning on today? Ms Cohen thinks she would be calling for decent benefits, particularly those unable to secure a stable income. Another issue which would have drawn her support, she adds, is ethical trading. “She and the Guild fought with local co-ops to boycott goods that were produced not in decent conditions.”

She would also campaign on equal pay and back campaigns to liberalise Britain’s immigration laws, thinks Ms Cohen.

She believes Llewelyn Davies’ greatest achievements were giving women within the movement a voice and pushing for the co-operative ideals of the movement, from mutual aid to working together and achieving social change.

“She pushed for values – she said, ‘we are not in it just to help ourselves with a big dividend’. That had more practical implications, such as women fighting for ethical trading and decent pay. She was a big influence in the progressive side of the movement,” adds Ms Cohen.

The Co-operative Women’s Guild was disbanded in September 2015, after 132 years. While she thinks it is upsetting that the Guild had to fold, Ms Cohen adds: “It was a product of its time”.

“The women who took part were not rich or poor but didn’t have regular work outside their homes. Some had hard lives. Women’s work life is so different now, the whole situation of women has changed, it has not necessarily improved, but it has changed substantially.”

She thinks an organisation like the Guild would be using technology and social media rather than weekly meetings to meet the needs of today’s women.

The biography aims to raise awareness about the role of Llewelyn Davies and the guild in campaigning for equality. While the latter came from a privileged background, Ms Cohen thinks future research projects could also explore the lives of the working class women who made up the Guild.

“It is a time that is right for her ideas and the guild’s ideas. We need to know about our heritage,” says Ms Cohen.

Published by Merlin Press, the book is available at all major retailers for £17.99.

Covid-19: Italian co-ops call for higher social protections for workers
Next
Subscribe to the newsletter