Book review: How do we give economic power to the people?

The making of a democratic economy: Building prosperity for the many, not just the few Marjorie Kelly and Ted Howard (Berrett-Koehler, US$26.95 (£21.60)) 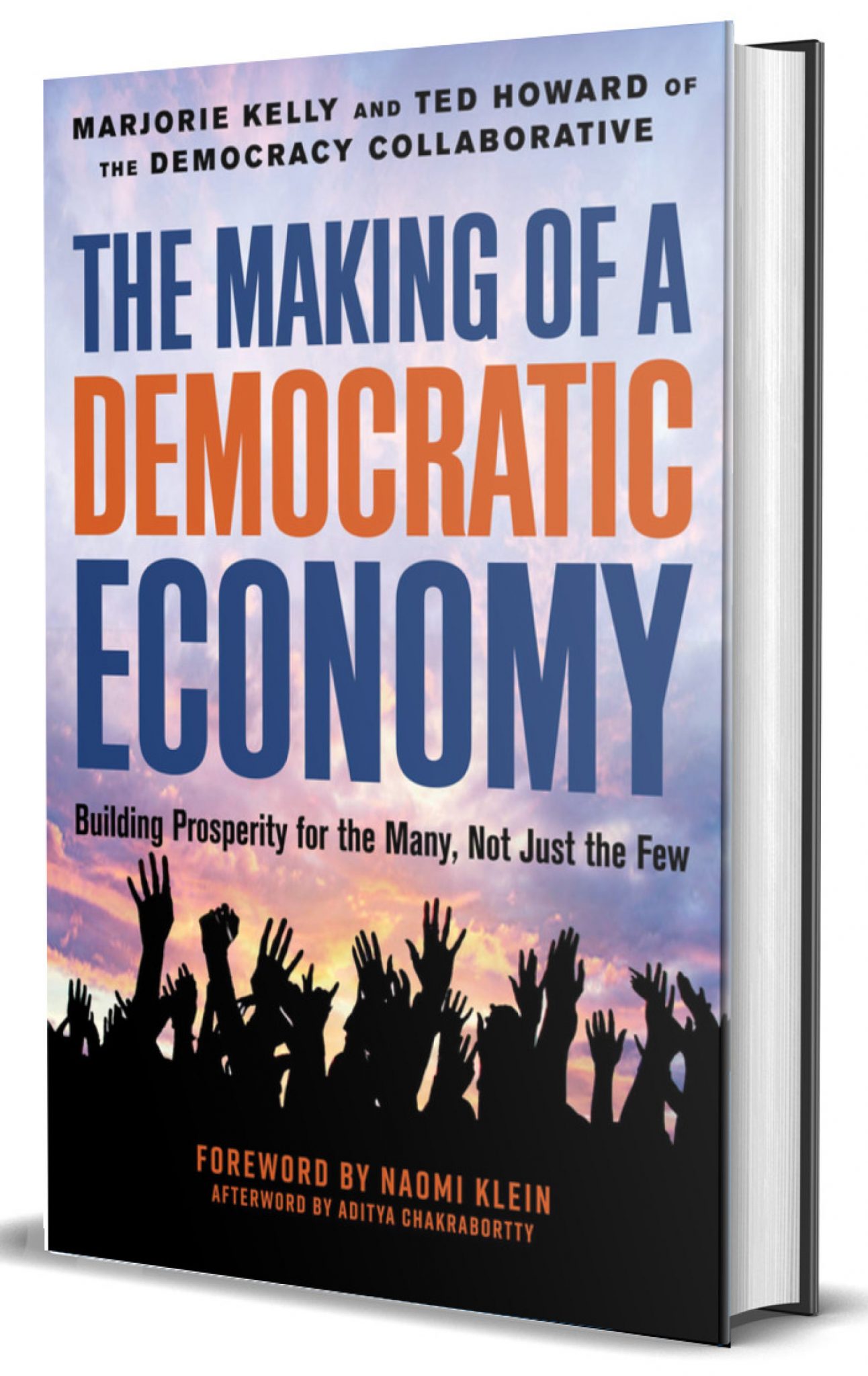 “We’re radicals with our feet on the ground,” write Marjorie Kelly, executive vice president, and Ted Howard, president and co-founder of the Democracy Collaborative, a non-profit acting as a research and development lab for the democratic economy.

Their latest book focuses on creating a democratic economy, which they describe as “one of the people, by the people, for the people”.

Leading with the premise that state socialism will not work but neither will corporate capitalism, the two argue that while society democratised government long ago, it never democratised the economy.

They identify capital bias, or favouritism towards finance and wealth-holders, as one of the issues with the current economic system. And they believe the emerging democratic economy is in stark contrast to today’s extractive economy: “There’s a role for everyone in nourishing this potential next system.”

In addition to research, the Democracy Collaborative has focused on community wealth-building projects in Cleveland, which had fallen from being one of the USA’s wealthiest cities to one of its poorest after deindustrialisation.

The book identifies seven principles of the democratic economy: community; inclusion; place; good work; democratic ownership; sustainability; and ethical finance. Its chapters then look at how these principles have been put into action.

Related: Can co-operatives save democracy from the populists?

The book traces the emergence of the democratic economy in different communities, with case studies about various actors, including a former drug dealer from Cleveland who got a second chance when he got a job at the Evergreen laundry, and an ecological scientist behind an employee-owned environmental consulting firm in Hunt Valley, Maryland.

Matthew Brown, Preston Council’s leader, also features in a chapter on how the town took inspiration from the Cleveland model to develop its own version of a democratic economy.

However, Kelly and Howard warn that what works in Preston may not be the same as in Cleveland and what resonates with one community may not resonate with another.

“There’s a role for everyone in nourishing this potential next system,” they add, explaining that the book is aimed at everyone concerned about the fate of the planet and civilisation, rather than targeting just political scientists and economists.

Ted Howard, architect of the Cleveland Model, on the journey to a new economy
Next
Subscribe to the newsletter