As general counsel to the Co-op Group, Mr Asher recognised the crisis at the Bank posed a threat to the wider retail movement

Alistair Asher, a former member of the Co-op Group executive and key figure in the rescue of the Co-operative Bank in 2013, has died after a short illness.

He joined the Group in May 2013 as general counsel. Prior to this, Alistair had been a senior partner at he law firm Allen & Overy for 34 years, where he was already part of the team working on plans to recapitalise the Co-operative Bank following its financial crisis.

Alistair recognised the seriousness of the situation at that time and knew the Bank’s troubles threatened to bring down the entire Co-op Group and damage the wider consumer co-op movement in the UK. He worked tirelessly to prevent that from happening.

Throughout the rescue phase, he was at the heart of the efforts to stabilise the Bank and protect the rest of the business. There were months of long days and hard meetings. Alistair brought energy, professionalism, good humour and decency to all he did during this time.

Through his work on saving the Bank, Alistair grew to admire and then champion the values the Co-op Group, stood for and the importance of saving the business for generations to come. And so he chose to take early retirement from A&O and join the Co-op full time.

As a member of the executive, Alistair helped to complete the financial ‘rescue’ of the Bank at the end of 2013 and then went on to take a leading role in the changes we made to our constitution and governance. As the Co-op began the ‘rebuild’ phase of its turnaround, Alistair once again brought his experience and intellect to the task.

I can say without hesitation that the Co-op would not be here today if it weren’t for Alistair Asher. He truly believed in the importance of the co-operative movement and became a passionate advocate for co-operation.

Along the way he made many friends who recognised his integrity and admired his good nature and hard work. I will miss him greatly and I’m sure many of my colleagues in the Co-op will too. 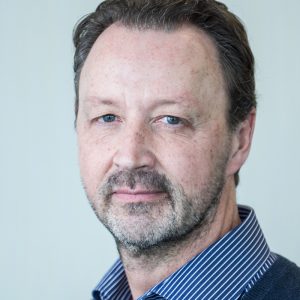 Steve Murrells is chief executive of the Co-op Group

Co-op Bank cuts first-half losses to £38.5m
Next
Subscribe to the newsletter