By Rebecca Harvey
A community event at the Glue Collective

In March 2018, a report from the Centre for Cities thinktank highlighted how UK cities in the north and the Midlands have, since the turn of the century, been transformed by a period of rapid regeneration. In that time, population and jobs growth has far exceeded that of London – as much as six times faster, in some cases.

When measured by a combination of jobs and population increase, Manchester saw the fastest city centre growth in England and Wales in the period 2002-2015, followed closely by Leeds, Birmingham and Liverpool. London came 20th.

“This urban renaissance has brought opportunities for people living across these cities and their surrounding areas, and it’s vital that it continues,” says Andrew Carter, chief executive of Centre for Cities. The focus and conclusion of the report at the time was on the need for cities “to take tough decisions on how to sustain the growth of their commercial centres, while also providing the homes their residents need”.

But another opportunity for the communities in these cities is a co-operative one. During the same period, UK sector body Co-operatives UK has noticed a significant rise in the number of co-ops starting up, developing and growing in communities in Manchester, Birmingham and Liverpool, which are pioneering a different way of doing business – one which puts members at their heart.

In our first edition of 2019, we are highlighting some of the co-operative organisations in these areas – and looking at some newer co-ops working to change ways of working in other sectors: and here is a selection of innovative new co-ops in Birmingham.

Stirchley is a district in the south west of Birmingham, recently described by the media as “the most up and coming area in the city”. It borders boho Kings Heath and genteel Bournville and, according to those who live there, has a “relaxed community vibe and blossoming independent scene”. Part of the success of this scene is down to the growth of independent co-ops serving different needs of the local community.

Birmingham Bike Foundry and the Birmingham Student Housing Co-operative are both in the area, while Loaf, Glue Collective, the Old Works, Artisan Essential and Children’s Quarter have sprung up nearby over the past decade.

Click here for a look at new co-ops in Liverpool and Manchester.

Loaf is a bakery and cookery school in Stirchley, founded in 2009 and organised as a workers’ co-operative. There are nine members of staff, six of whom are directors. The co-op aims to promote real food and healthy living in Birmingham, and build community through food. 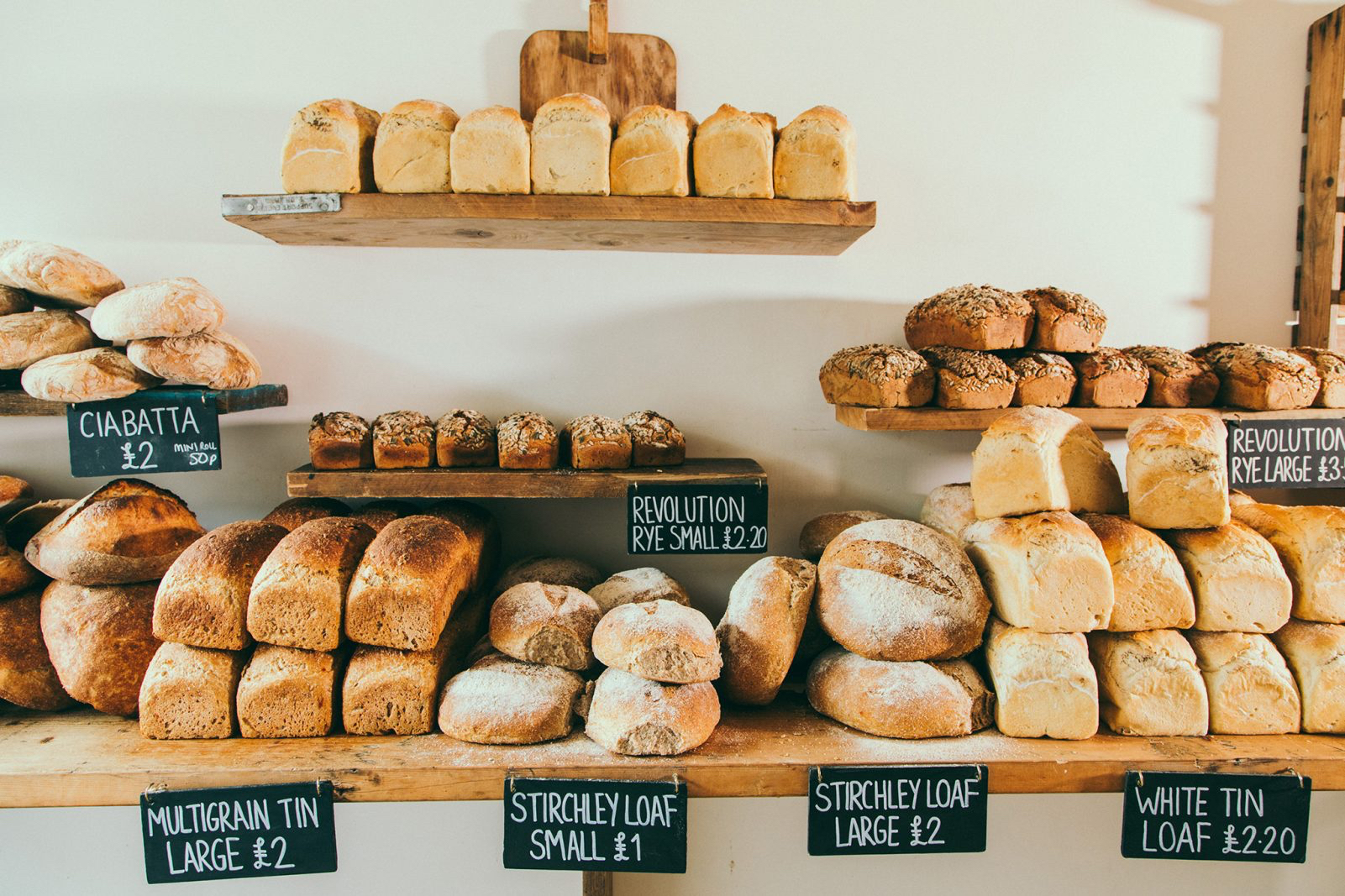 “This means bringing forgotten food skills and real food back to our kitchens through our cookery courses, community bakery and pop-up events, and helping to restore our local high street at the same time,” says the co-op. “Any profit made through these projects is directed towards furthering Loaf’s social objectives. Loaf believes everyone has the right to eat real food.” Any leftovers are distributed to local communities through the Real Junk Food Project, The Big Issue, and other charities in Birmingham.

The organisation’s Real Food Manifesto states that “Real food is food that has a small environmental impact, is authentic, slow, honest, traditional, healthy, simple, innovative, and artisan,” and sets out the co-op’s beliefs in the importance of community, connection, ethics and change.

Also based in Stirchley is Children’s Quarter. Founded in 2017, it’s a co-operative of groups which are committed to creating inclusive opportunities for children, young people and their families who are currently socially isolated because of factors such as disability and mental ill-health. “We want a society in which including everyone is seen as the starting point; not as an add-on project,” the organisation states.

It’s not just formal service providers that can join the co-op; any group that provides services to children and young people and are committed to social inclusion are welcome to join as full members of the co-op, while individuals who support its aims are able to join Children’s Quarter as supporters. Other organisations that support its aims can join as associates.

Up the road from Stirchley, towards the city centre, is Balsall Heath, one of Birmingham’s most deprived areas. It is here that you’ll find The Old Print Works – a building that is home to vibrant intercultural community engagement and sustainable arts practice. Tenants include a cafe, events spaces, a community garden as well as studio spaces for ceramicists, carpenters, cabinet makers, photographers, fashion designers and arts educators.

In 2016, the building’s tenants wanted to take over the building to cement the Old Print Works as a thriving hub for arts engagement, sustainable living, civic cohesion and job creation. They applied to Co-operatives UK’s co-op development project, the Hive, to get support to set up as a co-operative, including one-to-one advice on the best structure to pursue.

“Accessing support through the Hive marked a huge step forward for our newly forming co-operative,” said Tessa Burwood from Professional Incredibles, which runs Gaia’s Garden at the Old Print Works. “By collectivising through a democratic legal structure, we can streamline decision-making, really get to grips with improvements to the Old Print Works and develop our offer to the neighbourhood.

“It will help us to achieve a real sense of shared ownership and security for all those who occupy the space, creating one point of contact, and strength in numbers. It will also ready us to access revenue streams specifically geared towards co-operatives, which will help us to build on this resilient, agile and talented community.”

Outside of Stirchley, the Glue Collective is a group of makers, artists, community workers and horticulturists who officially became a co-operative in 2017.

“As a co-operative our objectives for GLUE are about bringing together a collective of people seeking to address current and emerging environmental, social, health and economic challenges in our local communities,” says the organisation.

For them, this involves the development of educational activities, the manufacture and sale of green products and creating opportunities for training, volunteering and employment. One of their current projects is the Glue Garden, formed when they took over a wasteland. Now a community garden, it is used to grow food and run workshops and events throughout the year. They are also working on redeveloping an ancient woodland just outside of Birmingham as a retreat and have set up an Allotment in a Box scheme helping people to grow fruit and vegetables all year round in small spaces.

To find out more about Glue Collective or contribute to their cause, visit gluecollective.co.uk