The highest revenue earner was Minnesota-based agri-co-op CHS Inc, which made $30.3bn

The top 100 revenue-earning co-ops in the USA for 2016 have been named in the latest annual survey from the National Cooperative Bank (NCB), which provides banking services to the sector.

The annual NCB Co-op 100® found that the top 100 co-op businesses posted approximately $208bn in revenue between them, prompting NCB president and chairman Charles Snyder to say: “The economic impact of cooperatives is critical to our economy.”

He added: “Co-operatives can be seen in just about every industry across America, including local food, finance, housing and energy. Whether it’s bringing fresh local food through a food co-op or affordable home ownership through a housing co-operative, cooperatives help strengthen communities.”

The report also highlights the many ways co-ops commit to their members, sustainability, education, impact, kindness and their community.

The top ten are:

The second highest hardware & lumber co-op, behind ACE, was Do-it-Best Corp, of Fort Wayne, Indiana, which made $3bn revenue and was placed 12th on the list.

Behind Navy Federal and second-largest finance co-op was CoBank, of Greenwood Village, Colorado, which $2.8bn and came in 14th on the list. 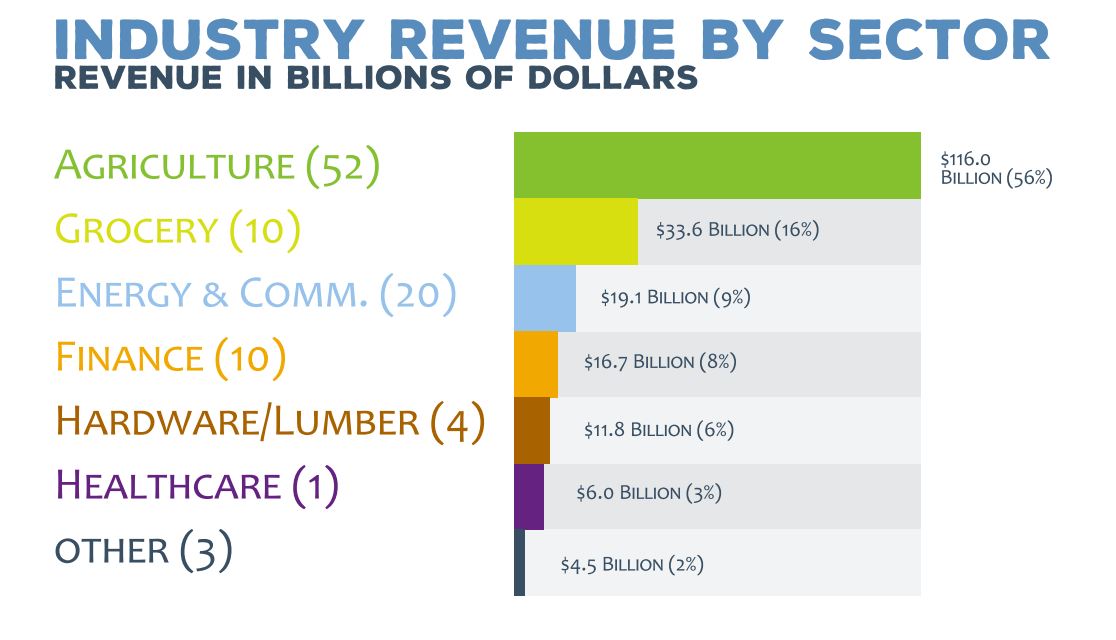 NCB said the US co-operative sector “continues to advance, playing an increasingly influential role in the national and global economy”.

Released annually in October during National Co-op Month, the NCB Co-op 100® is one way the Bank works to educate and promote the importance of this sector.

Related: Co-operative Impact Conference looks at benefits co-op bring to the US

NCB says its mission is providing critical finance for the growth and expansion of co-operative businesses, while deploying hundreds of millions of dollars to support underserved communities and cooperative expansion initiatives.

US co-operatives exist in a cross-section of sectors, including agriculture, grocery, hardware and lumber, finance, energy and communications, housing, and recreation among others. These co-ops provide over two million jobs and create more than $75bn in annual wages with revenue of nearly $650bn, says NCB.

Co-operative Impact conference: How to make the most of platform co-ops
Previous