An Englishman in Italy: Signor Roy and the early Italian co-operative movement

The story of Professor Roy MacGregor-Hastie (1928-1994), an English pioneer of the Italian co-operative movement, has been republished, offering an intriguing account of Italy’s movement from its inception. Signor Roy...

The story of Professor Roy MacGregor-Hastie (1928-1994), an English pioneer of the Italian co-operative movement, has been republished, offering an intriguing account of Italy’s movement from its inception. Signor Roy is an autobiographical account which follows the story of the journalist, author and academic as he moves from London to Odalengo Piccolo, in the depressed rural heartland of north-west Italy, to live with his Italian wife, Olga, and her parents. 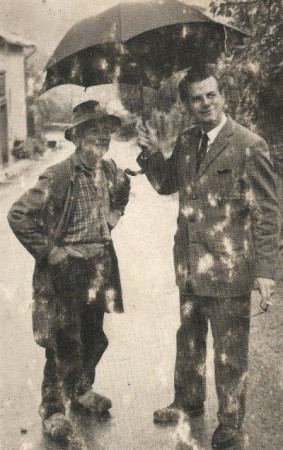 In 1959 there were over 8,500 agricultural co-operatives in Italy, but most were co-op in name only and did not operate according to the principles of the international movement. “Signor Roy”, as the locals called him, had a “co-operative vision” and wanted to convince people that change was necessary. He believed the lack of “working co-ops” was due to the fact that the Italian peasant “did not have a co-operative mentality”.

After becoming emotionally and politically involved with his neighbours, most of whom worked in agriculture, he formed the first agricultural producers’ co-operative in the area. He opened shops, tutorial libraries and even an agricultural technical college, and recalls how – by means of letters, lobbying, coaxing, bullying and writing newspaper articles – he succeeded in stimulating local and provincial authorities to build roads and clinics.

But Prof MacGregor-Hastie met resistance from both the authorities and peasants themselves. He was hauled before the courts three times and charged under Mussolini’s Press Law for “publishing articles likely to provoke public disorder”. Ultimately, having bought prosperity to ‘his’ peasants, he made his peace with the authorities, was blessed by a Bishop, and was given a European Citation by the Lane Bryant International Volunteer Award Committee.

“There is nothing startlingly new in the idea of co-operation,” he wrote. “Neither Lenin not the Pope invented it, so it is not (or ought not to be) politically loaded. There were co-operatives in the Middle East four thousand years ago, in an area civilised before Rome. And there is even a clause in the Italian Constitution which obliges any and every government to encourage co-operation.”

The original book was published in hardback in 1965 by the now-defunct Frederick Muller Ltd. The author’s sister, Sandra Saer, has republished an updated, corrected version of Signor Roy in paperback, which was officially launched on Saturday 13 August, at the Co-operative Group’s food store in Arundel, West Sussex.

Roy MacGregor-Hastie was born in Manchester, England, in 1928, and secured a place at Manchester University at the age of 16, graduating in economics in 1950. He spoke seven languages, and was a regular contributor to the Sunday Express and lectured in European history in England and in Italy. At Kingston upon Hull College of Education (later re-named Hull College of Education, and finally subsumed into the University of Lincoln), he was a contemporary of Hull librarian and poet laureate Philip Larkin. His final appointment was at Osaka Gakuin University, in Japan. On his death, in 1994, Manchester University flew its flag at half-mast.