After nearly a decade of trading in Manchester, the Edinburgh Bicycle Cooperative store in Rusholme has announced its closure. The associated cycle hub repair in the town centre has...

By Rebecca Harvey
The Edinburgh Bicycle Cooperative store in Rusholme, Manchester, has closed

After nearly a decade of trading in Manchester, the Edinburgh Bicycle Cooperative store in Rusholme has announced its closure.

The associated cycle hub repair in the town centre has also shut with immediate effect. This follows the closure of its Sheffield store in March, leaving five remaining outlets in Aberdeen, Leeds and Newcastle, with two in Edinburgh and an online store.

“We’ve loved serving the cycling community in Manchester for the past nine years, and it’s with a heavy heart that we’re having to close,” said Jeremy Miles, managing director.

“We’re passionate about bikes, our co-op members, and our customers, and we look forward to continuing to provide a quality, ethical service in our remaining stores and online.”

The organisation confirmed that many staff were offered alternative employment, although a few are leaving the co-op, 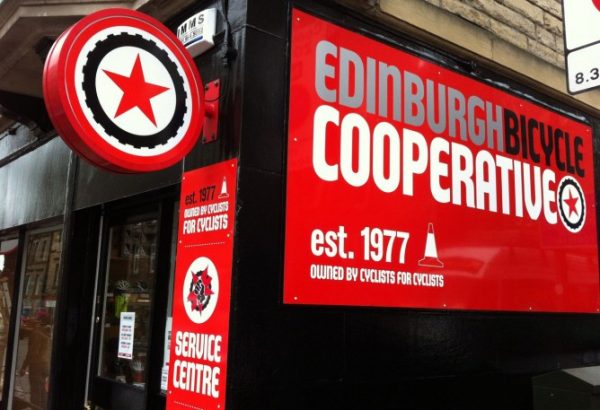 The Rusholme store had come to the end of its lease, and in the context of current market conditions, “we did not feel it was wise to continue in what has been a difficult location,” said Mr Miles, adding that the constraints of Brexit trading were also likely to decrease the organisation’s profit.

The co-op was founded in 1977, when three bike enthusiasts in Edinburgh came together to form their own bike shop – making it Scotland’s oldest workers co-operative. It grew to over 150 workers across the UK, who are invited to become a member of the co-op after working there for a year, and produces its own line of Revolution Bikes and accessories.

“As a worker’s co-operative, the organisation relies on the income generated by our customers in order to employ skilled, experienced staff and to treat them well,” said Mr Miles. He expressed hopes for opportunities to re-launch expansion plans as the market consolidates in the future.