By Jon O’Connor, CSNet and LASER director What connects a big yellow school bus, tailored apps for refugees and a big shed in Folkestone? An innovative project, prompted by...

By Jon O'Connor
The team behind the project to turn buses into mobile schools visited the refugee camp to plan action. (Photograph: The School Bus Project)

What connects a big yellow school bus, tailored apps for refugees and a big shed in Folkestone? An innovative project, prompted by social media, to provide a pop-up co-op school for those stranded in the Calais refugee camp.

It’s an idea which expresses the values and principles of a powerful, growing movement in state schools. The quiet revolution in education has been the astonishing growth in the number of co-operative schools from a single pioneer school (Reddish Vale) in 2007 to around 850 today.

Co-operative schools reflect the universal principles of the global co-operative movement, and its values of self-help, self-responsibility, democracy, equality, equity and solidarity.

The family of co-operative schools in this country currently includes around 50 co-operative model academies and around 800 schools in co-operative foundation trusts. Worldwide there are thousands more. They share a commitment to local accountability and to achieving the highest possible standards and best learning outcomes for their pupils by working with their communities and with each other.

The Calais pop-up school is a powerful symbol of both the re-birth of co-operative education and the use of new technology. The big yellow school bus being used as the teaching space is being funded through crowdfunding on Indiegogo – and social media is spreading the word of this project in a way that would not have been possible ten years ago. Indeed the initial stimulus can be traced to the growing use of campaign platforms such as change.org and the international Avaaz movement.

For the delivery of lessons, an online resource is being set up and a new generation of learning apps, provided through Anspear Apps, will be used to help those in the camp acquire language skills.

The digital solution also involves hardware – the Phone Coop, which promotes ‘ethical networking’, is helping the project team to source affordable smartphone handsets. The LASER network of co-operative educators will be helping to shape the ethos of the school, staffed by a team of teaching volunteers, mainly from the South Coast area, with a learning platform for training and development.

This project coincides with the launch of the new CSNetwork which sets out an education agenda fit for 2015 – a virtual family of schools, using intelligence, shared data, chatrooms and online resources to help a group with like-minded leadership address the big issue in education – which involves change management rather than forced management change.

In the London and South East region, the development of LASER from its inception in 2012-13 has seen high-profile co-operative school leaders, like Vic Goddard and Stephen Drew (of Educating Essex fame) alongside many other headteachers, governors and school communities debating how to respond positively – and with principle – to the rapidly changing agenda for education.

The CSNet initiative and the use of analysis, social media and communications is part of a wider commitment to ensuring that this movement of local learning communities fulfils the huge potential for co-operation in the education service. In an age of austerity, budget cuts and the generally negative rhetoric that surrounds schools, co-operation breeds optimism by working on potential. The network will use online forums for debate, online analysis to identify the agenda and direct networking between education providers to identify school-to-school solutions.

Helena Mills, who leads the high-performing Burnt Mill Co-operative Academy Trust in Harlow – is crystal clear: the group of schools she and her team manage are achieving great results by using academy freedoms combined with co-operative principles and a focus on “can do” management, rather than simply the academy legal structure. Her school is data rich; IT savvy and highly creative.

It’s very much this power of creative partnership and intensive use of online collaboration that is seen as the way to develop co-operative education as a radical solution for some of the major issues facing the education sector between now and 2020. Productive partnerships linking the LASER network with Roehampton University and Canterbury Christchurch University are exploring how to address the national issues of teacher supply and quality, leadership development and curriculum change. 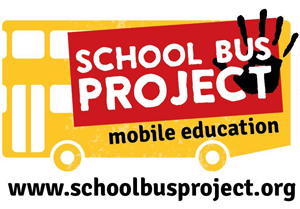 The overall aim is to support strong school performance, based on a shared set of co-operative values. The model is distinctive in its belief that every local school should be an excellent school for its local community. Co-operative schools will tend to work constructively together rather than revelling in local rivalry to become the “best school in town”, and are highly ambitious rather than competitive.

If anything was designed to show how technology, social media and values driven education can combine in 2015, the Calais pop-up school speaks volumes about the potential of the new approach. It will be an object lesson in the application of co-operatives and the co-option of new applications.

At a time of financial constraints and with increasing pressure from central government on schools to deliver more with less, the co-operative model is one which offers an intelligent way forward for the public sector education service. 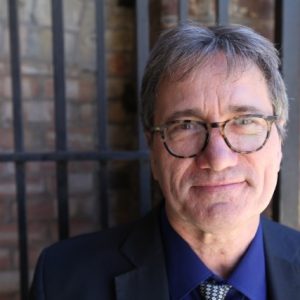 Jon O'Connor is the director of CSNet and LASER, the London/South East regional network for co-op schools