The magic of co-op ownership

Ed Mayo, secretary general of Co-operatives UK, visits Bristol to see what makes the experience of owning a co-operative enterprise so special. I remember when I first became...

Ed Mayo, secretary general of Co-operatives UK, visits Bristol to see what makes the experience of owning a co-operative enterprise so special.

I remember when I first became an owner. It was as a young adult joining The Co-operative and I couldn’t have been happier with my dividend, modest though it was, then and again now.

The co-operative model is all about ownership – sharing control, sharing responsibility and sharing in success. Being a member is good, but not all memberships make an owner – that is special.

I enjoyed an uplifting reminder of the power of ownership when visiting community co-operatives in Bristol, courtesy of the Bristol Co-operative Development Agency. Borrowing a bicycle, on a beautiful autumn day, I set out to explore how co-operatives were making a difference in the city.

First up was the passion and crockery of the People’s Republic of Stokes Croft – selling mugs on one end of the street and planning a land trust and community share issue on the other. There is no ‘clone town’ in this part of Bristol and if those involved have their way, the neighbourhood can stay artistic and edgy and inclusive because the community will own the heart of it.

Located inside is the Bristol Cable, one of growing number of media co-operatives. Owned by its 450 members, it has the freedom to do investigative journalism that investor-ownership of the media has crowded out.

Next up was Sparks Inc, the first childcare co-operative in Bristol. The co-op runs three clubs –breakfast, after-school and a holiday club out of term time. It is a worker co-operative, owned by the members, so every penny in the business and every child in their hands is their responsibility and theirs alone.

Then came The Cube Multiplex, a collective of member volunteers running the most magical cinema in the country, marrying heritage with art and experiment.

What difference did it make to them now that, after 17 years, they own the site outright? “It allows us to take it into the future as we are in control,” Kate, one of the earliest members, tells me.

The same arts theme unites Centre Space, a shared workspace and gallery in the city centre that is run as a consortium co-op by artists and craftsmen, such as the Letterpress Collective, which reconditions and puts to use traditional printing equipment.

On the water in Bristol, community ownership is marked by replicas of Gromit and Shaun the Sheep. They are the celebrity creations of local firm Aardman Animations, and both have spent time on the boats of Bristol Community Ferry.

These are co-operatives that exemplify the hard work, the risks and the ambition of community ownership. It is not easy and there is no comfort zone to fall back on.

There is individual leadership and teamwork, in a dynamic but sometimes stretched pattern of relationships. Their progress is a tribute, too, to the support they have had from their co-operative business advisers. At a national level, we have been looking at trends in business ownership. While co-operatives have proved to be a wonderful way of dispersing ownership, for other business, things are going the other way.

Business is more narrowly owned today than a generation ago. There are key trends presented in infographics by Co-operative News (presented at the bottom of the page).

The origin of the word ‘own’, says George Goyder in his 1980s book The Just Enterprise, dates back to mediaeval times when the word used was ‘owe’. What you owned, you were also a steward of on behalf of others.

Ownership is one of the great strengths of the co-operative model. In a co-operative, we are all owners, all participants in a joint endeavour and our success is down to our own, and our shared, efforts. 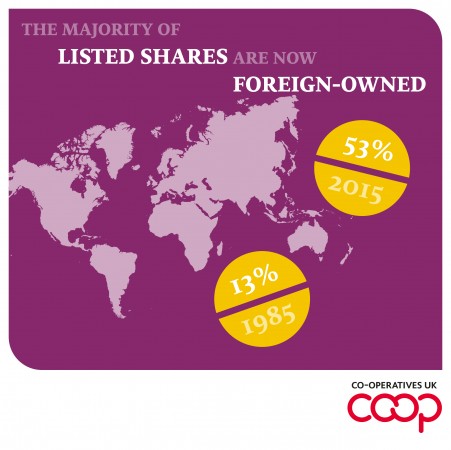 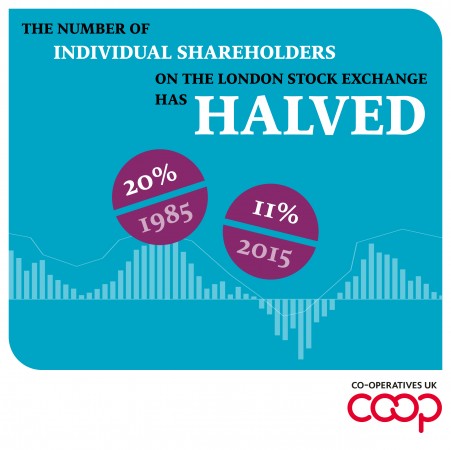 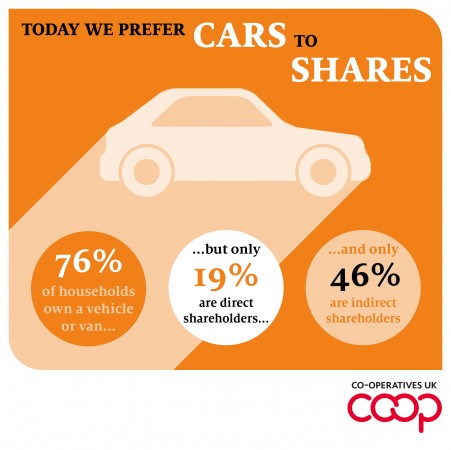 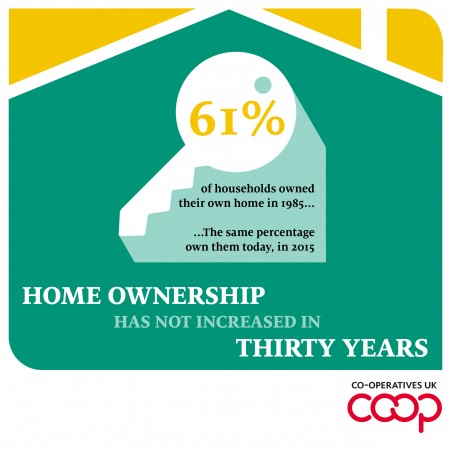 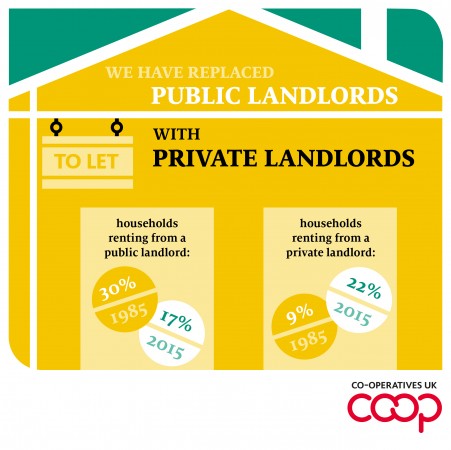 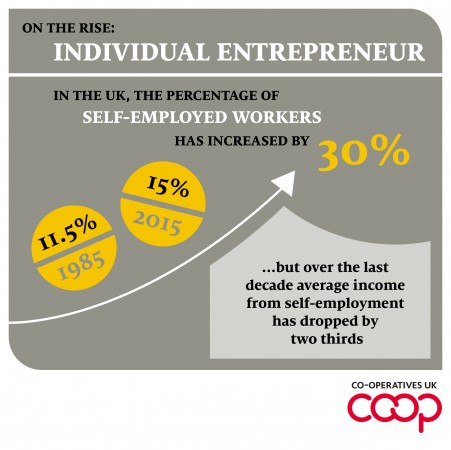 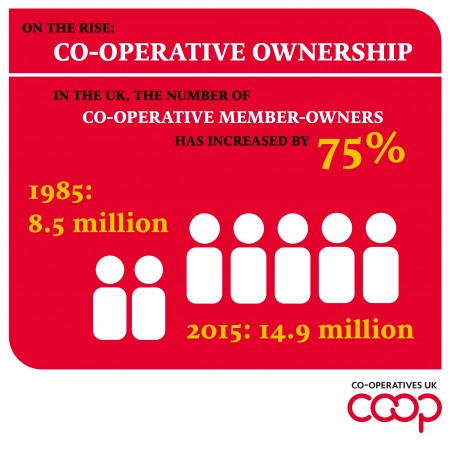 Editorial: Why have so few co-ops declared that they pay the Living Wage?
Previous

The 5th Principle Toolkit
Next
Subscribe to the newsletter