Coop Estonia  Last year was a record-breaking one for Coop Estonia as the retailer saw its earnings reach €464m. With a net turnover of €12.3m, the co-operative has...

Last year was a record-breaking one for Coop Estonia as the retailer saw its earnings reach €464m. With a net turnover of €12.3m, the co-operative has become the country’s most successful retailer. This represents an increase of 5.9%, the biggest growth on the market.

Coop Estonia includes 19 consumer co-operatives with 83,000 customer-owners. It employs over 4,500 people across its 350 stores. Jaanus Vihand, chair of the board, thinks the success achieved was due to combination of consistent work, favourable prices, promotions, effective logistics and marketing, and the development of new stores.

Coop Estonia has a long history, with the first stores opened in 1917. Its loyalty scheme is the oldest in the country and attracts over half a million members – 38% of Estonia’s population. The retailer opened seven new stores in 2014. Co-op Estonia accounts for 20% of the market.

Spanish retailer Eroski is run as a worker-consumer hybrid co-operative with the Mondragón Corporation Group. It includes large supermarkets as well as smaller Eroski centres, petrol stations, travel agencies and fragrance stores. In 2013, Eroski recorded sales of €6,989m, with supermarkets accounting for 60% of sales. The retailer has over one million customers per day, 635,636 consumer members, and employs 36,432 people. Around 50% of its products come from local producers. Another important commitment for Eroski is reducing waste and promoting healthy food.

Throughout 2014, Eroski donated 2,105 tones of food to people in need as part of its Zero Waste programme. Last year Eroski worked with 48 socially responsible organisations from 17 autonomous communities across Spain to tackle food waste in its shops. The retailer has also used online platforms to inform consumers about tips and recipes that could help them reduce food waste. Its outstanding efforts have brought Eroski a prestigious award from the Spanish Food Banks Federation, and the retailer also received the Golden Wheat-Ear for distributing food to people in need. 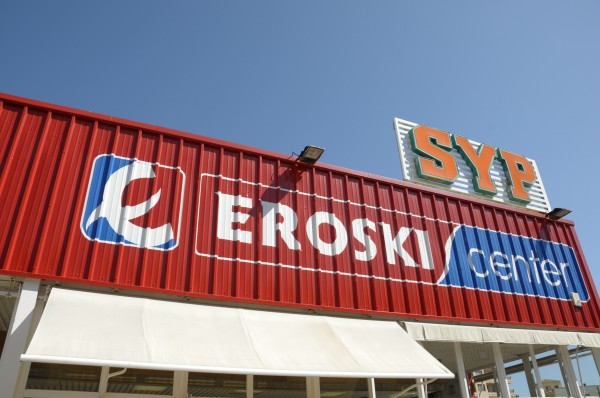 The co-op has also increased its share of organic food sales from 5.5% to 7.7.%, up 40% since last year. Louise König, sustainability manager at Coop Sweden, says the results are due to Coop’s history and its values, along with the strategy to make environmentally friendly food more accessible. One of its most popular campaigns has been Eco Weekly, in which Coop offered a weekly changing selection of ecological products on sale.

The retailer aims to offer better value for money and will continue to widen its range of ecological and organic products. One such initiative has been the introduction of ASC-labels on Coop’s own branded salmon, making it the first on the Swedish market to have ASC-labelled fish in its own brands.

With the acquisition of ICA Norway last month, Coop Norway has increased its market share to 33%. The retailer operates more than 800 stores across the country and is likely to increase the number of shops to 900 with the purchase of one of its main competitors. Coop Norway is the country’s second largest retailer.

“We are owned by more than 1.4 million members who are also our best customers. Now we are shaping the ‘new’ Coop and we look forward to reaching out to even more customers and increasing our membership across the country,” said chief executive Geir Inge Stokke.

Coop Norway announced a turnover of 34.3bn kroner (€4.6bn), an increase of 4% from last year. In February the retailer paid out a dividend of 677m kroner (€90m) to its members. Founded in 1906, Coop Norway is also the nation’s largest organisation for consumers. The co-op has over 4,000 members elected as representatives at various levels within the group.