The Co-op Group has a long history of funding the Co-op Party and, through it, the Labour Party. But as Britain approaches an election in which alternative progressive...

By Marie-Claire Kidd
Shadow Chancellor Ed Balls is one of the Party’s leading figures – but Alistair Thomson says few people realise he is even a member (Image: Co-op Party)

The Co-op Group has a long history of funding the Co-op Party and, through it, the Labour Party. But as Britain approaches an election in which alternative progressive parties including the Greens and the Scottish Nationalists are expected to do well, Co-op members are asking whether it is time for the Group to offer its support to other parties.

A lot of members still support the link between the Group, the Co-op Party and Labour. But many others are opposed to it, especially those who are members of other progressive political parties.

According to the Real Co-op campaign, no single party has a monopoly on the co-operative values of democracy, equality, equity and solidarity. It says the Group should support political parties that share its values – and no party should be able to take its financial support for granted, with every party  challenged to ensure they support co-operative values.

The Group pays its Co-op Party subscription, along with significant donations. In 2013, despite £2.5bn losses, the Group gave more than £750,000 to the Party. The Real Co-op says this adds up over the years to millions of pounds – with a lot of that money passed on to the Labour Party. The Co-op Party works in an exclusive partnership with the Labour Party: its members are barred from joining any other political party except Labour.

Real Co-op says few people understand the link between the Group, the Co-op Party and Labour. YouGov found that one in five of the general public were aware that the Group donates money to the Co-op Party. Just 36% of Group members were aware of the link. Some 59% of members stated that this funding was inappropriate.

Motion 10 is from members and asks the Group to approve political expenditures that support co-operative objectives, to a maximum of £1m per annum. It says: “This expenditure includes the membership subscription to the Co-op Party which has worked, since it was formed by more than 100 co-operatives in 1917, to ensure that co-operators are represented in our democracy at every level, by promoting co-operation in social and political debates as well as in policy and legislation.”

Real Co-op put forward another motion, which called on the Group’s members’ council to forward proposals that would maintain a fund for political activities. But this failed to make the agenda because of a technicality and confusion over new rules, which require motions to be supported by at least 100 ‘wet ink’ signatures.

Alastair Thomson, is one of the Co-op Group members behind the Real Co-op campaign.

“We’re more than an agglomeration of retail operations that need to operate efficiently. Active membership and the application of our values and principles, and hence a political stance, are central to what we are.

“But the board is being disingenuous by framing Motion 9 in terms of support for ‘political parties’, rather than the wider issue of political campaigning. Equally, the self-serving Motion 10 from the Co-op Party – ‘keep funding us because you always have’ – is very far from making a positive case.

“I don’t believe that supporting the Co-op/Labour Party is a good use of member funds. The Co-op Party’s Keep it Co-op campaign claims unique ownership over a lot of actions that have been made possible by the activities of co-operators who are members of many parties, and none. I also doubt that many people realise that Ed Balls, one of our beneficiaries, is a member of the Co-op Party.

“There are different ways of doing things – a good example in the legislative sphere is the Scottish Parliament’s cross-party group on co-ops that brings together MSPs from the Labour, Scottish National, Liberal Democrat, and Conservative parties, with support from Co-operatives UK, to promote co-operative interests. The City of Edinburgh Council, which is a co-operative council, is run by a Labour/SNP coalition.

The view from Keep it Co-op: Kathryn Rose 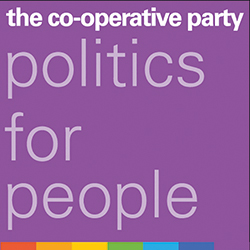 “This is not about the money. The Group’s subscription to the Party – £625,000 last year – is less than half of reported costs of Have Your Say.

“The issue here is ideological and strategic: Should the Group continue to be a part of what the Co-op Party does for the movement?

“I didn’t join any political party until my mid-20s but, after trying to change the world without one, I wasn’t getting far. Campaigning outside Esso dressed as a tiger, joining the milk-swap campaign to raise awareness of hidden GM foods – both campaigns only inconvenienced those on the shop floor. So I found something that actually works. Party politics can make people’s lives better and for that I‘ll tolerate all the soundbites and stage management necessary.

“The relationship between the Co-op Party and the Labour Party is an issue on which there are differing views. But it works. It has delivered a significant list of achievements (not least every piece of co-op legislation consolidated into the Co-operative Consolidation Act). Of course, there are co-operators in other parties. But history shows the movement needs Co-operative Party MPs to keep up the fight in Parliament.

“Is the Group’s money just being passed to Labour? No! Over 90% of Co-op Party income stays with them. I have seen it spent on policy debates, events, literature, campaigning, and providing the Party staff to support volunteers like me.

“There is much common ground between the Real Co-op and Keep it Co-op campaigns. A yes vote for motions 9 and 10 will give the movement the chance to come together to agree a way forward.”