Co-operatives come in many shapes and sizes, cover a wide range of activities and sectors, and function in a multiplicity of different ways. And just as there is...

Co-operatives come in many shapes and sizes, cover a wide range of activities and sectors, and function in a multiplicity of different ways. And just as there is no one specific type of co-op, so there is no one specific type of sports club. Manchester United is as different from, say, Congleton Town FC (30 miles down the road), as John Lewis is from my local corner shop. But all sports clubs, whether in football, rugby league, ice hockey, basketball or any other spectator sport, have one thing in common.

It is a bit of a truism to say that supporters are the lifeblood of a sport, but truisms are true too!

One of the most severe punishments the football authorities can hand out is to require a match to be played behind closed doors. All sports need supporters.

But also, supporters need sports. Sport exists because people want to watch as well as play, and because it offers an unparalleled way of connecting those people together. The connection is made because they have a shared joy in watching a game together; but also because of the sense of community and place that supporting a club provides – just look at the outrage that is created when a club tries to move from one town to another.

This sense of place, this thread of connection, is what makes spectator sports so special. People’s lives are intimately bound up with their club; their leisure time and social lives are often dependent on their club; it can be the focus of their lives, second only to family, and sometimes even before that.

A friend of mine, a very busy man with a very high profile and well-paid job – and a season ticket at Gillingham – told me recently that he spends far more time with his fellow season ticket holders than he does with his best friends.

In modern football we have an example of where it can all go wrong. The players no longer all belong to the community, at least not above a certain level. As it progresses up the pyramid, a club starts quite soon, for sound financial reasons, to want to treat its supporters as customers and extract maximum financial value from them rather than serve them with the best  experience. When you disconnect from your supporter base – your community – you are in trouble.

Supporters Direct was set up in 2000 to offer a new approach to sports club ownership, one that offers supporters a direct and legal connection to their clubs rather than just the emotional thread.

Since then, we have catalysed and empowered our members’ supporters’ trusts, helping them to purchase 40 clubs, with more in the pipeline.

Some of these, such as football clubs Portsmouth, Exeter City and AFC Wimbledon, are big fish; others, such as Congleton Town, are tiny. And these clubs are all set up on co-operative principles, with democracy and mutual ownership at their heart.

But there are numerous barriers to progressing this agenda. The tax, insolvency and legal frameworks in which these trusts operate is often (unintentionally) burdensome and time-consuming.

The pressures and resources provided by private owners can often take a club away from supporters’ hands before they have a chance to act – and, as ever, money can talk very loudly.

SD is delighted that for the last few months we have been participating in an expert working group on supporter ownership and engagement, a government-backed initiative to help remove barriers and create incentives for supporter ownership. It is fantastic that this group has been set up – and we are very keen to see it continue beyond the election. It indicates that the time is right for supporter ownership in many levels of football and other sports.

And that is why we have created our very own Supporter Ownership Week, to celebrate the co-operative sector that is supporter ownership So what is it all about?

The money raised by Supporters Direct over Supporter Ownership Week will be used to:

Speak to more supporters trusts and groups to develop opportunities

Supporter-owned clubs to opinion leaders across sport and beyond 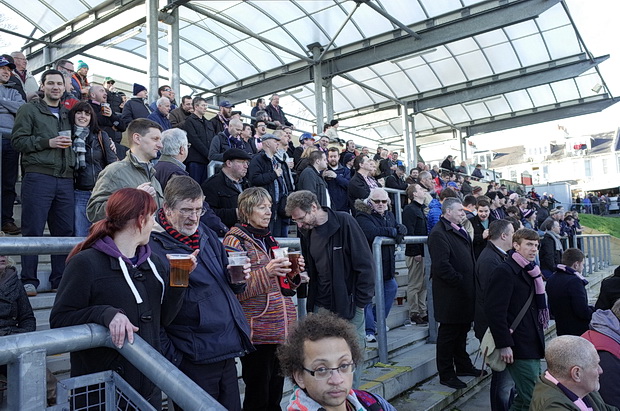 Lewes FC is rapidly becoming one of the most innovative examples of supporter ownership. The club resides in a region with a strong history of radicalism stretching back to the 16th century – and was always likely to be equally radical in how it does its business. It has become famous for its transparent approach, beach huts to hire and expansive community projects that focus on the good of the whole town.

Hunslet Hawks Rugby League took the path to supporter ownership in 2011, after previous owners had run it a loss. SD supported it in rebuilding relationships, getting involved in meetings with the local council and helping them to understand the supporter ownership model and the social value the club could bring to the area. The club has now achieved promotion to the Championship and turned loss into profit. 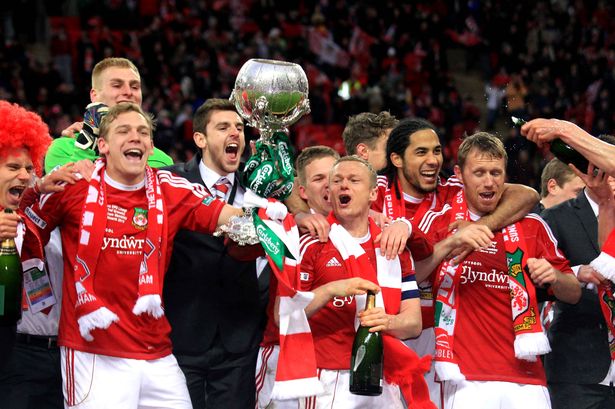 In November 2011, supporters took ownership of Wrexham FC, having come through many false dawns. And, instead of standing back to admire their work, they quickly embarked on a series of changes to safeguard the club and re-energise the community around it. A major part of SD’s help was co-ordinating a share scheme which to date has raised over £120,000, giving the club a vital fund for future developments.

The board of Dorchester Town FC, in the Southern League Premier Division, only voted to convert to become a supporter-owned club in December 2014. With the help of Supporters Direct they are in the final stages of gaining approval. They have grand plans to expand the facilities at the Avenue Stadium and engage the 300+ juniors who turn out in Dorchester colours each week.

Monday 13 April: The Pompey Story
Learn about Portsmouth’s journey to supporter ownership when some of the figures meet at the Doggett’s Coat and Badge pub, Blackfriars Bridge, London

13, 16 and 17 April: Online Q&As
Want to know more about what running a football club is really like? What makes a supporter-owned club so different? How does youth development actually work? Online Q&As at www.supporters-direct.org.

Robin is chief executive of Supporters Direct, and has has a keen interest in and knowledge of sports, especially football, rugby, and cricket. He was previously chief executive of Making Music, the National Federation of Music Societies, the leading advocacy and support group for grassroots music organisations.

Ikea launches range made by worker co-operatives
Next