Running your own paper – it’s a dream for a lot of journalists. No more working to boost a big media corporation’s bottom line: no more bullying editors,...

Running your own paper – it’s a dream for a lot of journalists. No more working to boost a big media corporation’s bottom line: no more bullying editors, no more writing guff to please the advertisers. Quit the job – perhaps your kindly bosses will do it for you and sack you – and set up a co-op with your colleagues.

Dozens of journalists are doing this, perhaps hundreds, as media corporations shed staff hand over fist to maintain their profits in a shrinking market. Most are setting up websites rather than print publications, and are doing nicely, providing a service for their communities.

This is a case where small is really beautiful if it works. But big and difficult does not work so well. I’m a journalist who has worked in two co-ops and researched and written about a lot more, and the bigger they are, the worse they are.

The first problem is funding. You want decent salaries and you must stick to the principle that you don’t put your own money in – not your savings, your redundancy money if you have some, and certainly not a loan you raise by mortgaging your house – unless you or your family don’t mind losing it.

For income you will need advertising; nothing wrong with that. All commercial media carries it, and the more you have, the more popular and credible your publication will look to readers and other advertisers.

The great Harold Evans tells a story of how advertising was affected by the famous campaign the Sunday Times conducted when he was editor to win compensation for the effects of the drug thalidomide.

The ad manager told him that the drug’s manufacturer, Distillers Company, spent tens of thousands (a lot in money in the 1960s) on advertising its spirits, which the paper risked losing.

To the editor’s surprise, the manager urged him to press on with the campaign. You will make up what you lose, he said, from the increased sales, credibility and advertising resulting from the high-profile campaign. You must produce a paper that readers trust.

This is a lesson the owners of the Daily Telegraph might learn as they count the losses from falling sales since columnist Peter Oborne revealed in February how its editors suppressed news so as not to upset the advertisers.

It might help you, too, if advertisers try to throw their weight around – though few really do. If you’re selling, they’re happy.

But you’ve got to be prepared for the market you’re going into. You might be competing with ruthless cost-cutting companies prepared to resort to dirty tricks. A recent attempt to launch a weekly in Birmingham, here the Trinity Mirror group is steadily running the big daily and weekly papers into the ground, collapsed within weeks in the face of this kind of competition.

Trinity Mirror suddenly discovered an enthusiasm for its moribund Birmingham Post and handed out free copies. It offered estate agents a fantastic package to advertise in all it its titles for peanuts.

The upstart Birmingham Press lost all its housing ads and went under, paying creditors just 2p in the pound. It wasn’t a co-op but what if it had been? Investors would have lost everything.

This also happened at the big co-op I worked for, the ill-fated Scottish Daily News, launched by the workforce after a year of fundraising by the redundant staff from the ashes of the defunct Scottish Daily Express in 1975. It was downhill all the way and the venture collapsed after six months.

The paper got into a spiral of decline. The quality was erratic from the start, and when sales began to fall the co-op panicked and took it further and further downmarket, shedding yet more sales and advertising.

The same thing happened 12 years later with the News on Sunday, the Manchester-based radical Sunday paper majority-owned by the staff. It too slid into ignominious collapse under incompetent, panicking journalism and management.

The vital thing with co-operative media is to keep the functions apart. They can come under terrible pressure and the journalists should not have to carry the burden of losing money, which can lead to them cutting corners and making commercial compromises.

You need strong and committed people doing advertising, sales and admin, who keep out of editorial decision-making. Journalists do not sell ads or negotiate with suppliers. Managers do not run the paper.

The other co-op I worked with did fulfil the dream. It was a national left-wing fortnightly called The Leveller that ran for seven years to much acclaim. It was also a voluntary activity, conducted by a changing collective of committed people who rotated jobs in a spirit of great camaraderie.

That was small and beautiful. But if you’re going to succeed commercially you’re likely to have to be flexible with ideal co-operative principles.

• Read a response … Media co-ops: Taking a risk for independence 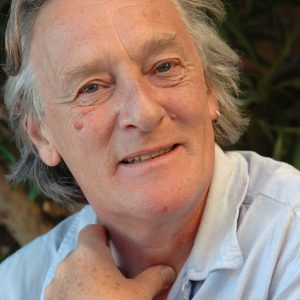 Tim Gopsill edited The Journalist, the National Union of Journalists' membership magazine, for 21 years. He is now editor of Free Press, the magazine of the Campaign for Broadcasting Freedom.

Election results: Find out which co-operators are in parliament
Previous

FAQ: How to take part in this weekend's Co-operative Group annual meeting
Next
Subscribe to the newsletter