Individuals and communities across the UK are running co-op-friendly projects that could serve as an inspiration for the movement. This year’s Future Co-operatives conference aimed to showcase some...

Individuals and communities across the UK are running co-op-friendly projects that could serve as an inspiration for the movement. This year’s Future Co-operatives conference aimed to showcase some of these innovative projects and the people who led them. Themed around “Can do co-ops”, it brought together co-operators from different sectors to discuss how the movement can help transform local communities …

Services with a smile

The conference heard how organisations in Gloucester joined forces in a co-op, and created a new model of motorway services to help local rural businesses.

Mark Gale, chief executive of Gloucester Gateway Trust, said the project was born in 2002 after an outbreak of Q fever, a livestock disease which can also affect humans, hit tourism. The group realised the area was failing to capitalise on traffic carried through it by the M5. Their solution was to create Gloucester Services, a landscaped site offering quality meals and a large local farm shop. 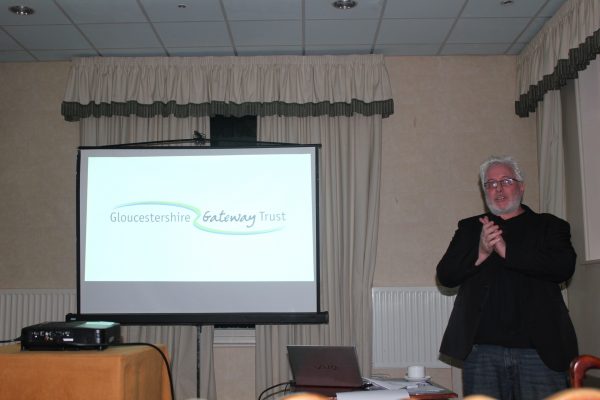 “We wanted something to support rural communities that had really suffered,” said Mr Gale.

With help from Co-op Futures, the group convinced the government the area needed a motorway services.

In 2007, the co-op set up a Gloucestershire Gateway Trust and secured charitable status in 2011. The trust quickly obtained planning approval, but was held back for 18 months by competitors who challenged the application.

Roadchef, Moto and Welcome Break, which accounted for 95% of motorway services in the UK, could have outspent them in the battle – but the group found a partner in Westmorland Ltd, a family-run motorway services operator.

“People stuck with us in difficult times because we were about change in community,” said Mr Gale.

The trust doesn’t own the site and reinvests its revenue share locally rather than paying dividends.

“To deliver it was fantastic,” said Mr Gale. “We work with 130 local suppliers and we are proud of that. It makes a real difference to them.”

The project has created 300 local jobs, with a third of staff previously unemployed or not working for a long period of time. Staff also get the chance to gain qualifications.

The site, on the northbound side, has been a success and the trust opens a southbound services this summer. “We’re not scared of scale. We can do it now. It’s a replicable model,” said Mr Gale.

In Oxford, a community of creative upcyclers and conscious growers have created Think Tiny, which focuses on a variety of areas, from health and housing to food and education.

Joe Jennings and Geraint Matthews talked about their experience building a tiny up-cycled house, which prompted them to share their idea with others and Think Tiny was born.

They believe the structure could be used in schools or for helping people with skills and no work. Members are now in discussion with their local council to use some of the park spaces available to start up a local nursery projects and upscale.

“We started with a tiny idea and thought about how to grow it,” said Nicholas O’Brian, one of the organisers of Tandem Festival, a music and arts event held in Oxford. It highlights projects on sustainability and the environment, with workshops and talks, vegan and gluten-free food and upscaled tent furniture.

“The idea was to use music and the arts to bring people to these issues,” said Mr O’Brian. “People interested in environmental issues also discovered new music.”

The event featured more than 113 musicians and artists, two European production companies, and 40 workshops and talks. Organisers are planning to repeat its success this year, with the festival running run from 19-21 June. The team is fundraising and looking for sponsorships and partners.

In his book about the feat, Life Cycles, he says he followed a dream without making compromises, with his refusal to take sponsorships to cover his travel expenses. His journey is possible on a budget of £6.50 a day, he added.

“You can end up endorsing a system that caused the problem,” said Julian, who is now programme manager at Union Cycle Works, a not-for-profit co-operative cycling project in South East London.

In 2006 four young people set up the Co-op Web to deliver IT services while being fair to customers and workers. Eight years later, the worker co-op is a successful business with clients ranging from multi-national banks to small social enterprises.

They want to grow the business by creating a holding company – the People Co-op. Co-op Web would be made a subsidiary of the People Co-op, whose network would also include an admin co-op and a business development co-op – a role Co-operative Futures hopes to take.

The new structure will enable clients to get different services, benefiting all member businesses, said Ed Russell, chief executive of the Co-operative Web.

Executive director Jo White hopes this will reduce costs within each of the individual businesses, which be more sustainable and find it easier to sell their services.

Co-op development will be part of the new co-op’s package, alongside personnel development, software development and management. It will be run by an elected board, but individual businesses will keep their own boards.

The People Co-op has been registered as a co-operative but the board of Future Co-operatives is due to vote on the proposal.

“The bigger we get, the more risk-averse we become,” said Ed Russell. Each individual business will have its own pot of money, he added.

Members of the Worker Co-operative Council met in October last year and created an account. In three months, over 370 individual co-operators have contributed £2,656 – and, by the end of the year, the fund could reach £20,000.

“Nobody will be out of pocket if they run a workshop and don’t charge enough. This is for now, but it could become something bigger,” said Siôn Whellens, a member of the Worker Co-operative Council.

“It will count when it reaches the scale of an effective equity fund.”

Anyone can contribute, he added. “This could be an international fund, we want people to join who support industrial democracy.”

Future Co-ops delegates discussed their own big dreams and how these could be implemented.

Ian Rothwell of Co-operative and Community Finance called for the creation of a co-operative bank to take big projects forward. Delegates noted that the movement already had the money to do this.

Siôn Whellens of Calverts Co-operative suggested a co-operative coin, similar to Bitcoin. But other co-operators argued that a co-op currency or a bank was not an issue, but a sovereign wealth fund was vital.

Rhiannon Colvin, co-founder of Altgen, wanted a global intergenerational fund to help grow the youth co-operative movement, while John Nott, general secretary of Woodcraft Folk, said the formal education system should be linked to the informal one, including his own organisation.

Also on the theme of youth, Barbara Rainford of Midcounties Co-operative said: “There should be an opportunity for young people to choose what sort of company they want to set up – and they should be able to choose co-ops.”

Alex Bird of the Welsh Co-operative Centre wanted three additions to the seven co-op principles: a commitment to co-operative development; more equality in the movement – including a pay ratio; and a democratic system for all workers within co-ops.

Investing in co-op development was also a key issue. John Boyle, membership officer of the Co-op Party, said local enterprise partnerships should fund co-ops. “We need to get some of the money within the system to be targeted into co-ops,” he said, adding that new legislation is also needed.

Jim Pettipher, of Co-operative Futures, said the movement turns over £15bn a year – but invests less than £2m in co-op development. “That’s quite a depressing fact. Are we serious about co-op development? No, we’re not,” he added. “Nobody is going to make us relevant but us.”

“Co-op development will never work through co-ops paying for services,” warned Hilary Sudbury, co-ordinator of Bristol-based co-op development agency Brave Ltd.“It is not possible to sustain it. We need to access funding at local level.”

What lessons can the UK learn from Germany’s co-operative banking sector?
Next
Subscribe to the newsletter