Ed Miliband: ‘Co-operative ideal is more important than it has been for a generation’

I don’t think many people in the co-operative movement will look back on 2014 as a golden year. Yet despite the Co-operative Group’s recent difficulties, I still believe...

I don’t think many people in the co-operative movement will look back on 2014 as a golden year. Yet despite the Co-operative Group’s recent difficulties, I still believe the movement’s best years are ahead of it.

Over 150 years ago, the original co-operative and mutual societies were formed as a vehicle to give working people more power in the economy. And for the last 80 years, your movement and our respective parties have worked together to make Britain a fairer country where power is shared more equally.

As a proud member of the Co-operative Party I have always believed that co-operative values have a place right at the heart of what a Labour government does. Our shared purpose lies in our belief that together we can achieve more than we do alone.

Co-operative and mutual enterprises differ from privately-owned businesses in one crucial respect; they exist to provide a service for their members rather than to generate profits for external shareholders.

While the media focus has been on the well-publicised problems at the Co-operative Group, the co-operative movement as a whole continues to grow and prosper, outperforming the rest of the economy since the beginning of the global recession in 2008. The movement is rightly proud that between 2008 and 2013, the size of the co-operative economy grew by 13.5%, with the number of businesses growing by 26% and a 17% increase in the number of members.

There are thousands of co-operatives up and down the country showing that there is a different way of doing business – putting employees, customers and communities first. We should be proud that Britain was the birthplace of the co-operative ideal and take action to ensure it has a bright future at home and abroad.

And this ideal is more important now than it has been for a generation. Over the course of this parliament the average working family has seen their wages decline by £1,600 per year. Indeed this is the first time since the 1920s that families are worse off at the end of a parliament than they were at the beginning.

Across our public services, too much continues to be run centrally from Whitehall departments or is not joined up enough to holistically meet the needs of individuals and families.

This is why I welcome the policy contribution that the Co-operative Party is making to our general election manifesto.

The principles that guide the Co-operative Party are the same ones that guide me as Labour leader – to make the economy work for working people and tackle unaccountable concentrations of power wherever we find them. Whether standing up to the vested interests in our economy, or devolving power in the public services that we rely on, these values are part of the fundamental change we need in the way that Britain is run and governed.

Co-operative Party ideas for promoting credit unions, reforming our energy market, empowering consumers, increasing the voice of passengers and employees in how transport services are run, putting football fans back at the heart of their clubs, are already shaping our thinking.

But I want to go further. I am determined to ensure that the election of the next Labour and Co-operative government marks the beginning of a new culture of co-operative entrepreneurship in the UK, with a growing co-operative, mutual and employee-owned sector. This will help to stem growing inequality and ensure that more working people are able to reap the rewards of economic success.

To achieve this, more needs to be done to ensure that co-operative and mutual organisations are able to compete on a level playing field with PLCs and that there is a step change in access to finance for the social economy. That is why I am determined that Labour’s British Investment Bank will not just support small business and infrastructure investment, but co-operative and social enterprises too.

Employee buyouts show how self-help and mutuality can build resilience into our economy, saving productive businesses and decent work. These buyouts can be an attractive route for business succession because they transfer ownership to people with a genuine interest in an enterprise’s long-term success. That’s why we should explore giving employees a statutory right to request employee ownership during business succession.

The co-operative movement’s relationship with Labour – through the Co-operative Party – is more than just an important part of our shared history, but a vital partnership for Britain’s future. Together we can build an economy that puts ordinary people first and public services that are more accountable to the people that they exist to serve. I look forward to working with the Co-operative Party in the coming months to put co-operative values at the heart of Labour’s platform for government. 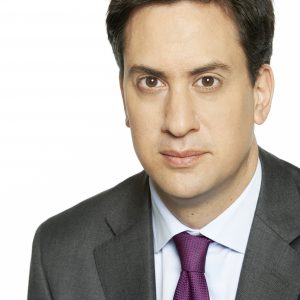 Leader of the Labour Party, MP for Doncaster North

Editorial: Winning the co-operative vote
Next
Subscribe to the newsletter