How are organisations using Co-operative Marque?

Since its launch in 2013, co-operatives around the world have begun to use the global Marque to highlight that they are a co-operative. Here we showcase a few...

Since its launch in 2013, co-operatives around the world have begun to use the global Marque to highlight that they are a co-operative. Here we showcase a few of the boldest and most imaginative uses.

Top: Brazilian financial co-operative, Sicoob, is a national co-operative bank. Its north west headquarters, currently being developed, will feature the global Marque in order to demonstrate that it is more than a bank – it is a co-operative.

Right: The Neighbouring Food Coop Association is a network of over 30 food coops in New England, USA, that employ 1,500 people, are owned by 90,000 members and turnover $225 million. It is using the Co-operative Marque to show its co-operative difference on its websites and promotional materials.

Below: Sicredi is a network of 106 credit unions serving 2.4 million members through 120 branches across Brazil. The financial co-operative has used the global Marque to brand its branches in order to reinforce its co-operative identity. 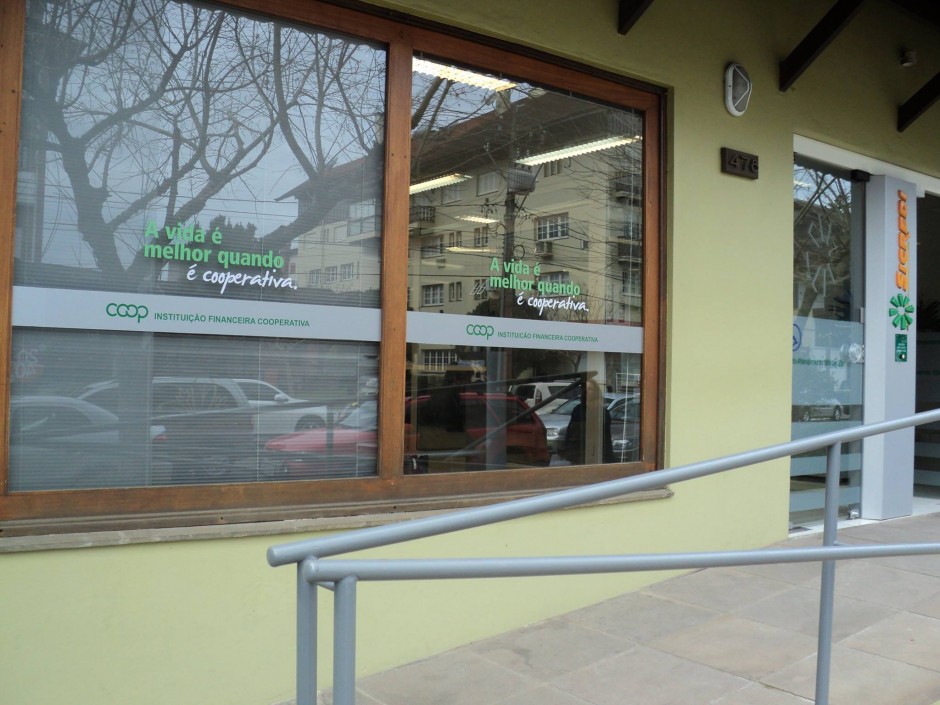