International News round up 9-22 September 2014

France Employees at the French regional daily newspaper Nice-Matin have launched an appeal for donations of €300,000 on the popular European crowdfunding site Ulele as part of their...

Employees at the French regional daily newspaper Nice-Matin have launched an appeal for donations of €300,000 on the popular European crowdfunding site Ulele as part of their campaign to save the business and convert it into a workers’ co-operative.

Half the amount being sought on Ulele was donated in the first few days of the campaign. Nice-Matin sells around 130,000 copies each day and is an established part of the social, political and cultural life of the eastern Cote d’Azur. However, together with its sister papers in Corsica and the Var region, it is currently in the French equivalent of receivership, having reportedly been losing EUR 500,000 a month.

According to François Roubaud, the Nice-Matin journalist and trade union delegate behind the co-operative proposal, between 350 and 450 of the existing 1,180 jobs are likely to disappear if the paper passes into the hands of an external bidder. By contrast, the workers’ bid would involve only about 110 voluntary redundancies.

Under the staff proposal, Nice-Matin would be restructured as a worker-managed business, incorporated as a SCOP (a participative co-operative society). Recent years have seen renewed interest in France in the possibility of using the SCOP framework to save conventional businesses in difficulties, often undertaken in partnership with the trade unions.

As part of their celebration of the International Co-operative Day, Japanese co-operators hosted a discussion forum on sustainability. The event drew more than 400 co-operators and representatives from various organisations, who engaged in a debate on how to strengthen collaboration among co-operatives across the country.

Delegates also looked at the role co-operatives could play in sustainable development, particularly in Fukushima, scene of the 2011 nuclear reactor disaster.

Akira Banzai, President of the Central Union of Agricultural Co-operatives (JA ZENCHU), Chairman of the JJC and Representative of the Co-operatives Japan, said: “It has been three years since the devastating disaster, but some of our members are still unable to go back to their home town. I would like all of us here to share the spirit of people in Fukushima. Let’s build further collaboration among co-operatives, nationally and internationally, so that we can reinforce the value and roles of co-operatives for sustainable development.”

Between 2009 and 2014 ,WOCCU has run a development programme across three regions of Ethiopia: Tigray, Oromia and Amhara. The project has helped 44,685 farmers produce higher crop yields and increase their income. 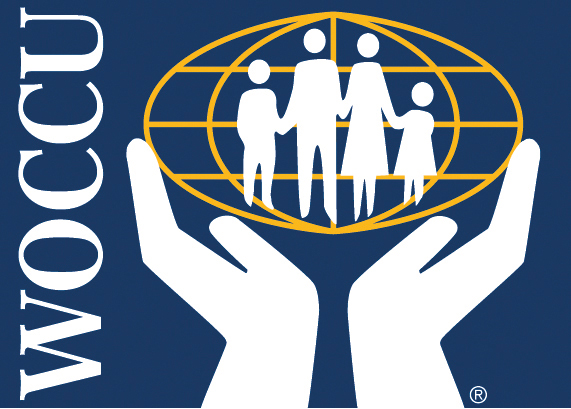 Producers got the chance to learn about soil and water conservation techniques, and 71.5% of those surveyed said this has helped them increase crop production. Throughout the term of the project, farmers’ income has increased by 129% for primary crop production, and 150% for secondary crop production.

A new Young Scholars Program aims to promote co-operative research among emerging academics. The YSP was developed by the International Co-operative Alliance’s Committee on Co-operative Research (CCR) and was launched at the Global Research Conference in Croatia in June.

Any new researchers studying co-operatives, post-doctoral students and young scholars within two years of receiving their degrees were able to apply for the YSP. Around 30 of them participated in the conference, with 14 of them receiving €500 worth scholarships from CCR to cover some travel expenses.

Chair of CCR, Sonja Novkovic, explained how the Young Scholars Program was designed to enable new scholars to engage with established academics and exchange ideas. The conference had a multi-disciplinary approach, giving young scholars the chance to explore different issues such as co-operative law, agriculture, economic development, micro finance lending or ethical banking.

“The conference was a wonderful forum to present my early research. The Young Scholars Program was launched and it gave me the opportunity to meet and network with a group of young and emerging scholars with interests in a diverse range of topics relating to co-operative enterprise,” said Ann Apps, a lawyer and lecturer at Newcastle Law School, New South Wales, Australia, and one of the young scholars attending the event.

Copa-Cogeca, the voice of European farmers and their co-operatives, has called for more support for the EU’s farm sector in light of the ban imposed by Russia on EU agricultural exports.

While the European Commission has already committed to supporting the EU fruit and vegetable sector, Copa-Cogeca says this aid package will not be enough. The organisation expects EU producer prices to fall by 50% in some cases.

Copa-Cogeca secretary general Pekka Pesonen said: “Around 10% of our exports are sent to Russia, worth 11 billion euros annually, and the support allocated so far is not nearly enough to compensate fruit and vegetable producers for the effects of it. Additional aid is needed to prevent the market from spiralling out of control, causing further damage to the economy.”

Costa Rican Credit Unions have witnessed an increase in the number of deposits made in the first months of 2014. Over 29% more people that in the same period last year have chosen to deposit their savings at credit unions. The increase was partly determined by better interest rates offered by credit unions, as opposed to traditional banks. A study conducted by a financial study research firm revealed that in July last year while banks were offering interest rates between 5.1% and 6.6%, the interest rate provided by credit unions was between 7.5% and 10.5%.