Who decides? Governance and mutuality of the co-operative and mutual sectors

Large mutual financial institutions, in both banking and the many remaining insurance companies, present a distinctive set of corporate governance challenges. Large membership is akin to dispersed share...

Large mutual financial institutions, in both banking and the many remaining insurance companies, present a distinctive set of corporate governance challenges.

Large membership is akin to dispersed share ownership, which presents the corporate governance co-ordination problem identified in the seminal academic work of Berle and Means in 1932. Growing institutional share ownership substantially increased the concentration of shareholding, resolving the ‘co-ordination problem’, and ushering in the concept of the ‘stewardship’ of companies by insurance and pension and other investment funds taking a long-term strategic view, as overseen by the Financial Reporting Council in the UK.

Against this, executive remuneration in the form of share options and growing ‘hedge fund’ shareholder activism encourages ‘short-termism’, a dynamic comprehensively charted in the 2012 ‘Kay Review’ of the equity markets and long term decision making.

Big mutual financial institutions (MFIs) do not have institutional shareholders to exercise stewardship and have dispersed ownership akin to the scenario that Berle and Means analysed. MFIs are commonly regulated differently and separately from other financial institutions. Building societies were regulated by the Register of Friendly Societies until 1986, when the Building Societies Commission was established as their specialist regulator.

The trustee savings banks in contrast had been regulated by HM Treasury until they amalgamated to form the Trustee Savings Bank and floated shares on the stock exchange. The problem of governing MFIs was recognised in the Myners Report for HM Treasury on life insurance mutuals in December 2004 – the same Lord Myners that in 2014 has made recommendations to the Co-operative Group to overhaul its corporate governance structure, partly in light of the weaknesses that had emerged around oversight of the Co-operative Bank.

The governance of local mutual banks, including building societies and credit unions, should be much easier than large financial mutual because ownership is much less dispersed and, the smaller the local community, the greater the chance that peer review and pressure can be brought to bear to condition potentially recalcitrant borrowers; much like micro credit as operated by co-operative pioneers such as the Self Employed Women’s Association in India and the Grameen Bank, which pioneered group lending to women in Bangladesh.

Further, local managers and loan originators can develop a relationship with borrowers and knowledge of the local community and the creditworthiness of its potential borrowers, while observing the use of the borrowed money. As a result, the screening and monitoring of loans becomes cheaper and more effective and access to finance greater than under more automated and centralised lending based on credit scoring. Default risks can thus be contained and forbearance and rescheduling applied as appropriate. There is no pressure from outside shareholders to achieve a high return on equity and bank managers become the community stalwarts of old, with conformable salaries to; rather than earning large, investment banking influenced, bonuses.

That having been said, the temptation to defraud remains and credit unions have failed as a result. Hence complete self-regulation by associations of deposit taking institutions is not an option because depositors need to be protected from being defrauded.

Municipal savings banks, like many of the Cajas in Spain, suffered from local politicians using their influence to win votes by promoting local property development. This is known as ‘pork-barrel politics’ in the US, where Savings and Loan Associations, which were liberalised by the Depository Institutions Deregulation and Monetary Control Act in 1980 and the Garn-St Germain Act in 1982, became subject to political influence; allegedly sometimes by local politicians who went on to achieve high office in the federal government! Community based mutual banks thus need to be safeguarded against undue influence from local politicians, who may face conflicts of interest.

Local (basic) banking for local people is likely to be easier to govern and smaller banks tend to lend to smaller firms (micro enterprises and SMEs). Local bank managers are more likely to have a relationship with local households and SME borrowers.

With local mutual banks of this type, ‘Captain Mainwaring’ (the small town bank branch manager made famous by the long running UK TV comedy series: ’Dad’s Army’) returns to serve our communities. Although, most might prefer a more sympathetic and contemporary ‘listening’ bank manager to run the local branch…perhaps like James Stewart’s role in ‘It’s a Wonderful Life’.

• This article is part three of six. Read the first article (Mutuals have always been a longstanding force in banking) or the second article (The big bang; how demutualisation of building societies failed).This series has been commissioned by Co-operatives UK in the run-up to ‘Co-operation: How?‘ – the 2014 participative Congress that is exploring the scope for a co-operative economy, from banking to farming. 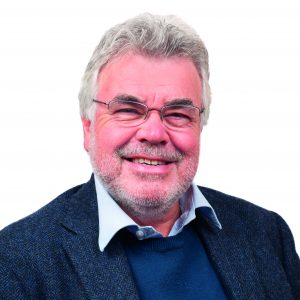 Credit unions are sacred and not just for the poor
Previous