The tale of co-operatives and the ‘community national trust’

Back in 2006 I was approached by then shadow housing minister, Grant Shapps MP, to lead a group looking at community involvement in tackling the housing shortage. For...

By Professor Karl Dayson
Oxford United’s Kassam Stadium (above), Manchester United’s Old Trafford and Liverpool’s Anfield are just some of the football stadia to gain AVC status to maintain the current use of the land

Back in 2006 I was approached by then shadow housing minister, Grant Shapps MP, to lead a group looking at community involvement in tackling the housing shortage. For a number of years my colleagues and I at Community Finance Solutions had been examining issues of affordability and access to credit and housing.

In both cases we saw the opportunity of utilising the ‘community benefit’ industrial and provident society model to bridge the gap between those with resources and willingness to invest, and those wanting to develop community-led responses to these problems. We helped create ten community development finance institutions (CDFIs) and laid the foundations for the community land trust movement in England and Wales.

This story matters when reviewing the current government’s policy as, in my experience, their interest has been less about institutional structures and more about effective community involvement. As such, they should be judged on the latter.

Despite this, the policy should be exploited by co-ops willing to look at new ways of delivering their services. But, and it is a big but, this is only possible if co-ops are representative of the community they claim to serve.

The centrepiece of coalition government legislation in this area was the Localism Act 2011. This enshrines four principles that could benefit co-ops:

All four presented a fundamental challenge to the near monopoly of the local state over planning and the control over the services they currently deliver.

While some local authorities will embrace the co-production of planning, development and delivery, most still require some persuading. Community Right to Challenge was supposed to deal with this impasse, but the legislation enshrined too many grounds for instant rejection by councils, and public sector procurement rules ensured most co-ops and social enterprises haven’t bothered.

There has been some tweaking of the procurement process to help community groups, but the system still favours those who can cope with the bureaucratisation of risk. If empowering communities remains the government’s objective, the Community Right to Challenge needs to be turned around so that the obligation falls on the local authority to justify why services have to be delivered as they are and why they cannot be broken-up and delivered at a more immediate level.

The assumption should always be that services should be delivered by the most local service practicably possible. While Community Right to Challenge has failed to open up local authority services to co-ops and other social enterprises, Community Right to Bid may become the most significant aspect of the entire legislation. It contains two elements: the listing of a space/building as an asset of community value (ACV) by the local authority, and a period of time in which the community has to raise the finance to bid for the asset.

To date it is the former which is reshaping the planning process by preserving socially important assets. Across the country, local authorities are responding to communities by listing more assets – and although ACV isn’t enough to decline a planning application, it has already been upheld by the Planning Inspectorate as a factor to be considered when making a decision.

It’s not just empty buildings that are being listed. Football stadia and pubs are gaining ACV status to maintain the current use of the land. The Supporters Trust and CAMRA have been quick to see potential benefit for football clubs and publicans.

What we are starting to see is the emergence of a ‘social and community national trust’. The next stage is ripe for co-ops to convert these assets into viable local enterprises.

• Read: The big debate: The Big Society and Community Rights. 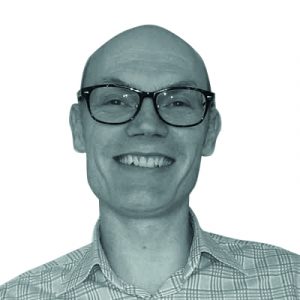 Prof Karl Dayson is Associate Dean (Enterprise and Engagement), Director of Salford Institute of Public Policy and Director of Sociology and Criminology at the University of Salford. He co-founded Community Finance Solutions, a research and development unit within the University.

The big debate: The Big Society and Community Rights
Previous

Identity pitch: Encourage traditional businesses to join together as co-operatives
Next
Subscribe to the newsletter