‘Co-operatives are a warm and surprising family’

Co-operatives are taking me on a life-changing curve – so it was no surprise to find my first meeting with fellow co-operators warm and reassuring. I recently found...

Co-operatives are taking me on a life-changing curve – so it was no surprise to find my first meeting with fellow co-operators warm and reassuring.

I recently found myself at the workers’ co-op weekend, pitching my tent among others in a field in Pulborough, West Sussex. My neighbours were individuals of all ages who had travelled  from Glasgow, Manchester, Birmingham and Brighton.

We had never met each other, but we were all motivated by the same single badge: ‘worker co-operatives’. But did I really know what this meant? 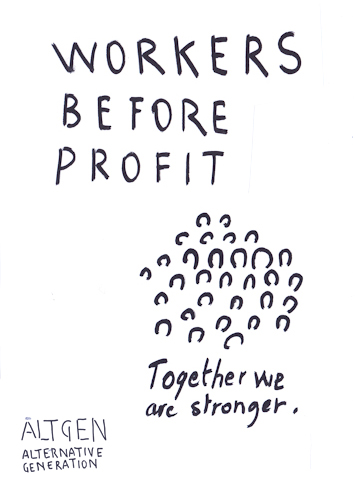 I had arrived in Pulborough with an instinctive idea of what it meant to operate a workers’ co-operative, but sharing a weekend with those for whom it is a way of life has taught me an enormous amount about how we can organise our working lives.

Right from our arrival, we started gathering underneath the themes of different workshops. We had the choice to be part of different learning groups – such as: basic financial literacy for co-op members; meeting facilitation skills; or strategic planning the co-operative way. Learning together from each other was the tone in the rooms.

I was surprised by the openness and the true generosity of these different workers, giving the keys of their successful co-ops and sharing their experiences. I was amazed by the general willingness to help other organisations with their businesses. It was a different way of learning, and we naturally took it in turns to share knowledge.

Talking freely and learning more about cash-flow models and each co-op’s finances was empowering. It was reassuring to learn alongside others, some of whom shared my discomfort with these difficult tasks. Helping and supporting each other gave us the strength to overcome the fear.

These discussions and workshops contextualised the model of workers’ co-operatives in an existing capitalist system. It is not about utopia, it is about how to work within the existing system to change it, trading and earning a living in a sustainable way. It is about caring for workers. It is workers first, it is about people, not profit.

It is not about growing until you burst, it is about maintaining an enjoyable pace and reaching a functioning business model. It opened my eyes on how little education I had been given through conventional education about the alternative model of a workers’ co-operative sector in our economy.

It also reinforced my conviction that AltGen has got a real place and legitimacy in our contemporary society. I feel proud to be helping young people outside university to learn about co-operative business models and organise themselves in young progressive workers’ co-operatives. 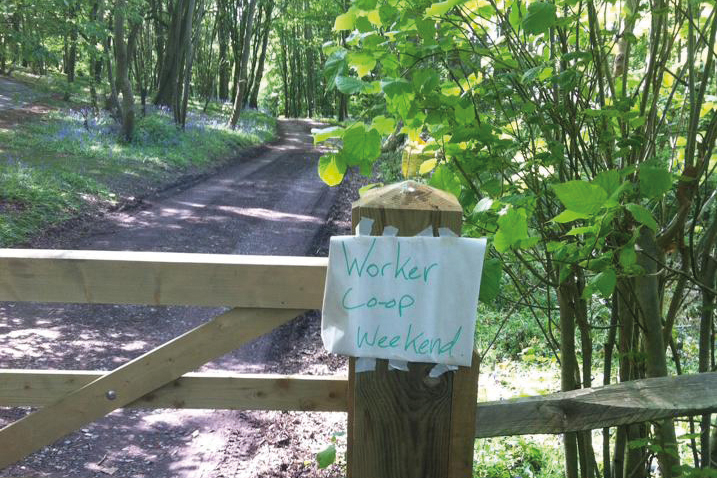 The whole weekend was punctuated with communal meals, where everyone organised themselves to help with the chopping and the cleaning, guided by those with the right logistical skills. The quality of the food, the quality of the cooking, the simplicity of the conversations around the table, the laughs, the conviviality all marked my memory of this weekend. There was a  grounding feeling in meeting people like me, and finding a model in our capitalist system which allows us to be human beings working together and not against each other to sustain our lives.

Upon arrival, I was unsure about what the title worker’s co-op really meant, since my experience has only existed in the short life of AltGen. I felt slightly anxious to be the representative for such a young co-op and to arrive into a pre-existing circle of knowledge.

We, AltGen, are three individuals, young graduates constructing this reality of a workers’ co-op as we go with our common passions and energy but also with uncertainty and blurry lines. Since we started working together, there has been a clear understanding of each other, a kind of non-verbal agreement that we wanted the same thing: work, but work only under certain values: equality, respect, support and care.

These were values that we had all struggled to find before in the industry, in a world of unpaid internships and competition.

We put them underneath the name of workers’ co-op without knowing really what co-op meant at the time. We had an instinct and theoretical knowledge of it, but now we have met living examples of what it means – and after this weekend, I feel revitalised and confident about my life choices.