Last year marked not only the 40th anniversary for Co-operative and Community Finance, but also the best lending year for the Bristol-based fund that supports community-owned ventures. In 2013,...

By Anca Voinea
Friends of Denton West End Library have successfully brought the library into community ownership after purchasing the building from the local authority with loans from Co-operative & Community Finance and the Co-operative Loan Fund.

Last year marked not only the 40th anniversary for Co-operative and Community Finance, but also the best lending year for the Bristol-based fund that supports community-owned ventures.

In 2013, the organisation paid out £1,209,500 in loans and investments to co-operatives and community-owned organisations. This represents an increase of 55% from the previous year.

According to Alain Demontoux, operations and FCA compliance manager at CCF, 2013 turned out to be the best lending year since 1973. “These results were buoyed by increased lending to across the various co-operative sectors including housing, employee ownership and community owned businesses. In all we supported 26 businesses with loans ranging from £10,000 to £170,000,” he said. 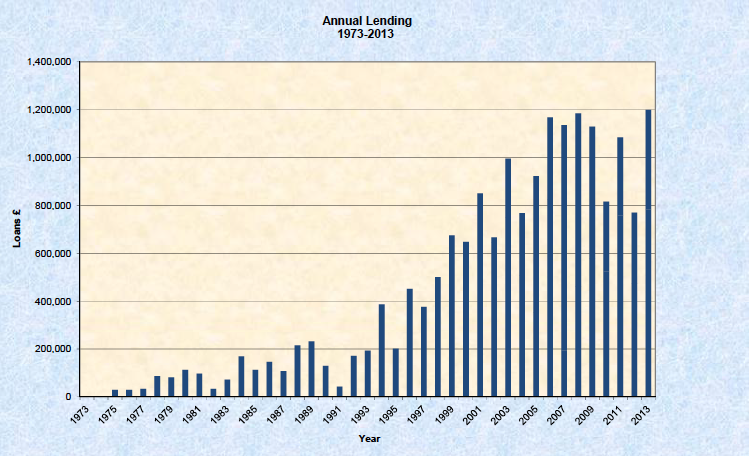 “Looking forward, community asset purchase and employee ownership continue to be growth sectors that will further increase demand for finance in 2014.”

To mark its 40th anniversary, in October Co-operative and Community Finance held an anniversary dinner in the Houses of Parliament, which was attended by trustees past and present and hosted by Labour/Co-op MP Andy Love.

“2013 was the 40th anniversary of Co-operative and Community Finance. As such, we began the celebrations with a launch at Co-operative Futures Conference 2013. We also looked back at our lending over the last 40 years, highlighting a different borrower on our website for each of the years since 1973,” said Mr Demontoux.

Development Manager at Co-operative and Community Finance, Ian Rothell, also said: “We’re delighted to have embarked upon middle age with such a bang. We’ve just been to the first Worker Co-ops weekend event and it was great to see so many new co-operators getting involved in the movement – here’s to the next 40 years of co-operation!

“The economy – and the co-operative movement in particular – has suffered a recent period of uncertainty, but we think things are about to change. There are general signs that the economy is improving and hopefully this will give people the confidence to set up new co-operatives and expand existing ones. We’ve seen recent growth in community asset purchase and employee ownership.”