A vision for community energy is to be a part of a market that works. Uncontrollable market forces and the cost of living crisis have left many powerless...

A vision for community energy is to be a part of a market that works. Uncontrollable market forces and the cost of living crisis have left many powerless to respond to rising energy bills, according to a ResPublica report into the state of the sector.

“Currently, our energy market is failing both our economy and our society,” says the Community Energy: Unlocking Finance and Investment publication. “Wholesale reforms are in demand, and new ways to engage with consumers and communities in their energy provision and use are urgently needed.”

Community energy projects – where community groups or co-operatives own and generate electricity and/or heat – should not be perceived as a parochial adjunct to mainstream power, but as a key ingredient to the energy mix.

Participation, community ownership and the growth of SMEs are crucial to the success of our energy market. With heightened concerns regarding competition, the cost of living and dwindling levels of trust, such principles must now become the norm rather than the exception.

What is community energy?

Community energy refers to community-owned, governed or invested power generation projects, of any type or technology. As of January, there was 66MW of installed community renewable electricity capacity, and over 200MW in development. This represents just 0.4% of the UK’s total renewable energy capacity, but community energy has the potential to grow even further. As ResPublica’s Community Renewables Economy report , published in September, highlights, the sector could grow 89 times this size, with the right infrastructure and support.

What are the problems?

1. Integration into the supply chain 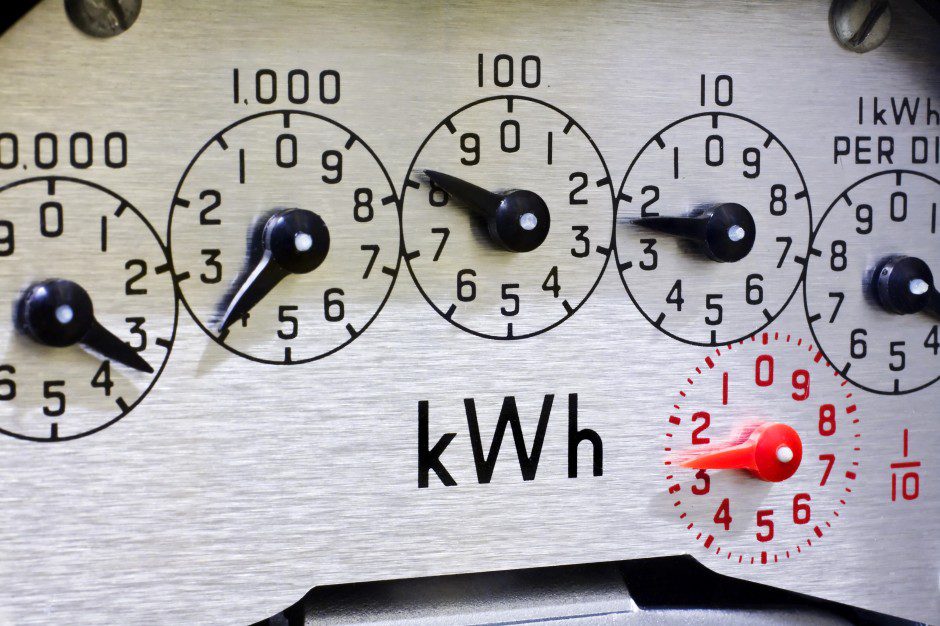 Community energy has not successfully been integrated into the mainstream supply chain, and the majority of attempts to finance and encourage investment in community energy projects offer piecemeal rather than wholesale change. The headline barriers to greater finance and investment for community energy emerge from its current exclusion from the wider system, and perception on the part of policy-makers and investors that the sector is niche, vague and intangible. Until community energy is in significant demand, it will always lack the attention needed from investors, private and public partners, and the wider population.

2. The nature of community energy 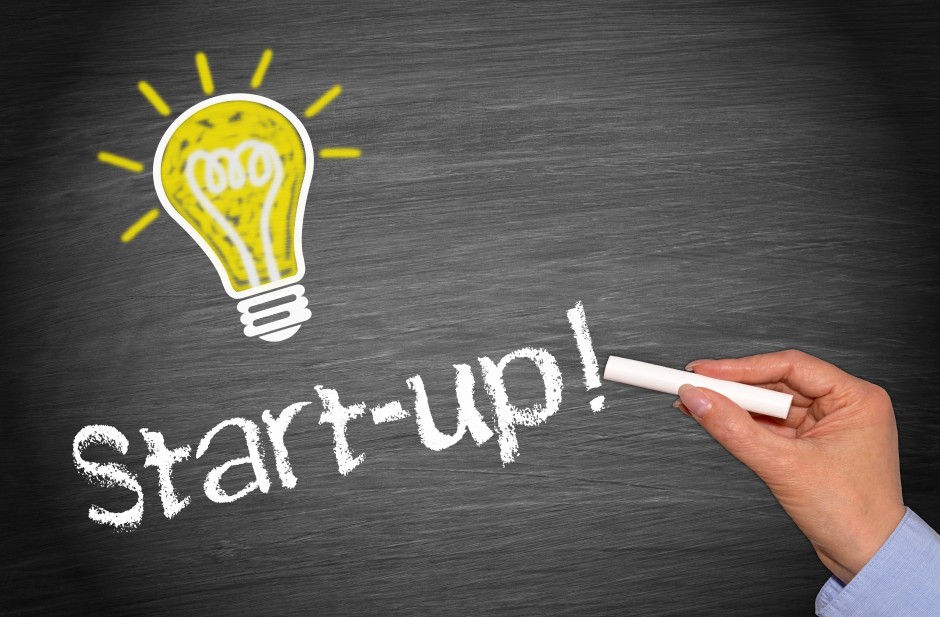 Many of the barriers faced by community energy groups are those inherent to start-up businesses: entrepreneurs can lack the relevant experience; the business itself can lack the equity needed to absorb risk or cover traditional risk mitigation; and start-ups often start out with no balance sheet or track record. Such businesses are also heavily reliant on volunteers, which while fundamental to the success of many existing groups, can bring its own risks and present its own barriers. Particular skills, documentation and external advice are often needed, as well as the necessary business knowledge such as awareness of the appropriate legal models and financial and investment terrain. 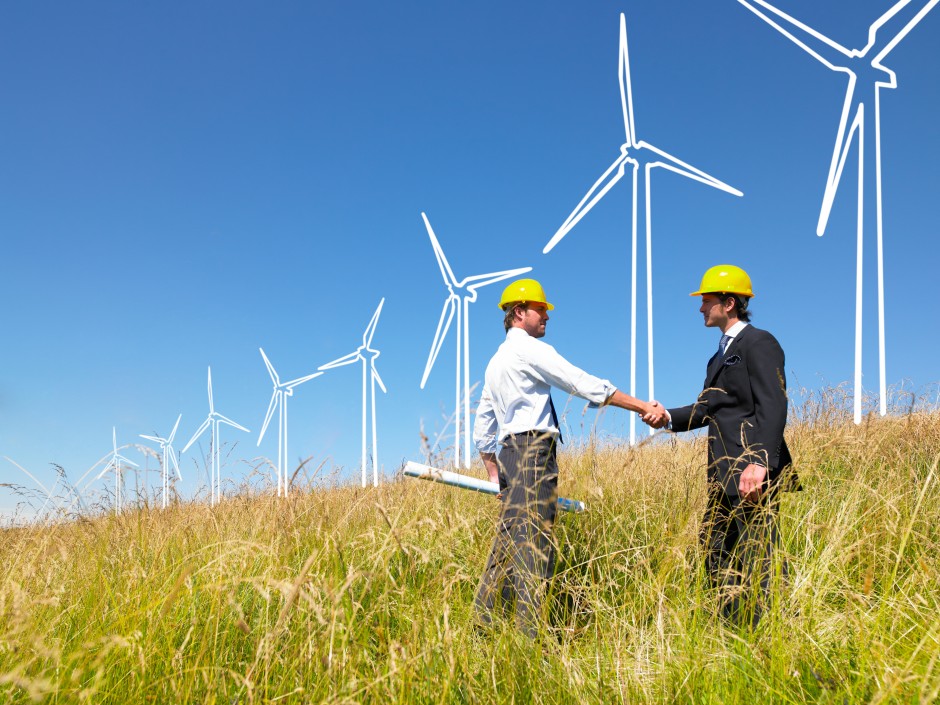 The lack of integration of and demand for community energy in mainstream markets means that investors lack confidence in the probability of a return on their investment. Without the incentive of a good rate of return ‘at scale’, investors are often unwilling to put their faith and, more importantly, their money, into the hands of community energy groups. The multitude of business structures that community energy groups can adopt provides an additional hurdle: investors can find it hard to judge which model offers the greatest likelihood of a reasonable rate of return. This problem is compounded by a lack of belief in the financial sector that community energy will ever be large enough to justify the effort and resources needed to learn about such models in more detail. 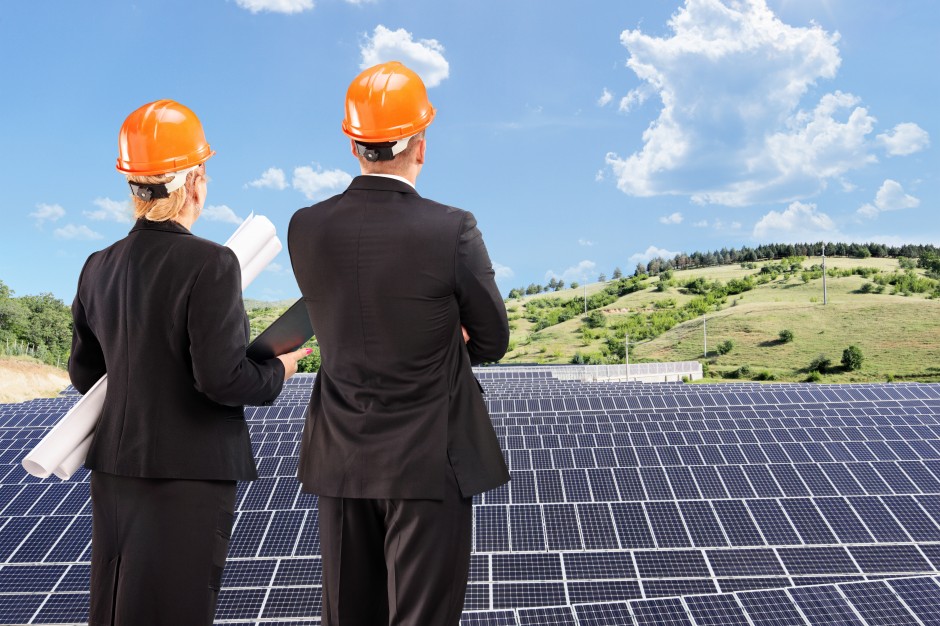 New and successful methods of investing in and lending to community and local energy projects have emerged through peer-to-peer lending and crowdfunding, but such platforms have suffered as a result of being new, small and different. The Financial Conduct Authority (FCA) has thus far been slow to regulate this emerging industry. Indeed, the introduction of regulation came about as a result of direct lobbying from crowdfunding platforms, who were heavily involved in the creation and implementation of legislation – which became effective as of April 2014.

What are the solutions? 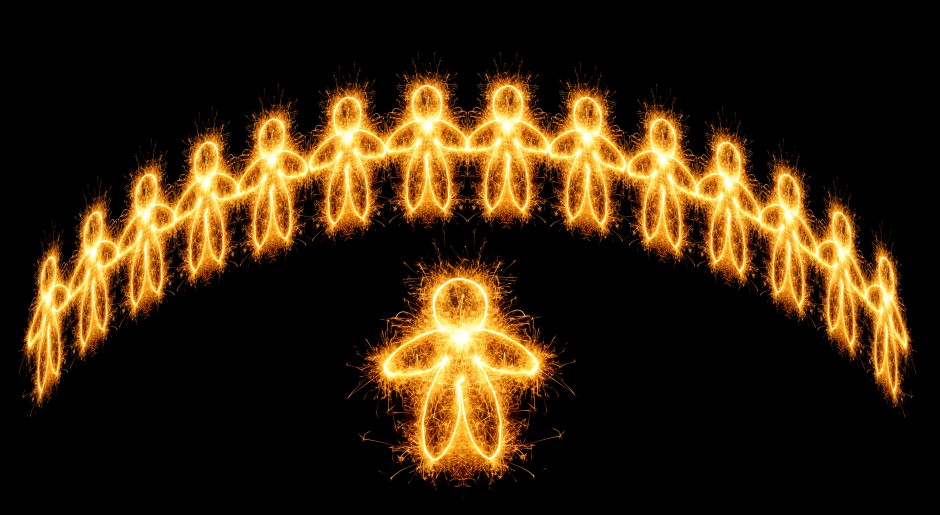 Peer-to-peer lending, co-operative share offers and other forms of crowdfunding have opened up direct paths for individuals to invest in or lend to energy generation projects. Worldwide, crowdfunders contributed $2.7 billion in 2012, which has helped to fund more than one million projects. In the UK, £5.2m has been invested in renewable energy projects through Abundance Generation alone – an intermediary platform which brings together people and businesses to raise capital for their business.

Joint ownership projects – where communities have partnered with private developers, local authorities or businesses – have been very successful in the UK. As of July 2013, 53% of community energy’s operational capacity came from joint ventures with developers, and this level is growing rapidly.

Successful methods to attract finance and investment can also be found overseas. In Germany, around half of the capital borrowed by co-operative energy groups comes from co-operative banks, and another third from development loans originating from Germany’s KfW promotional bank. KfW – the German Government’s intermediary which underwrites loan finance via commercial banks – offers long-term loans at a rate of 1.0% interest, which has enabled many community energy groups to more easily start up and grow. 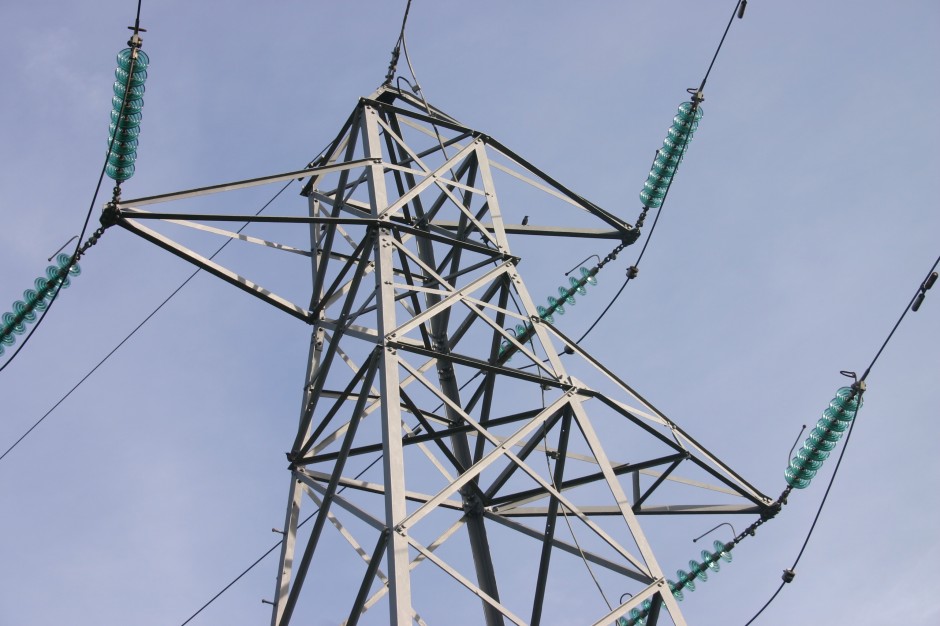 The Government’s Community Energy Strategy, launched in January 2014, sets out a significant and encouraging first step to providing an infrastructure of support for the growing community energy sector. But community energy will always be lacking in the UK unless it is properly integrated into the wider energy market. Improving the prospects for investment and lending is a worthy goal, but this will only enhance what already exists rather than initiate the more urgent reform needed. Increasing demand for community energy could act as a market incentive to encourage the setting up and scaling up of community energy. 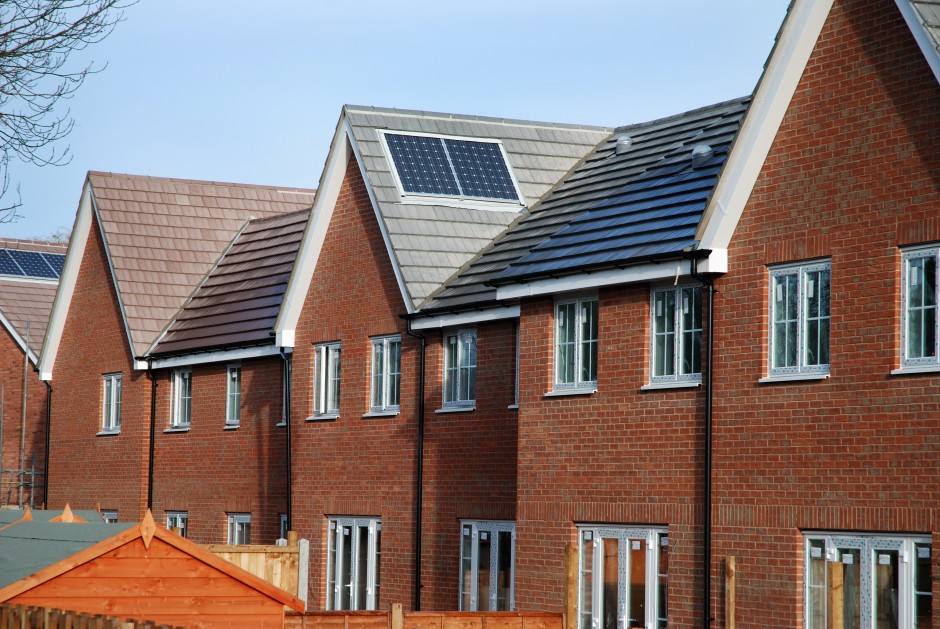 The integration of community energy into the wider energy market is crucial, but equally as important is its integration into wider society. The way that our energy systems work is neither tangible nor very attractive to the general population. Key to bringing community energy projects into the mainstream will be in de-complicating and ‘humanising’ energy, and making methods of production and energy efficiency more accessible, appealable and easy for consumers to engage with and understand.

Peer-to-peer lending, community share offers and other forms of crowdfunding have started to open up community and renewable energy to a much wider audience: they appeal to those who want to invest a little and benefit from good returns. Such models and methods, and the surrounding framework of tax incentives for investors, should be further supported. 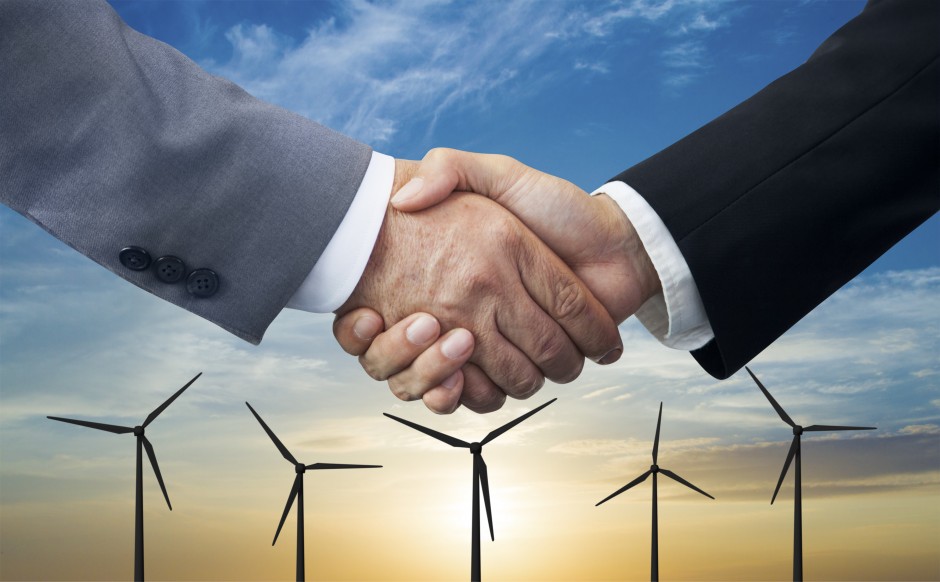 The ‘green’ and ‘social’ investment worlds need to talk to one another and co-ordinate where possible on building a successful lending market. Where gaps are particularly prominent, such as in the pre-development stage, government could introduce loan guarantees to begin to ease up lending. Beyond government grants and loans, which are limited in funds and scope, finance from other sources should be encouraged. Private businesses, local authorities and Local Enterprise Partnerships should also play a much greater role. Larger energy companies, for example, should be encouraged to fund and ‘create their own competition’ by underwriting the development phase for community energy projects.

Lessons to learn from the Co-operative Bank crisis
Previous