How co-operation can achieve equality in education

The City of Edinburgh Council believes the concept of co-operation can provide a values-and-principles approach to learning and teaching. This can allow all students to succeed and help to...

By Morag Pendry
Will pupils in Edinburgh start the move towards a more humane approach to schooling?

The City of Edinburgh Council believes the concept of co-operation can provide a values-and-principles approach to learning and teaching. This can allow all students to succeed and help to tackle the entrenched attainment gap seemingly dictated by postcodes. It has taken this pioneering approach as part of its bid to become the first co-operative council in Scotland and encourage more democratic participation in people’s own communities.

As a teacher and a co-operator, I feel very privileged to be part of this innovative approach, which is still in its infancy. Edinburgh has committed funding for the next three years to allow this approach to be introduced to all 73 primaries and 33 secondary schools. This challenge should not be underestimated, as the education landscape is constantly changing and the wheels of bureaucracy turn slowly.

The starting point for Edinburgh was to identify one cluster of schools, with mixed catchment areas, who would like to pilot some of the concepts we were hoping to introduce. Broughton High, with four associated primaries, was selected. The schools agreed to shared values, derived from co-op values, which were then shared with their students. All staff were trained in co-operative education approaches and cluster pupil councils were formed, which meet at a different school each time.

Representatives from all schools were invited to the City Chambers for a day to take part in co-operative activities and learn more about “living the values”. Now, the next step is for pupil councils to take responsibility for sharing what they have learned with the staff and students in their own schools.

This will involve designing assemblies, delivering training sessions for teachers and hosting open evenings for parents. The students will lead this initiative and, in doing so, will feel ownership of the project and be more inclined to run with it rather than just treating the values and co-op model as another lesson from the teacher.

Having recently been part of a commission looking at how we could reform schools in Scotland and create a more equitable system, I have had the opportunity to look at a variety of educational systems in a number of countries.

The first thing that struck me is that we still cling to a system of measuring by the ability to pass exams – and the more passed at higher grades, the more successful the school is judged to be. As access to higher and further education is seen as a passport to better paid jobs (which we are assumed to aspire to), the whole ethos is one of competition rather than co-operation. Student is pitted against student, schools compete to be at the top (or not at the bottom) of the league tables and school departments and teachers are competing to get the best students to get the best results. Sometimes the real purpose of learning is lost in the target-setting.

The important question to ask of those involved in this stressful exam-driven environment is “What is education for?”. Educators are excellent at giving great answers about developing the whole person, allowing everyone to fulfil their potential, valuing everyone for who they are … but our systems and actions in the education world are at odds with these sentiments. Ask most 5th and 6th year students what school is for and they will tell you it’s about passing exams!

Our current education system is not equal and, I fear, never will be if we don’t fundamentally change our deep-held beliefs about why we compulsorily send children to school for 11 years. The status quo continues because we replicate what we experienced at school ourselves. The difference between the best and worst performing schools hasn’t changed in 50 or 60 years. It is still our postcode that is the indicator of academic success, despite the many reforms of different governments. I believe we now need to empower our young people to make the change from within the system to develop a more equitable education environment.

Pupils in Edinburgh may well be the seedlings who can start to do this. I’m hoping that by empowering our young people to learn to co-operatively discuss their shared values and meet outside the segregated classroom environment, we will see them start a movement towards a more humane approach to schooling, away from the postcode segregation that still dictates success or failure in the education world.

It is time to ask the next generation to rethink and reframe the current paradigm, so education reform can be from the bottom up as well as the top down. 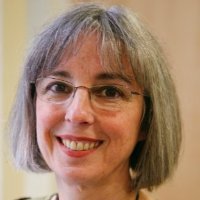 Pedal-power raises £3,000 in student co-op bike ride fundraiser
Next
Subscribe to the newsletter