By Rebecca Harvey
Members of the Mobu Ke Khuata co-operative in Masemouse, Lesotho

It works with co-operatives and other institutions worldwide, such as co-operative colleges, UN agencies and the ICA, in nearly 20 countries across Africa and the Asia/Pacific region. Working with local partners, it provides training and capacity building for co-operatives both large and small. The College also works behind the scenes on policy development and to raise awareness and change attitudes among decision makers, and carries out research so as to contribute to a better understanding of the co-operative sector in the UK and internationally.

Purpose: In 2012, the Co-operative College received funding from the Scottish government’s International Development Fund to lead a three-year project in Malawi supporting farmers to form and improve co-ops. Working with three local partners – COMSIP Co-operative Union (which organises credit and savings co-operatives in rural areas), the MZUZU Coffee Planters Co-operative Union and MUSSCO (the Malawi Union of Savings and Credit Co-operatives) – the project aimed to empower small and marginal farmers and help them improve their livelihoods through training, mentorship and support.

Outcome: It is envisaged that 3,000 co-operative smallholder farmers will benefit, through improving yields, diversifying crops and, using joint marketing, getting better prices for their harvest. Three local project officers have been appointed, and the College has run a ‘train the trainers’ programme, with a number of enterprises already having received training and registered as co-operatives.

Purpose: In summer 2012, to celebrate the International Year of Co-operatives and show solidarity between co-operatives in the UK and internationally, Chelmsford Star Co-operative embarked on a three-year project to establish and develop an agricultural co-operative in Lesotho. Managed by the Co-operative College and supported by social enterprise Connecting Communities Worldwide, the project aimed to help alleviate poverty, achieve sustainability in the community, generate income and contribute to food security. The newly formed Mobu Ke Khuata co-operative – whose name means ‘soil is gold’ – aimed to grow fruit trees, produce honey and construct fish ponds to produce edible fish.

Outcome: The first year of the project focused on capacity-building and educating members about co-operatives. Mobu Ke Khuata co-operative currently has 82 members and received praise from the Rt Hon. Khoteso Matla, Minister for Forestry and Land Reclamation in Lesotho, after a visit six months into the project. 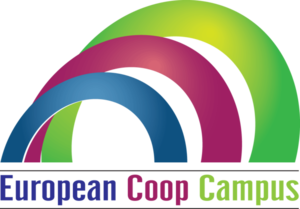 Purpose and outcome: Partners across Europe are working together to produce two learning programmes with jointly agreed outcomes, content and assessment criteria for use within international co-operative exchange programmes. They have been developed using a work-based/competency approach and it is planned that in the future they will help to form basis of a Europe-wide accredited learning framework for co-op leaders. For more information, visit www.coopcampus.eu.