What can co-operatives learn from Starbucks?

Coffee is a commodity. As you peruse the scene around you with wild, staring triple-shot venti latte eyes, it may occur to you that the little brown bean...

Coffee is a commodity. As you peruse the scene around you with wild, staring triple-shot venti latte eyes, it may occur to you that the little brown bean has become something of a habit these days. But it’s still just a basic product – a taste you could probably emulate, if not actually improve upon, at home (see my mum’s recipe for milky coffee: instant coffee, milk, pan).

But curiously, this product is at the heart of one of the most remarkable growth phenomena in recent times: Starbucks. I can cast my mind back 10 years to a point where the green twin-tailed siren was only to be found in posh city centres.

Even then, it was competing with many established independents, such as Ponti’s in London. There were – and still are – coffee emporiums whose pick-me-ups arguably kick Starbucks’ into a composting bin, like Bar Italia in Soho. And yet, even with such challenging competition, the Pike Place people have emerged and dominated.

OK, so I’m wilfully placing the focus on the product at Starbucks, when we all know it’s the experience that explains this meteoric rise. The company has carefully crafted its identity, created some core principles – values, even – and rolled out some of its most undeniably effective DNA strands.

The colour is striking and supports its fair trade ethos. Its modern take on folk music classics (albeit warbled by a trill, tin-voiced angel which usually starts my teeth a-grinding) sets the auditory standard while the use of the customer’s name adds a personal element to the mix. This formula works and there’s no better example of a business appealing directly to a target segment than the number of people one sees in Starbucks with a MacBook or iPhone 5 for company. Nonetheless it’s all artifice.

The whole story is a triumph of brand over product and experience over commodity. It may be little dismissive to put it this way, but there is nothing substantial at the heart of what Starbucks does. No real emotional pull, no deeper meaning and, definitely, nothing of the value of the public’s perceptions of the co-operative movement. And yet, significantly, an experience, reinforced at all of the points that matter, that engages people, builds advocacy and explains the company’s unprecedented success.

What would Starbucks give as a starting point of local, friendly and trusted? These are not just words on a marketer’s mind map, but reiterated time and time again by the UK public, including most recently in the results of a YouGov survey undertaken for my 2013 paper Unbeatable and, I’d wager, in the results of the present Group survey.

This is our challenge. Co-operators all identify with the core values at the heart of our movement, but do the experiences our customers get in stores reiterate these values? Or do they contrast and / or detract from them?

We foot soldiers subconsciously live the brand every day, but do we bring it to life at the touch points that matter to our customers?

Are we truly making the most of the legendary status in which we’re held by the British public or – and this is my worry – are we performing a reverse Starbucks?

Imagine what our friends from Seattle would be able to achieve with such substantive, emotional core values at the heart of its service. It would have soul. It would be opening branches on Mars soon.

There’s no better way for the co-operative movement to respond to our present challenges than by connecting our values to our customers’ experiences. 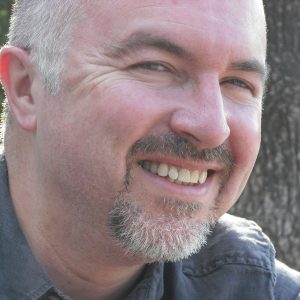 Mark Bradley is a customer experience specialist and the founder of The Fan Experience Company. In 2013 he published Unbeatable, based on research into emotional loyalty to co-operative businesses, developed with Co-operatives UK and Co-operative Energy.