It is now clear that 2014 will be a year of change for the Co-operative Group. Major reviews by Sir Christopher Kelly and my colleague, Lord Myners will...

By Lord Graham
Through the Co-operative Party and the parliamentary committee, the aspirations and concerns of the movement can be heard and acted upon at all levels of government. Image: Emma Bebbington / Parliamentary copyright

It is now clear that 2014 will be a year of change for the Co-operative Group. Major reviews by Sir Christopher Kelly and my colleague, Lord Myners will report at the AGM in May. The same meeting will be presented with the findings of the ‘Have Your Say survey’. There can now be little doubt that all three will have long term implications.

Sadly recent events have proved our structure and governance has been tried and found wanting, and as 1844 marks the founding of the modern co-operative movement, I hope we shall be able to mark 2014/15 as the launch of a refreshed ‘Rochdale Pioneers’ concept. Armed with markedly better prospects that the Pioneers had.

Some are using this as an opportunity to argue that the Group should change its historic relationship as a subscriber of the Co-operative Party and the Party’s electoral agreement with the Labour Party. This would be a mistake.

Throughout this time, the basis for co-operative endorsements at both local and national level has been openly and transparently declared and recorded. All large businesses recognise the importance of politics and therefore ensure that they are promoted and protected by a range of methods which contrast to our proud history of transparent, membership-based, political engagement.

There is a deep historical relationship and a well of shared values between the Co-operative Party, the labour movement and the Labour Party. There are also clear pragmatic advantages from the relationship. Given the nature of the British electoral system is was clear that working with Labour would achieve more for the co-operative movement than working alone. Without the 1927 electoral agreement far fewer co-operators would ever have been elected and the movement’s ability to influence policy and legislation would have been extremely limited indeed.

But that has never stopped the Co-operative Group or the wider movement from engaging with politicians of other political persuasions at either a local or national level. Indeed the link between the movement and the Co-operative Party has not prevented the Coalition Government from pursuing some mutual ideas and did not for example prevent them supporting the Co-operative Group’s bid to take over the Verde branches – however ill fated.

Of course it is the prerogative of individual societies to assess the value of their support for the Co-operative Party and consider what this relationship will look like in the future. For my tuppance worth, I have witnessed at first hand the good times and bad of the co-operative movement and Party and throughout that history there have been times when people have called for a break with Labour, but each time hindsight has shown the movement made the right decision to work within the Labour movement and Party to champion co-operation.

It has been Labour governments over the last 50 years that have passed the legislation that has supported growth and development of co-operatives – evidenced by the fact that the upcoming Co-operative Consolidation Bill only consolidates Labour legislation. Add to that our history as a consumer movement – and the fact that it is legislation passed by Labour governments (championed by Co-operative MPs including George Darling and Joyce Butler) which form the basis of modern consumer protection today and the leading role that Labour/Co-operative parliamentarians like Stella Creasy MP and Baroness Dianne Hayter are playing in championing the cause of consumers today.

It is clear that whilst the movement and Party can claim ‘job well done’ so far –there is undoubtedly a need to recognise the challenges and opportunities that exist and answer the call for change – retaining the best of the past with a radical programme of change to ensure we are fit for the future.

Our Parliamentary Group is now the largest and arguably the strongest in our history – 32 MPs and 17 Peers – including many of whom are Shadow Ministers. Working with Labour, the movement has the opportunity to influence strongly political and policy debates. A Labour government led by Ed Miliband – with Co-operative MPs and Peers in ministerial roles in many government departments – will offer a real opportunity to further strengthen consumer protection, reform the energy market, including significant role for community and co-operative energy, a flourishing of credit unions in a more accountable financial market, more ‘people power’ over the running of public services like the railways and, finally, a long overdue boost for co-operative housing.

For the movement to turn its back on that opportunity would be a historic mistake. 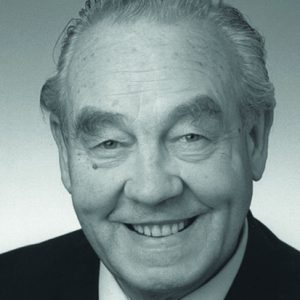 Coventry co-operative focuses on community in time of need
Previous