The Co-operative College’s Stirling Smith has just returned from running a training course for Sri Lankan co-operators in Madurai, India. Imagine meeting a group of people who had...

By Stirling Smith
The learners on the course were a good balance of men and women, senior leaders and young field worlers

The Co-operative College’s Stirling Smith has just returned from running a training course for Sri Lankan co-operators in Madurai, India.

Imagine meeting a group of people who had all lost a family member or close friend in a brutal civil war. I have just finished teaching such a group in Madurai, in the south of Tamil Nadu. They had all come across the narrow Palk Straits that separate Sri Lanka from India and were from the Tamil minority that has lived in the north of the island – previously known as Ceylon – for a thousand years.

Our English word serendipity comes from Serendip, an ancient name for Sri Lanka, but the island itself has not known much serendipity for the last three decades; in the summer of 1983, a civil war started between the state and a group that wanted an independent homeland for Tamils, resulting in enormous destruction and the death of around 70,000 people.

The war ended in 2009 – since then, hundreds of thousands of internally displaced persons (IDPs) have returned home and infrastructure has been rebuilt. But, as often happens with post-disaster reconstruction, the rebuilding of livelihoods has been neglected, and most donor groups only offer micro-credit schemes.

Co-operatives can offer something more substantial for communities, creating assets through collective entrepreneurship – and this is what we explored last month in a training course run for Sri Lankan co-operators. Normally, Co-operative College tutors travel to the learners, but the north of the island is still quite tense and the Sri Lankan army vets all foreign organisations and training events. So instead, we all met in Madurai, famous in India as home to one the biggest temples in the country.

The College partner for the course was a group of Tamils living in Europe, the Cooperative Society of the Netherlands for Humanitarian Activities (CSNHA), who raised the funds for learner travel, accommodation and the venue. 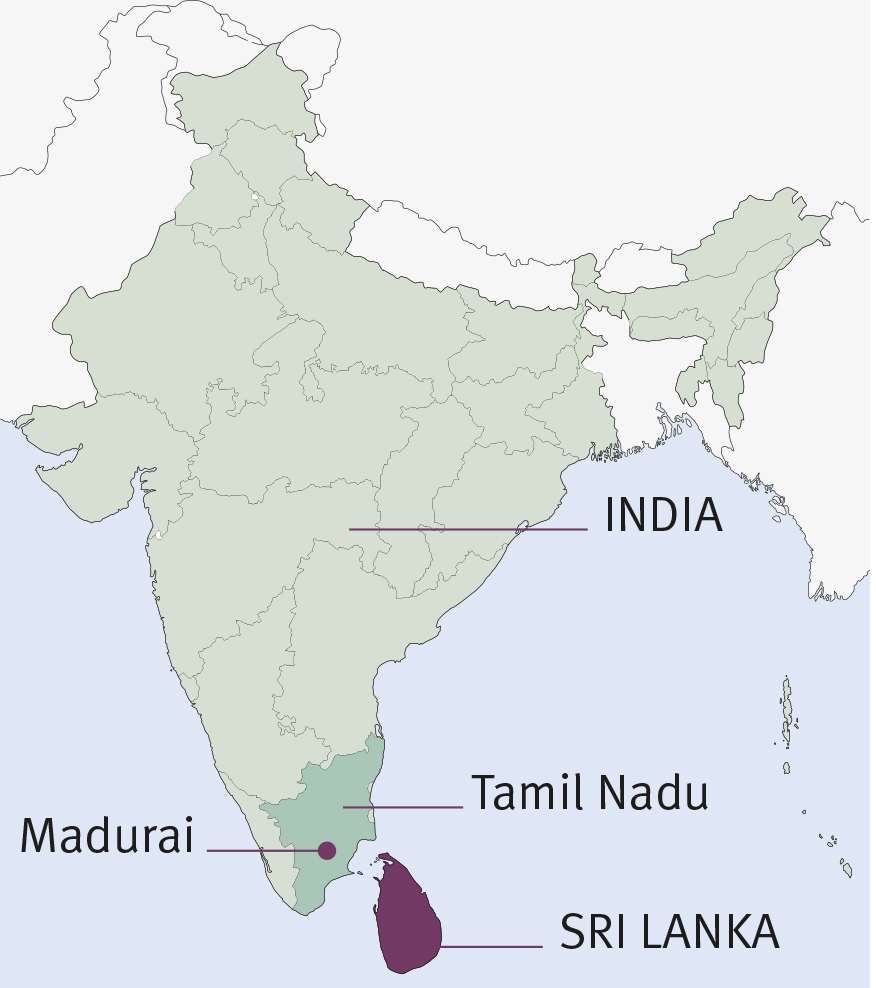 It was a strange feeling to be teaching in India and not understand the conversations around me; after living there for more than four years and visiting regularly for nearly three decades, I usually have enough Hindi to get by. But this time I was surrounded by Tamil speakers. The official languages in Sri Lanka are Tamil and Sinhala and the learners on my course did not know Hindi; in fact it’s a miracle they have managed to get to school or college at all, as education was massively disrupted during the war.

One hundred years ago, when it was the British colony of Ceylon, Leonard Woolf (the husband of Virginia) was the official in charge of the area. He was a keen supporter of co-operatives and the movement there has deep roots. However, the civil war destroyed co-operative assets and many members were killed or became IDPs. Most co-ops there today are thrift and credit societies, like our credit unions, but the understanding of basic co-operative values and principles is weak, and an NGO style of development with a strong pull towards dependency and project proposals has taken root.

In fact, nearly everybody started the course by stating that they wanted to learn how to write project proposals. They left accepting that they had to write business plans to revive defunct co-operatives or start new ones – one consequence of the war is the large number of widows, who are now struggling to survive, so many new business ideas centred on this group.

The learners were drawn from four districts in the northern province of Sri Lanka and were very well-selected, with a good balance of men and women, senior leaders and young field workers (the youngest participant was a woman field worker and just 22 years old). A better balance in fact, than we normally find on courses in the UK!

I had prepared course materials, but at the heart of all Co-operative College education and training events are learner-centred activities – such as getting people to play games and devise and perform plays showing co-operative values, during which they could work in their own language. Explaining activities through an interpreter can be tricky – though I was blessed with the services of Varthini – and it was certainly a challenge to explain “cash flow forecast” or “break even point”, through a rich, polysyllabic language like Tamil. I would say a sentence and Varthini would talk for five minutes. One word in English equals several in Tamil, it seems …

The National Co-operative Archive, housed at the Co-operative College, was a rich source of case studies for other parts of the course. Our learners were fascinated to hear about the visits from Britain to Ceylon in 1902, which led to the purchase of tea estates – only nationalised in the 1970s. We discussed how the British delegation prepared a detailed report back – and inspired, on the last day of our course, everybody prepared their own report for their colleagues back in Sri Lanka and committed to giving the report at meetings.

Plans were also prepared to set up new co-operative societies; revive ones that had closed; strengthen the wider co-operative movement; develop co-operative education; and promote gender equality and women’s empowerment in the co-operative sector.

Learners can feel inspired after a week’s training, but the impetus can be lost when they return to home. A long-term programme to build understanding of co-operative enterprise and business skills is required, so now we are in talks with CSNHA about how we can continue to support the war-torn north of Sri Lanka though co-operative training and development.

Co-operative College: education and training case studies
Next
Subscribe to the newsletter